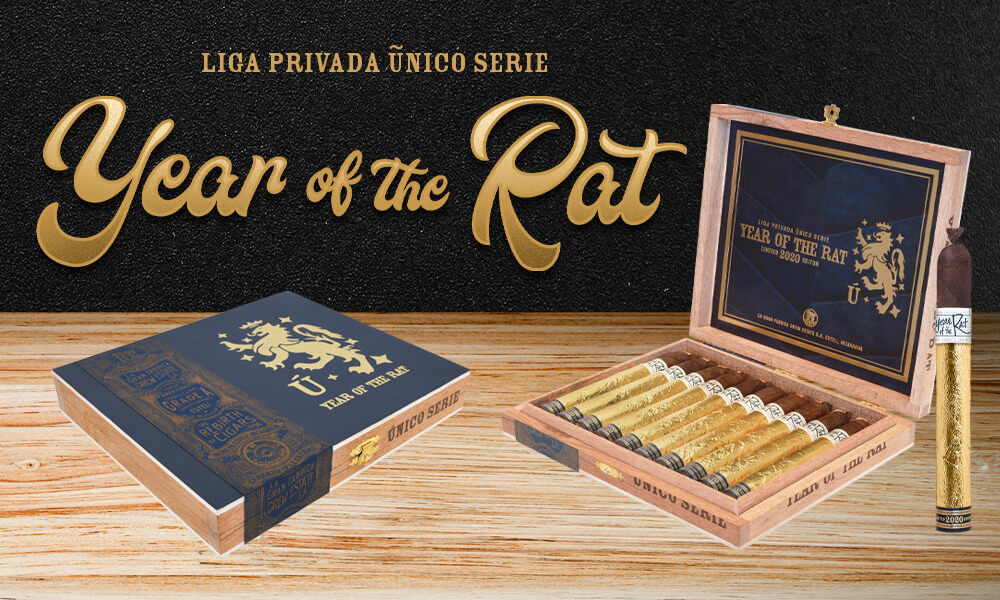 The Liga Privada Unico Year of the Rat cigars are presented in a 5 ½” x 46 vitola featuring the iconic fan tail featured on many Unico Serie cigars. The cigar is highlighted by a lush Connecticut Broadleaf capa with a flavorful Brazilian binder and rich Nicaraguan and Honduran fillers. Each Year of the Rat is wrapped in gold foil packaged in a beautifully embossed, blue Liga Privada Unico box.

From the Wynwood Safehouse, Jonathan Drew Founder and President of Drew Estate exclaims, “This one is for all you Dirty Rats out there …!  You hunters, hoarders and enjoyers of everything Liga Privada. For the last few years, the only way to snag this stick was during one of my personal DE events. Now, however, I feel is the right time to broaden the distribution of YEAR OF THE RAT and make it a bit easier for you Dirtys to get at it. So, please do like Chuck and hit up our DDRP events … and “go get some!”