Miami, FL – Drew Estate announced today that they would be launching their new Nica Rustica “Belly” at a release event held by Cox’s Smokers Outlets at the Louisville Water Tower Park on July 30th, 2015, and that the new size would be shipping nationally by September.

The blend features a Connecticut Broadleaf wrapper, Mexican San Andres binder and Nicaraguan fillers from the Jalapa and Estelí growing regions. The strength is medium-full and flavor notes include creamy cocoa and earth with light pepper notes on the finish. Fans of Liga Privada, Undercrown, MUWAT and, of course, the current Nica Rustica size, are sure to enjoy this blend.

Jonathan Drew, from Managua, Nicaragua stated, “Nica Rustica is a tribute to Estelí’s hard working cigar culture. Behind all the glitz and glam, there are thousands of factory Buncheros and Rolleros who keep their game strong and consistent to maintain Estelí, Nicaragua’s respected stature of ‘Mecca of Cigars’. The long awaited size, ‘Belly’, is a king of a Belicoso at an affordable price.”

The release event will be held at Louisville Water Tower Park in Louisville, KY on July 30th, 2015. Tickets are $35 and include 2 singles of the new Nica Rustica “Belly”, plus a traditional Nicaraguan Caballo Bayo style dinner and a Flor de Caña rum tasting. There will also be bundles of the Nica Rustica “Belly” available for purchase for attendees. The MSRP is $198.75 per 25-ct bundle ($7.95 per cigar). To purchase tickets to the event, visit http://bit.ly/nicabelly.

Founded in New York City in 1996, Drew Estate has become one of the fastest growing tobacco companies in the world. Under their mantra “The Rebirth of Cigars”TM, Drew Estate has led The “Boutique Cigar” movement by innovating new elements to the tobacco industry with their unique tobaccos and blending styles that have attracted new and traditional cigar enthusiasts. In their Gran Fabrica Drew Estate, the Nicaraguan headquarters, Drew Estate produces a variety of brands such as ACID, Herrera Estelí, Kentucky Fired Cured, Liga Privada, MUWAT, Natural by Drew Estate, Nica Rustica, Nirvana, Pappy Van Winkle Barrel Fermented Cigars, Tabak Especial, UnderCrown, and Java by Drew Estate. 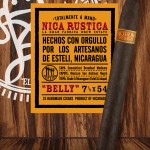 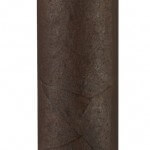 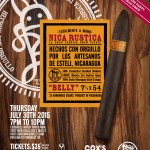