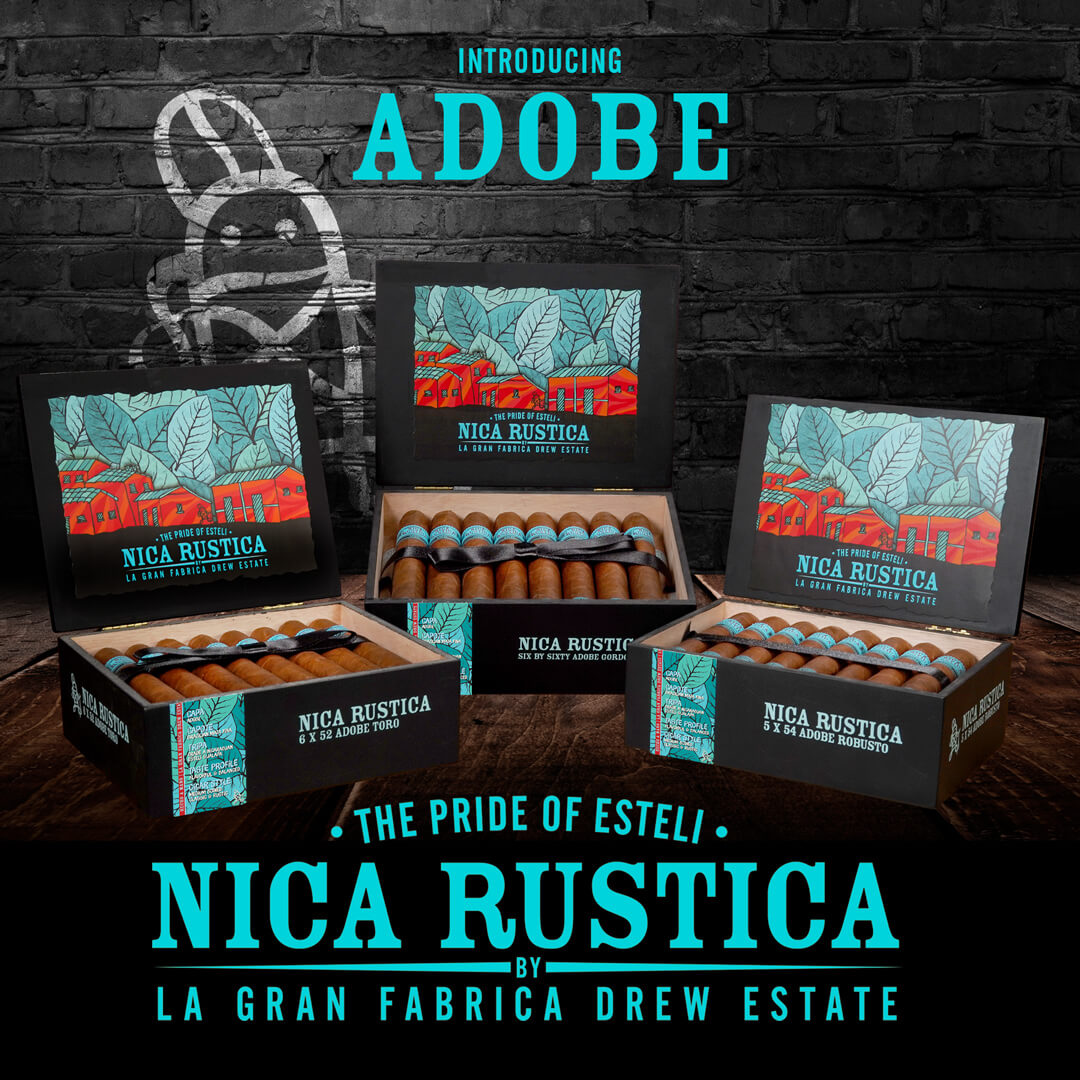 The Nica Rustica brand is Drew Estate’s homage and tribute to Estelí, Nicaragua, home to La Gran Fabrica Drew Estate. The soul of the lively romantic barrios of Estelí, adorned with their colorful colonial houses, magically comes to life in Nica Rustica Adobe, which will be available in three sizes: Toro (6 x 52), Robusto (5 x 54) and Gordo (6 x 60). While retaining many of the same characteristics as the Connecticut Broadleaf expression, Nica Rustica Adobe is the spicier version, using a Habano wrapper, Brazilian binder and Nicaraguan filler tobaccos from Estelí and Jalapa. Unpolished and unrefined, Nica Rustica Adobe is a medium- to full-bodied cigar that offers load of spice with a bold and very long finish … the perfect companion for adventurous cigar buffs.

Nica Rustica Adobe will be available in 25-count boxes that feature colorful original artwork by Subculture Studios’ Richard “Dog” Diaz, who captures the rugged, robust and rustic essence of Estelí. Diaz’s romantic vision of Estelí also incorporates the city’s official symbol and proud emblem, El Brujito, a petroglyph of a native shaman carved some 6,000 years ago onto a rock on a mountain near Estelí.

“Nica Rustica Adobe is a proud and no-nonsense cigar that represents our strong bond between La Gran Fabrica Drew Estate and its beautiful Nicaraguan home, where the mountains meet the sun,” says Jonathan Drew, Founder and President of Drew Estate. “We are united as one with the proud Estelíanos who work in and run our factory … and who bring the Drew Estate story to life every day around the world. From our house to your humidor, Nica Rustica Adobe is an audacious Habano experience that everyone at La Gran Fabrica Drew Estate is excited for you to try.”

Nica Rustica Adobe will be available for regular distribution to all retailers beginning in August.