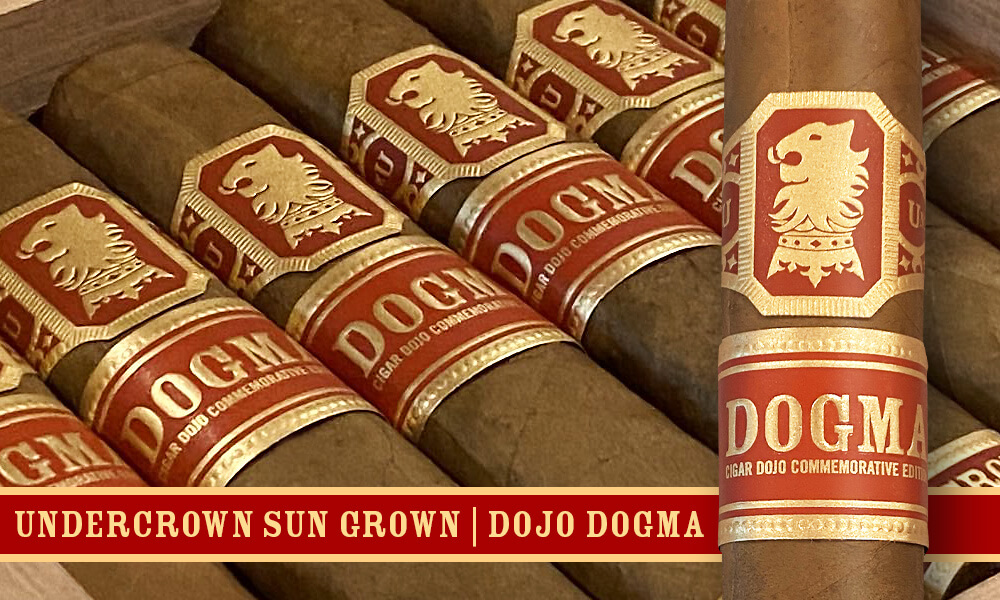 From the Cigar Dojo studios in Lakewood, Colorado Master Sensei Eric Guttormsom adds, “How could we possibly follow-up the original Undercrown DOGMA? We did it by taking our Cigar of the Year from 2017 and DOGMA-fying it! The Dojo team can’t wait to drop the details on Drew Estate’s Freestyle Live Facebook show TONIGHT!”

Undercrown Dojo Dogma Sun Grown is a 5 x 54 box pressed robusto chosen by Cigar Dojo Master Sensei Eric Guttormson and Drew Estate Master Blender Willy Herrera for its bolder profile. The Sun Grown Dojo Dogma features an Ecuadorian Sumatra seed, Sun Grown capa, with Connecticut River Valley Stalk Cut/Cured Sun Grown Habano binder, and a complimenting, powerhouse blend of Nicaraguan premium fillers. One leaf of extensively aged Ligero from the Nueva Segovia region along the border of Honduras has been selected to enhance the strength of the blend. It is packaged in a 24 count wooden box, featuring the dual emblems of Undercrown and the Cigar Dojo community. 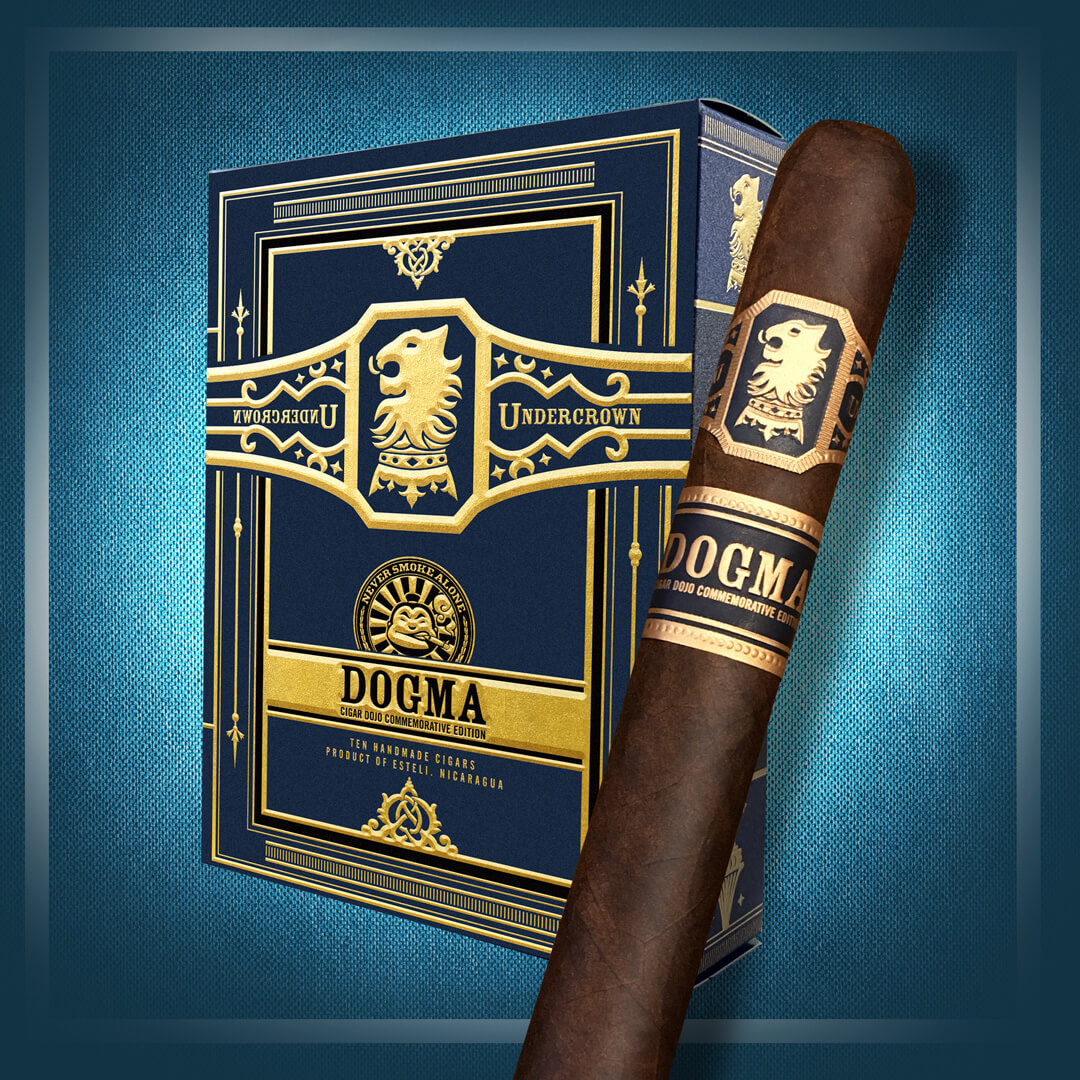 From the Wynwood Safehouse, Jonathan Drew Founder and President of Drew Estate highlights, “Community is a huge part of our soul at Drew Estate. We rely on each other through ups and downs; we lean on one another, disciplined, determined, and accomplish tremendous feats while enjoying the ride. Our partnership with Cigar Dojo has never been stronger and together we bring you the str8 fire that is the Undercrown Sun Grown Dojo Dogma! It’s definitely Muy Caliente!”

The Undercrown Dojo Dogma Sun Grown is packaged in 24 count wooden boxes with an MSRP of $244.80 and shipping in August.

The Undercrown Dojo Dogma Maduro is packaged in a 10 count petaca with an MSRP of $107.87 and shipping in September.

For full coverage of Undercrown Dojo Dogma Sun Grown and Maduro and all of Drew Estate’s upcoming national releases check out our 2020 #DESummerTakeover promotion at www.drewestate.com/summertakeover and be sure to tune in to Freestyle Live: Special Edition hosted on facebook.com/drewestatecigar on June 11th from 7:00-9:00pm EST.