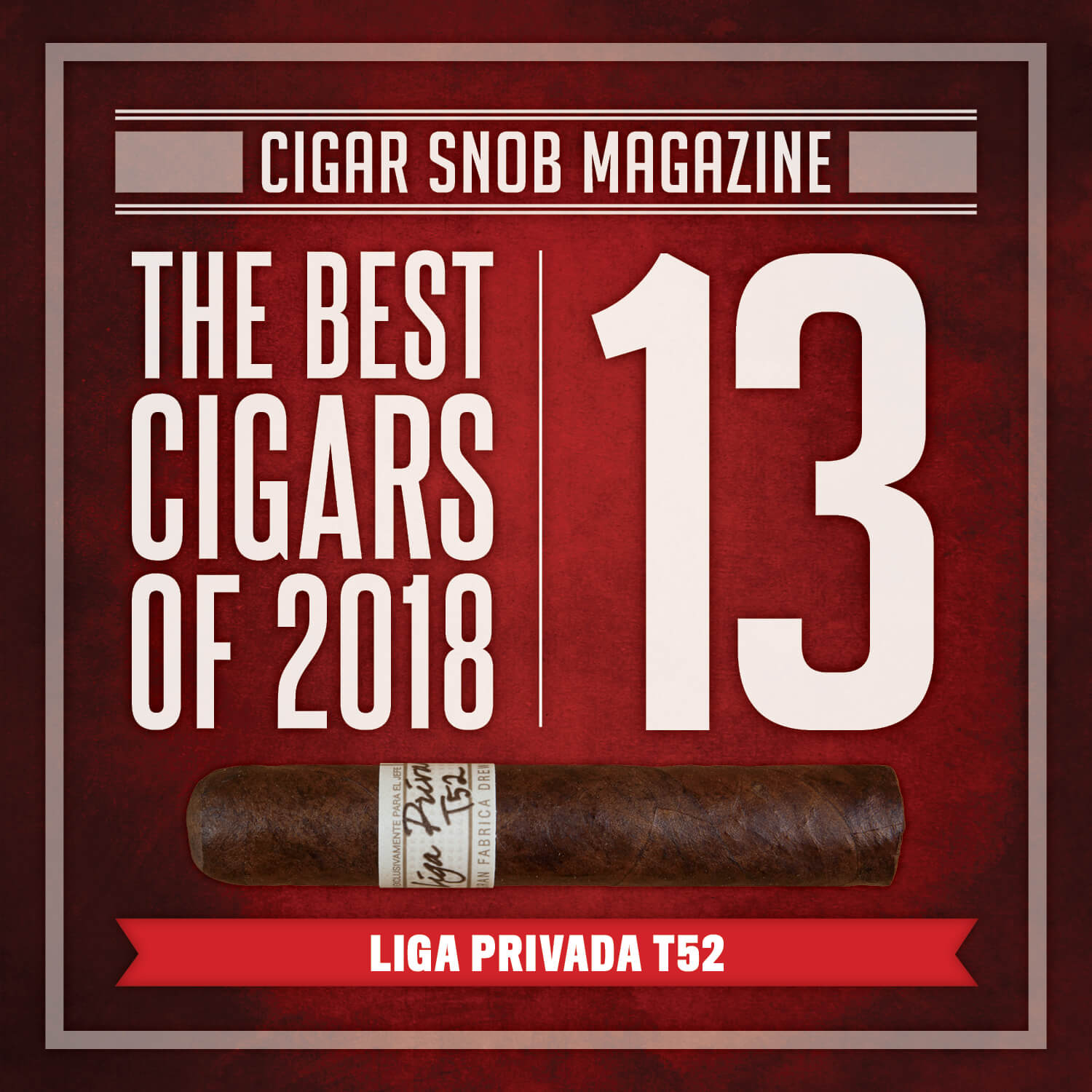 CigarSnob Magazine has published their list of the Top 25 Cigars of 2018, with both Drew Estate and Joya de Nicaragua making the list!

The Liga Privada T52 Robusto earned a 92 Rating by the CigarSnob team with a ranking of #13!

Meticulously blended over a period of two years to be a worthy humidor companion to our much heralded Liga Privada No. 9 recipe. With notes of black pepper and spice, it is our choice when desiring a stronger, more robust smoke. Like its predecessor, it is a complex marriage of seven distinct aged tobaccos handcrafted by only our absolute best torcedors. Each cigar is guaranteed to be flawless in construction, flavor and character…without exception.

Our partners at Joya de Nicaragua made the top 25, with the Joya Silver Toro coming in at #25.

The national release of Joya Silver is a shining representation in the Joya family of our continuous quest for a truly unforgettable smoke. Silver is a box pressed cigar that delivers a dynamic complexity of fresh spice, chocolate and cherry notes. Its oscuro upper-priming wrapper showcases the perfect complement between the richness of the Nicaraguan fillers and the refined sweetness of the Ecuador grown wrapper and Mexican binder. The result is a medium to full body smoke that achieves an indulging matching of flavors.

Thank you to the CigarSnob team for honoring us!