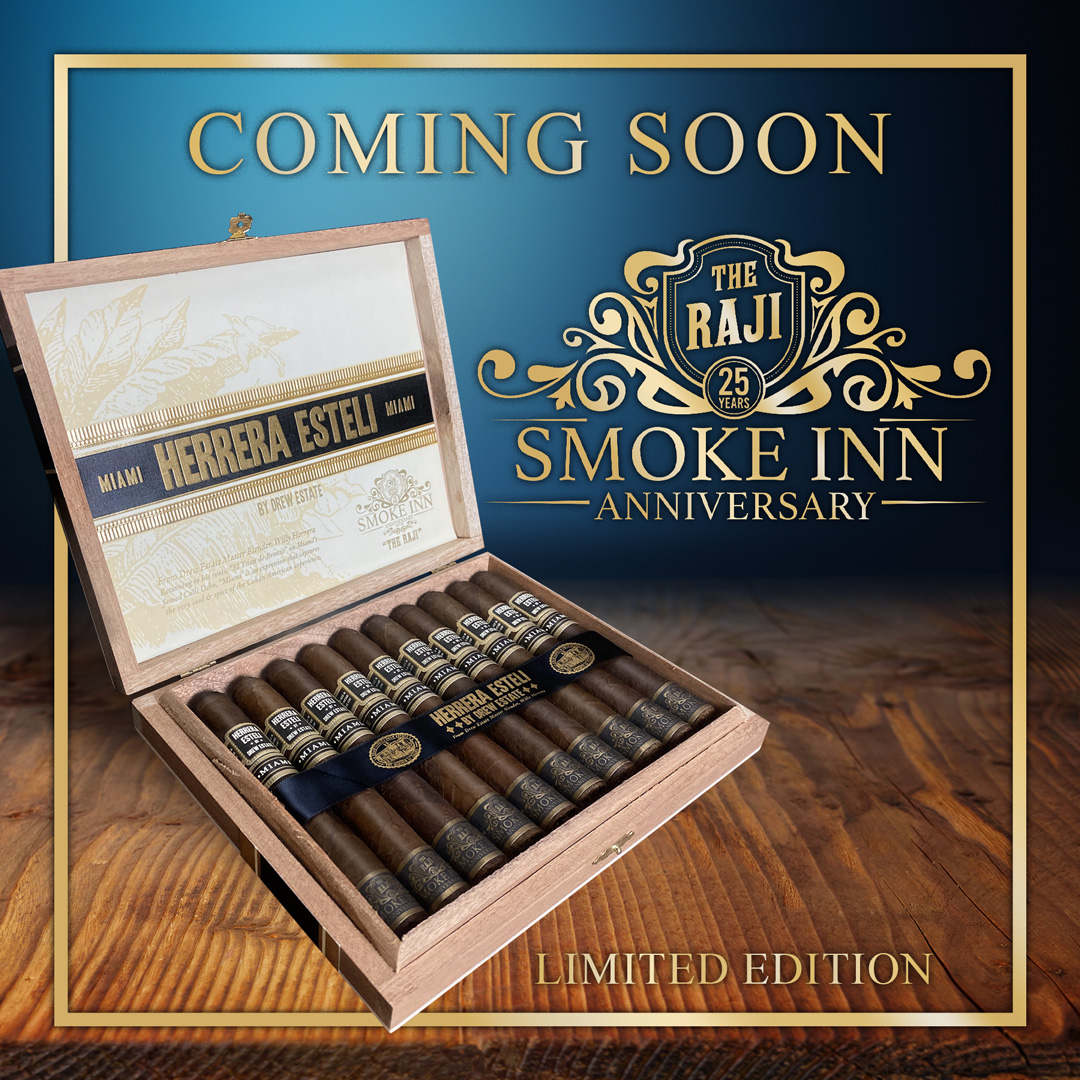 Every Herrera Estelí Miami Smoke Inn 25th Anniversary Raji cigar features a commemorative band around its foot, and the cigars are packaged in 10-count boxes that are adorned with the Smoke Inn logo. Ramping up the celebration and honoring Raji Dababneh even more, Raji’s signature is emblazoned on the bottom of every box.

“When I was growing up in Chicago, I watched my dad work tirelessly at the little grocery store he owned,” says Abe. “He always put in whatever it took to overcome any challenges and keep a roof over our heads and food on our table. He is a true inspiration for me as a businessman, husband and as a father. I learned, and continue to learn, so much from him. Dedicating our 25th anniversary cigar to him is the best way for me to give my heartfelt thanks to him for all that he has done for me.”

Founder and President of Drew Estate, Jonathan Drew adds, “Abe and I have been close friends from very early on, and he has always been a true ‘stand and deliver’ guy who deserves tremendous success. His father, Raji, clearly has been a great mentor and teacher. It’s an honor to pay tribute to Raji, as well as celebrate Smoke Inn’s 25th anniversary with this majestic Herrera Estelí Miami expression.”

Available beginning on April 6th and limited to only 250 people, tickets for Smoke Inn’s 25th Anniversary party are sure to sell fast. Tickets cost $250 and may be purchased exclusively through the company’s website, smokeinn.com. After the event, Herrera Estelí Miami Smoke Inn 25th Anniversary Raji cigars will be available exclusively at Smoke Inn while supplies last.

JOYA NINJARAGUA: THE CIGAR THAT NO ONE DEFEATED
Undercrown 10 Gets a Stellar 91 Rating from Cigar Aficionado Cigar Insider