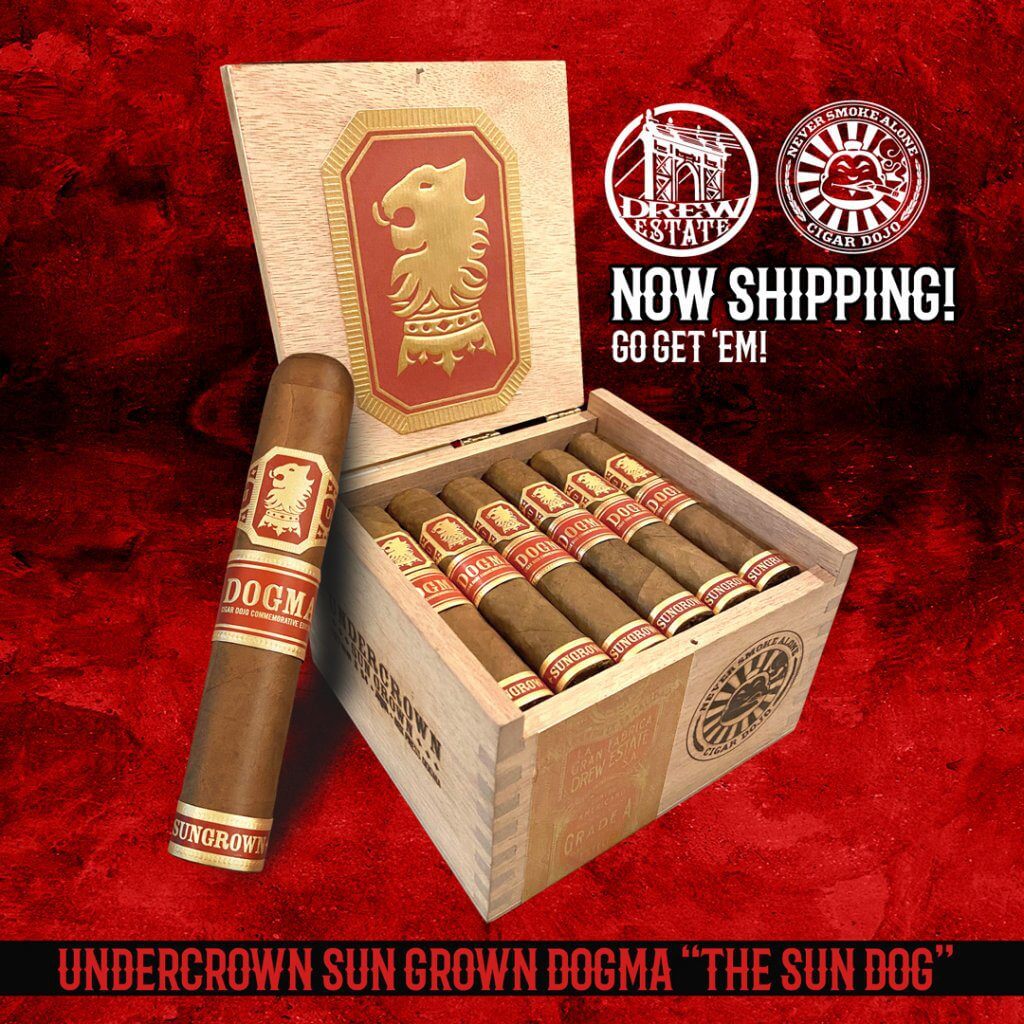 “So some of you out there may think that you actually hate rap music,” says Jonathan Drew, Founder and President of Drew Estate. “You might even say to your golfing buddies ‘I love the opera music, and as a matter of fact, me and my honeybee even like to dance to it.’ Well, first of all, ain’t nobody dancing to opera … and … secondly, you actually love old-school hip hop, but just don’t realize it. I know this because you love Drew Estate!!! You know you be coveting those DE Shady’s from this year, last year, and way back ‘cause they’re so tasty!!!  We know you love ‘em … and also errybody in the whole wide world love Dojo Dogma’s … and that’s a straight scientific fact. This is my communication for today. Danke Schoen.”

Honoring the release of this year’s Undercrown Dojo Dogma limited editions, Smoke Inn will host a virtual event on Smoke Inn’s Facebook page (facebook.com/smokeinncigars) beginning at 7 p.m. Eastern on Oct. 14. Jonathan Drew; the Cigar Dojo team; and Smoke Inn’s owner, Abe Dababneh, will attend the marquee event, which will be jam-packed with special deals and other exciting surprises.