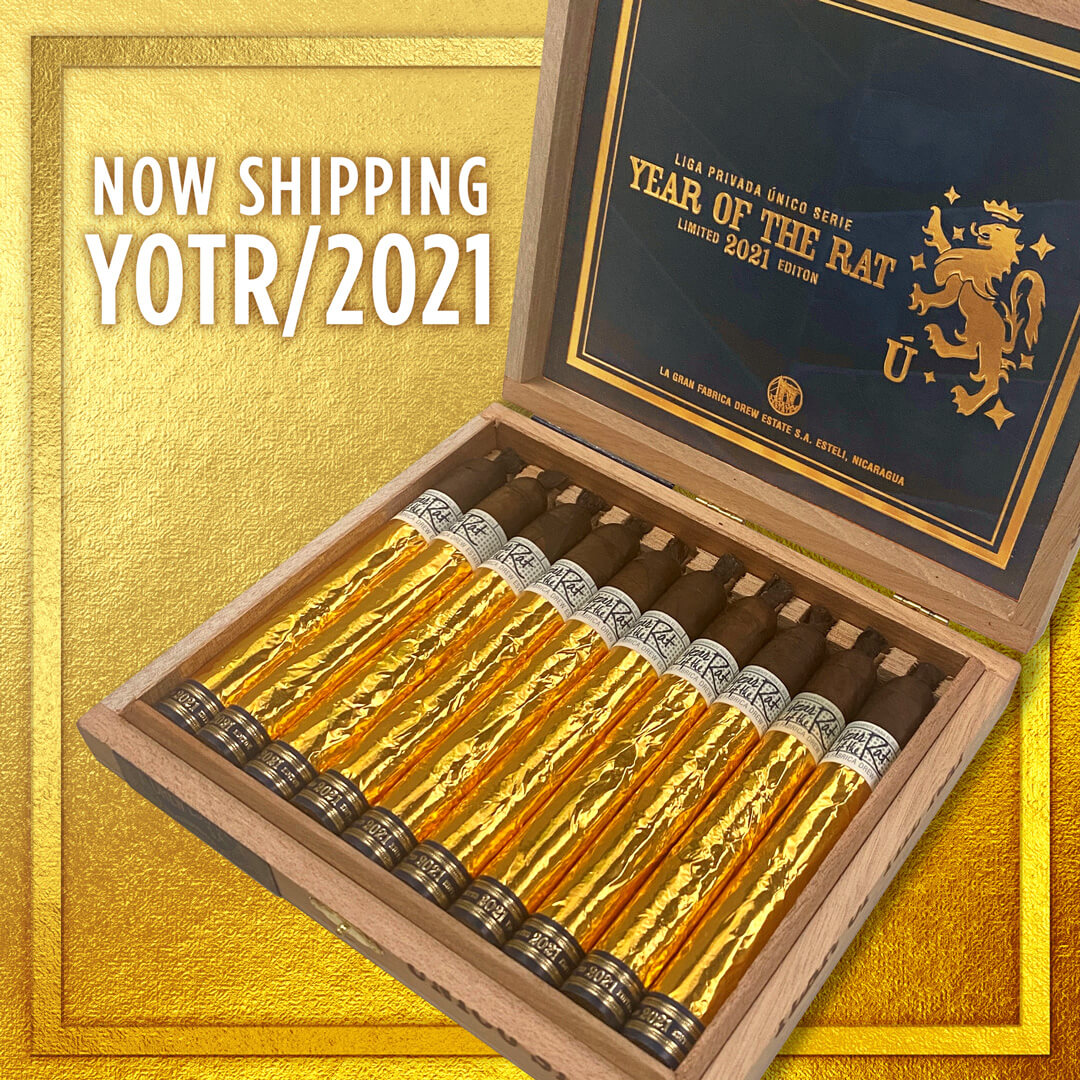 Liga Privada Unico Serie Year of the Rat debuted in 2016 as an exclusive cigar available only at the Drew Estate Lounge inside the BB&T Center, home to the National Hockey League’s Florida Panthers, to celebrate the 20th anniversary of the team’s only appearance in the Stanley Cup Finals. One night, during the 1995-1996 season, a rat appeared in the Panthers’ locker room before a game. Panthers’ player, Scott Mellanby, “one-timed” the rat with his hockey stick, sending it against the wall and killing it. During that night’s game, Mellanby scored two goals … a feat that a teammate described as the “rat trick.” A few nights later, fans began throwing rubber rats onto the ice whenever the Panthers scored a goal, and for that season, a tradition was born. In 2020, the Year of the Rat was re-released as a Drew Diplomat Program event exclusive cigar. For 2021, the Liga Privada Unico Serie Year of the Rat limited edition cigar’s distribution has grown, and it is now available to all Drew Diplomat Program participants.

From Sag Harbor, New York, Jonathan Drew, Founder and President of Drew Estate, says, “When these dirty Rats first appeared, the only chance you got to catch one was by attending one of my personal Drew Estate events but the Rat infestation has grown to become more accessible to Liga Privada Ratters to snag one of these rare and tasty treats. You better act fast though because this Rat race will end soon!”

The 2021 Liga Privada Unico Serie Year of the Rat will be available exclusively to Drew Diplomat Program partners beginning in early July. The limited edition cigars’ MSRP will be $16.40 per cigar/$164.00 per box.