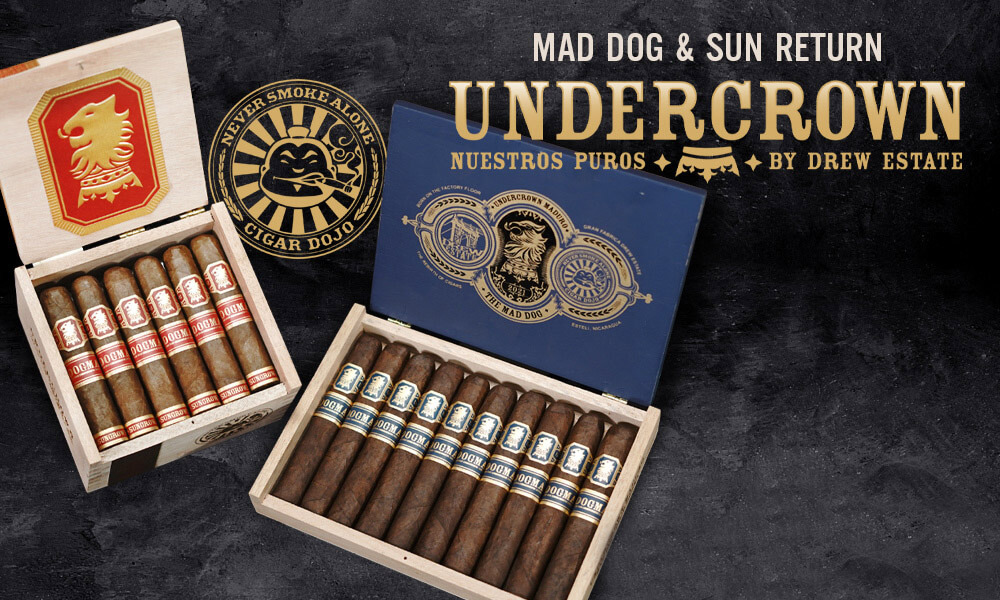 Jonathan Drew, Drew Estate Founder and President explains, “The Cigar Dojo community represents true cigar fellowship … !!  DE has always been proud of our association with Dojo and the vast, diverse crew who rep the name. Undercrown Dojo Dogma is a passion project for our factory torcedors and Pedro Gomez, our Factory Spokesman, who feel as though they are expressing their heart and soul directly to the final consumers with each puff … almost as if they are speaking to them, face-to-face during our factory tours, Cigar Safari.”

From the Cigar Dojo studios in Lakewood, Colorado, Master Sensei Eric Guttormson comments, “Undercrown Dojo Dogma has been our most popular collaborative cigar by far. They smoke great right out of the box and improve even more with proper age. Our friends and retailers who make up the Cigar Dojo community truly look forward to its release every year, and they never last long on retailers’ shelves or inside consumers’ humidors.”