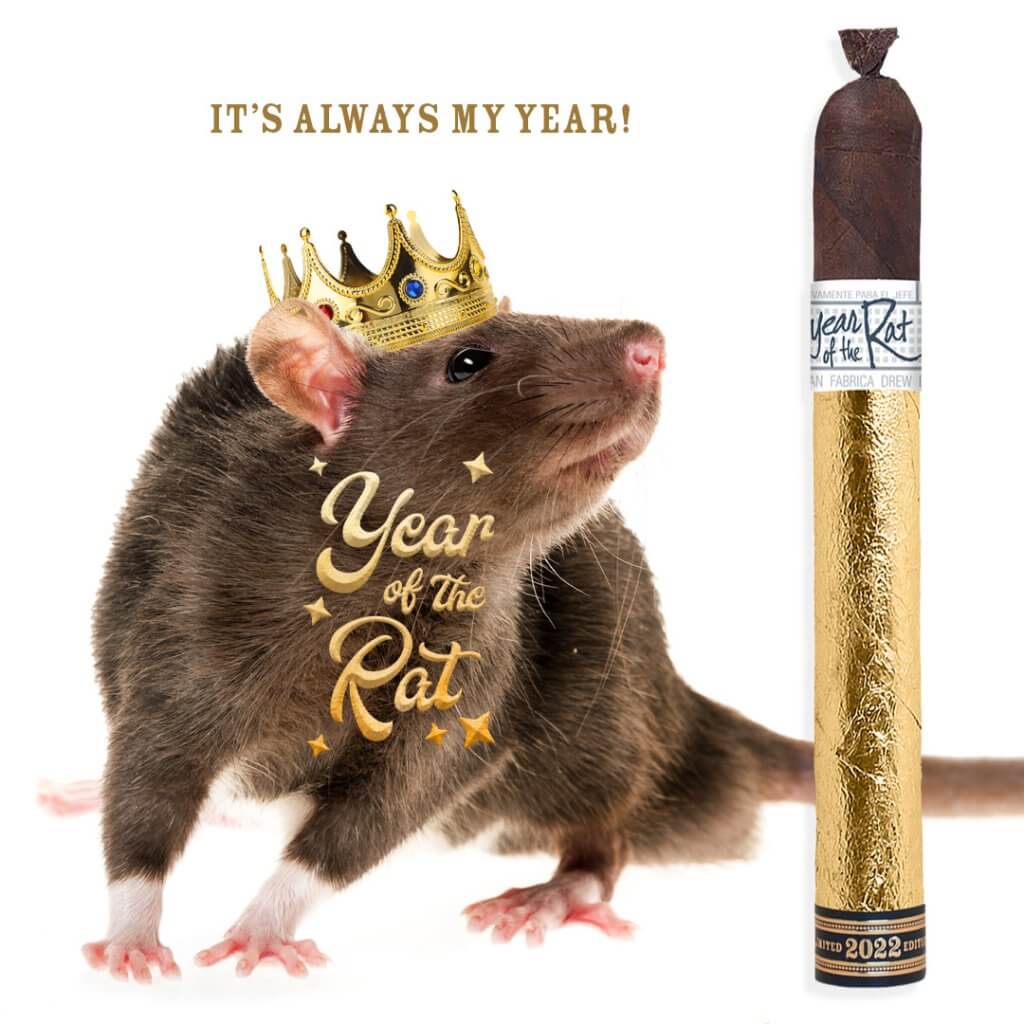 Liga Privada Unico Serie Year of the Rat first appeared in 2016 to honor the 20th Anniversary of the Florida Panthers’ only National Hockey League Stanley Cup Finals appearance. During the Panthers’ run to the Finals, the team’s Scott Mellanby killed a rat in the locker room before scoring two goals in the game. Mellanby’s feat was a “Rat Trick,” and fans soon began tossing rubber rats onto the ice whenever the team scored. Originally available only at the Drew Estate Lounge inside the Panther’s BB&T Center, Liga Privada Unico Serie Year of the Rat achieved wider fame beginning in 2020 when it was re-released as a Drew Diplomat Program event exclusive cigar. Since 2021, distribution of Year of the Rat cigars has expanded to all Drew Diplomat Program participants.

“With music sometimes a new song comes out and you’re like, ‘Yo, hit rewind,’ and your homies are pissed ‘cause you made ‘em play it three times,” says Drew Estate Founder and President, Jonathan Drew. “It’s a testament to a proper beat, the lyrics, the complete-ness … well same thing for Year of the Rat … so today we hittin’ the rewind button … like Chuck D, we’re bringin’ that beat back.”

The 2022 Liga Privada Unico Serie Year of the Rat will be available exclusively to Drew Diplomat Program partners beginning on June 15. The limited-edition cigars’ MSRP will be $17.12 per cigar/$171.20 per box.