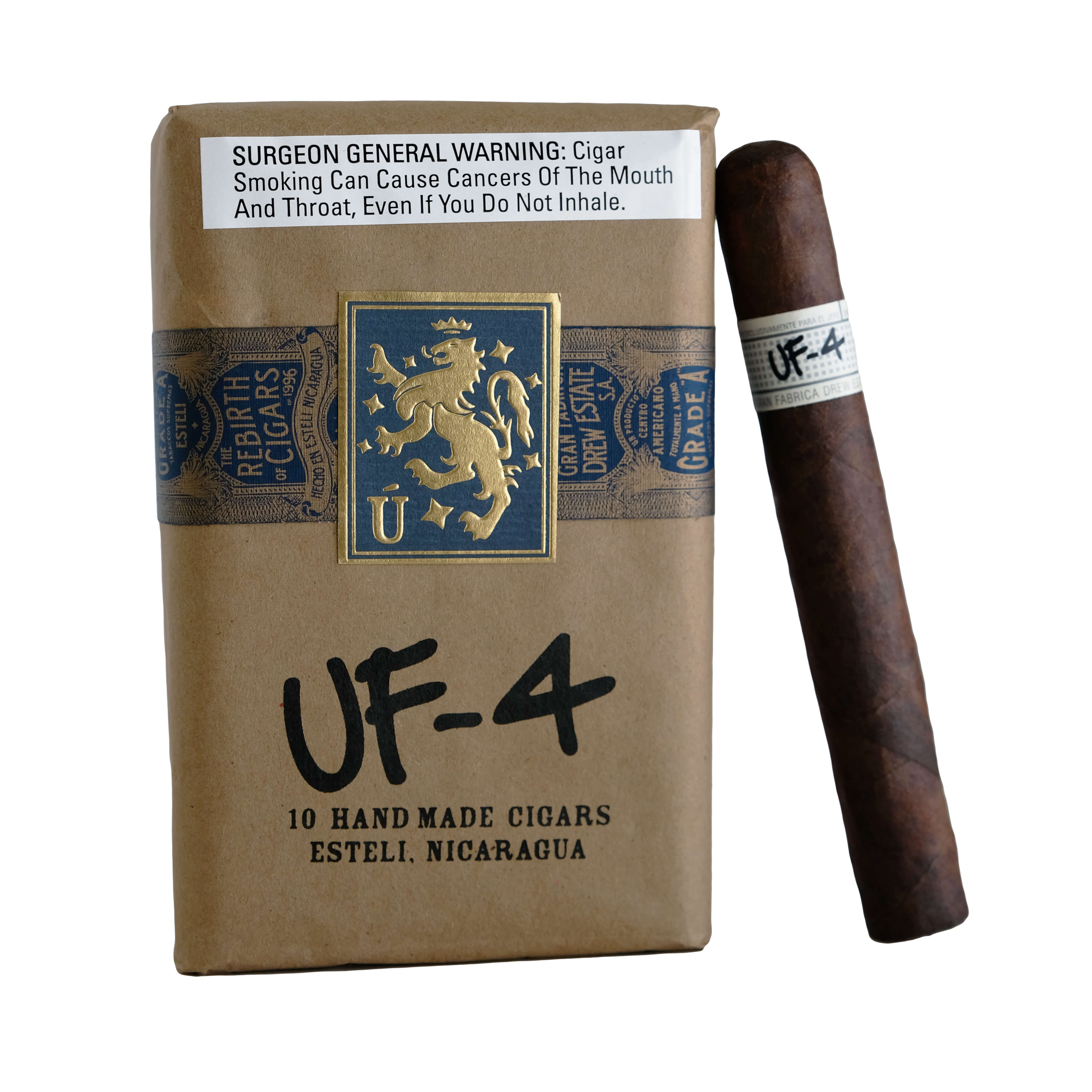 The Liga Privada Unico UF-4 features a lush Connecticut Habano wrapper, Brazillian binder and fillers from Honduras and Nicaragua; all combining into a rich and powerful experience. UF-4 is based on the original test blend of the Liga Privada T-52 that was not chosen for production, yet it remains Jonathan Drew’s favorite variant of the blend. The UF-4 was introduced in 2010 and is released annually every October as a Casa de Montecristo exclusive.

From Chicago, founder and President of Drew Estate Jonathan Drew notes, “Each year, as get closer to Halloween, I feel amped up to celebrate with my friends at Casa de Montecristo the annual launch of the Liga Privada UF-4. This limited release gets all of Chicago hyped up!! This year we added a DJ to the event and it should be bananas.”

The Liga Privada Unico UF-4 is sold in a 10-count soft pack.