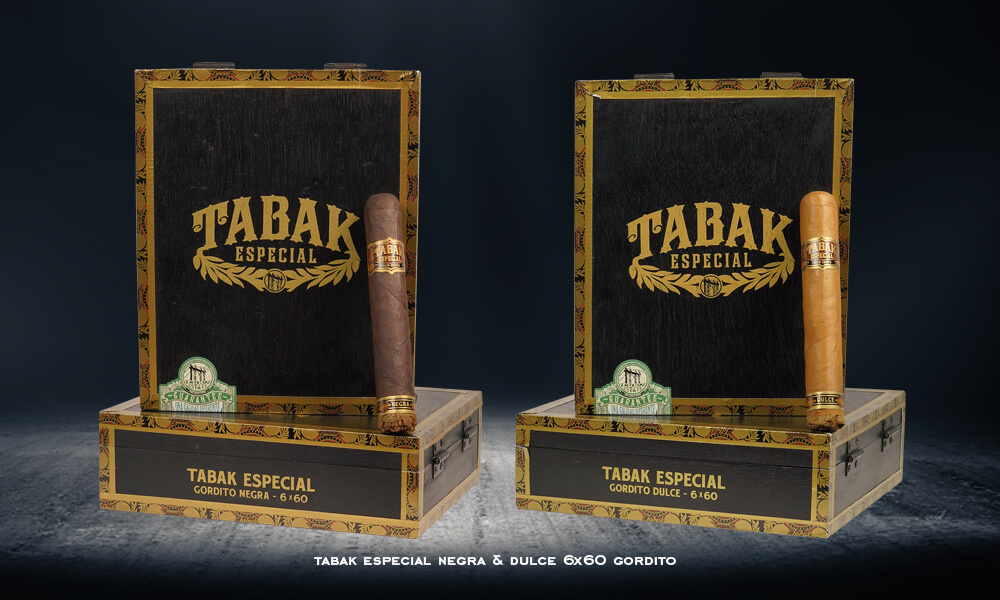 Perfect for pairing with your morning coffee, the Tabak Especial Dulce Gordito is a 6×60 vitola wrapped in a creamy Ecuadorian Connecticut wrapper, with lush Sumatran binder and rich Nicaraguan fillers. When you need an after-dinner Espresso, however, you will want to grab a Tabak Especial Negra Gordito. This 6×60 vitola is wrapped in a very dense Maduro wrapper, and is unquestionably the greatest thing since sliced bread.

From the Wynwood Safehouse, Jonathan Drew President and Founder of Drew Estate adds, “These 60 ring Tabaks are a must have for the large ring gauge smokers, like powerful bomb, furious explosions… especially the maduro. When you walk into the party with this bad boy lit, you’re the king! When you go to the shop and you’re burning one, boom, you’re the king!! You’re walking the dog on the block, king!!! Gordito is a king, the Mega King!!!!”

The Tabak Especial Gordito is packaged in 10 count boxes, both in Dulce and Negra, with an MSRP of $102.90, shipping in July.

For full coverage of Tabak Especial Gordito and all of Drew Estate’s IPCPR national releases check out our 2019 #DEIPCPR promotion at www.drewestate.com/IPCPR. If you are attending IPCPR stop by for a smoke at the Drew Estate Booth (Booth #3213), and enjoy a crafted ACID cocktail under the Water Tower.