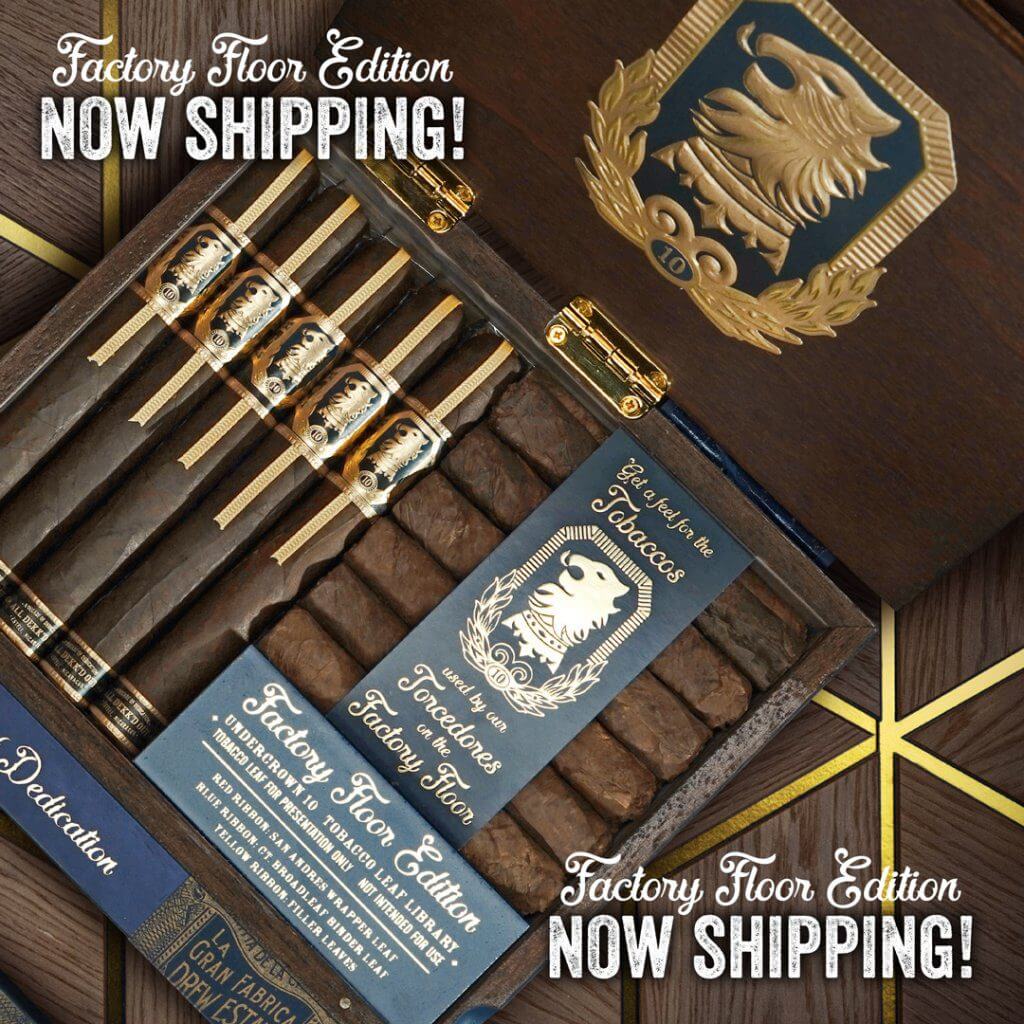 The heralded Undercrown brand was “Born on the Factory Floor” in 2011 with a unique lens upon the rollers who initially created the blend. Today, Drew Estate pays homage to Undercrown’s tenth birthday with “A Decade of Dedication” celebration that features the signature Undercrown 10 Factory Floor Edition.

“The epic presentation behind Factory Floor Edition is an added touch of class to Undercrown 10, offering an experiential component while you burn your cigar,” says Jonathan Drew, Founder and President of Drew Estate. “It’s as if you’re magically transported by Elon Musk to our factory floor, where our torcedores warmly greet you and demonstrate the blend selection behind Undercrown 10. It’s like, yo, we want you there with us at the factory but that’s not possible right now. So, snag a box of these and let’s ride.”

With an MSRP of $272 per box or $13.60 per cigar, Undercrown 10 Factory Floor Edition is now available at Drew Diplomat Retailers nationwide.