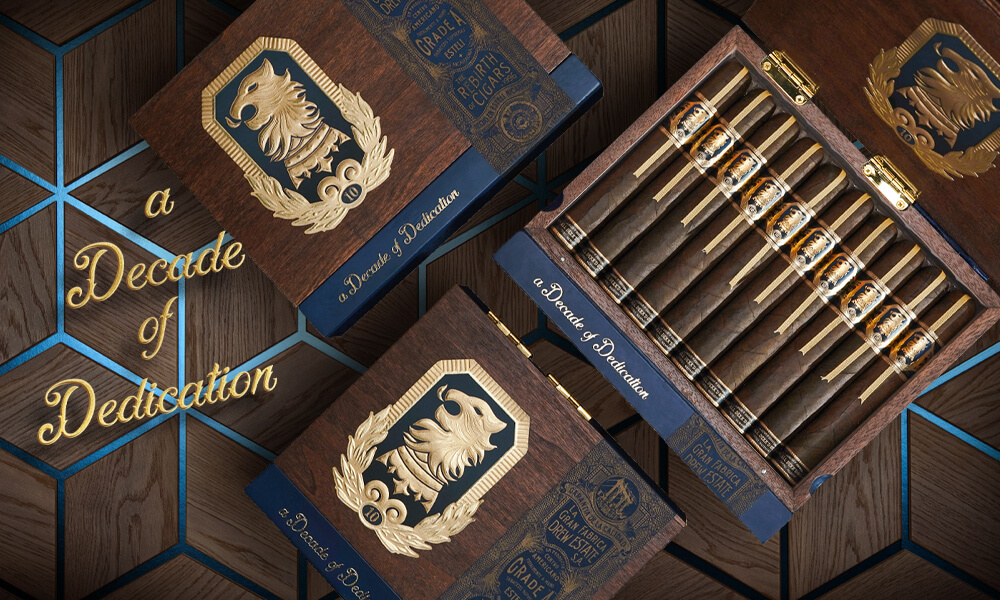 Drew Estate Unveils Undercrown 10 to Commemorate its “Decade of Dedication”

To celebrate the brand’s anniversary in 2021, Drew Estate is getting “All Dekked Out,” a tag line that denotes Undercrown 10’s elegant packaging and reinforces the pride of Undercrown’s ten years of excellence. The new, sophisticated packaging is surpassed only by Undercrown 10’s complex, rich and bold blend of ultra-premium aged tobaccos that includes the highest priming of Mexican San Andres dark wrapper, the very finest Broadleaf binder from the Connecticut River Valley, and a tripa blend of select and rare Nicaraguan tobaccos.

Jonathan Drew, Drew Estate’s Founder and President pontificates, “Undercrown is a noble prince of a brand, both humble and loyal, who is now to become a king. The new UC10 expression represents its super-premium platform, sealing the brand’s destiny … as the good king whose brand promise is gratitude for our talented team at La Gran Fabrica. The new UC10 is so incredibly important to Drew Estate that we gave it two slogans, ‘A Decade of Dedication’ and ‘All Dekked Out.’ Add those two slogans to ‘Born on the Factory Floor,’ and the Shakespeare really unfolds.”

Born on the factory floor at La Gran Fabrica Drew Estate, the Undercrown brand is a passionate testament to the creative talent, dedication and self-determination of Drew Estate’s torcedores. Blended with many of the same rare vintages found in Liga Privada, Undercrown quickly became a grand slam for Drew Estate as consumers felt a deep personal connection to the grass-roots firebrand that celebrates the typically unheralded working-class heroes employed at the Drew Estate cigar factory.