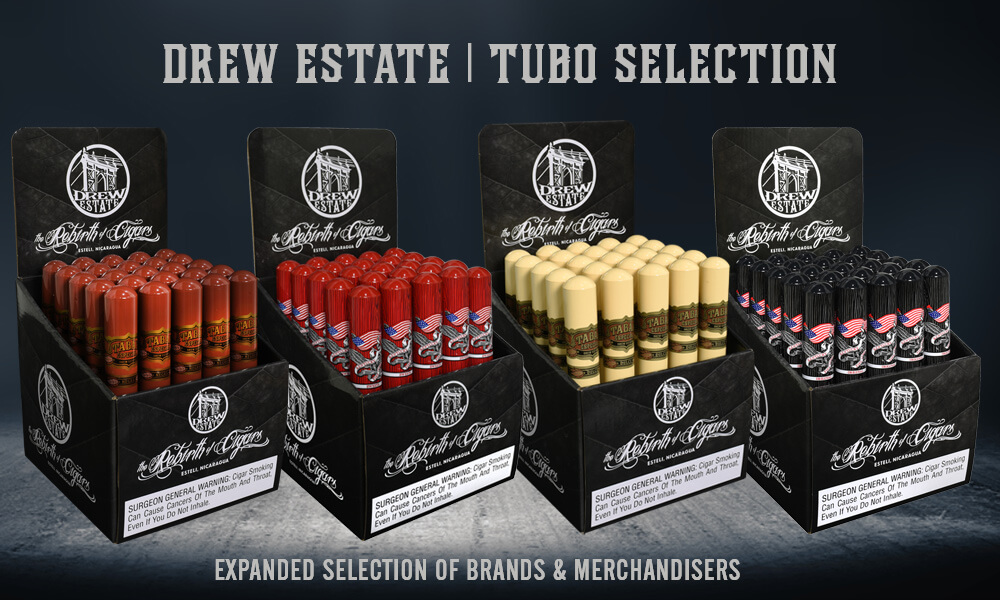 The released Tubos are shipping alongside a retail counter merchandising solution and are packaged in 25 count bundles. These solutions are designed to prominently display these cigars to the retail customer, effective both in the humidor and on the counter.

From Wynwood Safehouse, Jonathan Drew President and Founder of Drew Estate notes, “The Tubo collection serves our brick & mortar Retailers with on-the-run options for their increasingly mobile customers. These days, dudes and dudettes are jumpin on a CityBike with their Go-Pro and Yeti, ready for wild ass Instagramming. We built our Tubos to withstand small, curbside accidents and other unanticipated mobile risks. Drew Estate cares.”

For full coverage of Drew Estate Tubos and all of Drew Estate’s IPCPR national releases check out our 2019 #DEIPCPR promotion at www.drewestate.com/IPCPR. If you are attending IPCPR stop by for a smoke at the Drew Estate Booth (Booth #3213), and a crafted ACID cocktail under the Water Tower.

Paying tribute to the visionary businessmen that started all. Introducing Cinco Décadas Fundador: the smoke to rise to the occasion
Drew Estate Announces the National Release of Frenchies in Both the ACID and Tabak Especial Brands