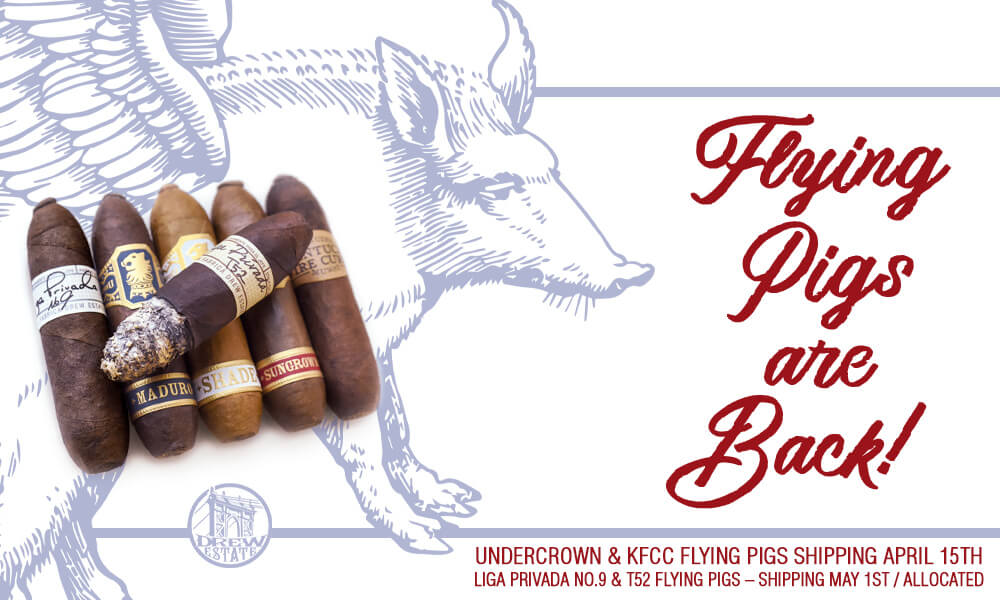 The Flying Pig is one of the most desired vitolas in the company’s portfolio, presented in a 100mm x 60 ring gauge and is a favorite amongst cigar enthusiasts worldwide. The shape is based on a photograph of an 1895 cigar salesman’s size selection case. It is one of the most complicated vitolas to manufacture due to the unique size and signature pig-tail, which required specialized training of the buncheros and rolleras at La Gran Fabrica in Esteli.

From the Wynwood Safehouse, Jonathan Drew Founder and President of Drew Estate notes, “It is such a challenging time in the world right now, incredibly difficult for everyone in every corner of the world.  To those who have lost loved ones, we especially feel your pain.  To the first responders and their families, nurses, doctors, police, fireman, hospital staff, truck drivers, and others who are fighting the good fight – we are with you and love you.  We spark up a Flying Pig in your honor and salute you!!!”

This seasonal release commences with the Kentucky Fire Cured Flying Pig, featuring a Kentucky seed tobacco, grown and fire cured in Hopkinsville, Kentucky, accompanied with Nicaraguan and Brazilian fillers. The cigar is wrapped with a Mexican San Andres cover leaf that adds depth and balance to the blend profile. The Kentucky Fire Cured Pigs are presented in 12 count boxes and have an MSRP of $115.17.