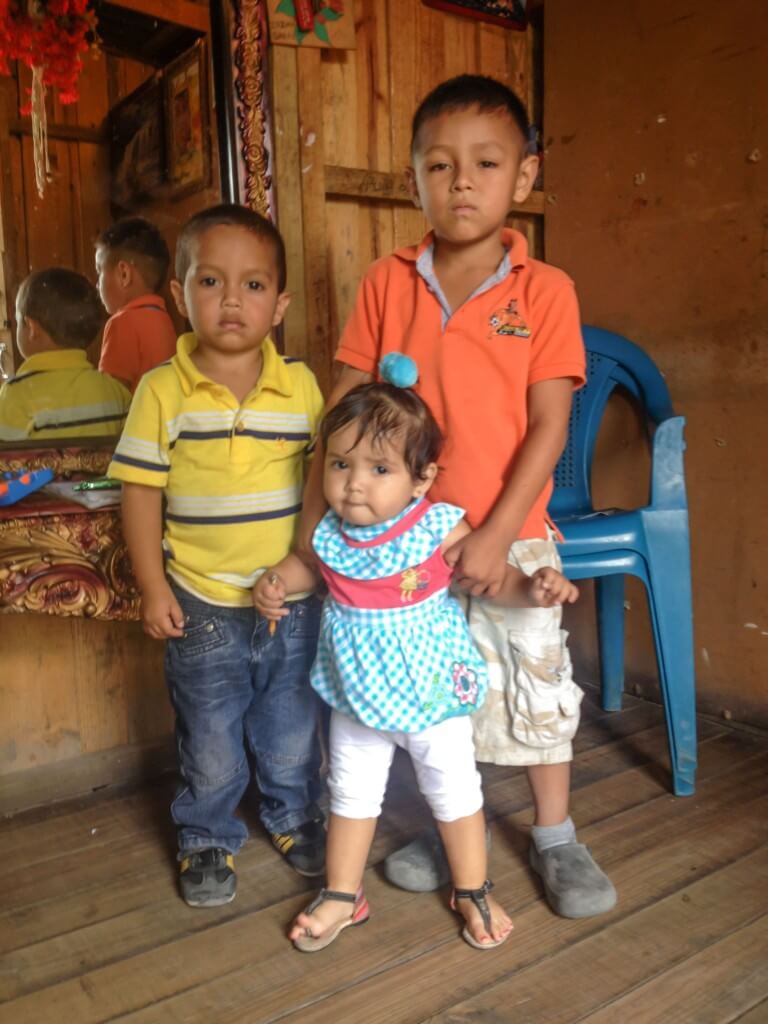 Fatima found out about TECHO project since the first time they came to the neighborhood, she never lost the hope that one day she could be benefited with a house; TECHO already had passed by her house doing a census.

She recalls the buildings of her neighbor’s houses: a lot of people around helping, playing with the kids. She always came out to see and pray one day she could get her house; the one she had was made of old wood and the roof was not in a good condition, the water leaked not only from the rooftop but also passed by the ground, because there was no floor, all was mud and the kids were sick all the time.

The family was tired of living like that, Fatima and Santos explained they both worked but his job on construction was temporarily, their daughter Tatiana helps taking care of the kids during the day and her husband Michael sometimes works as well, he helps with some expenses, but they barely had money to eat at that time, and never enough to fix the house.

The family was interviewed until January 2013, Fatima received them very happy, they explained everything very clear and she accepted; she started to save money and had it all in time (Families pay 7% of the total cost of the house). On the last visit from TECHO she arranged all her family was participating in the build: “Everyone will help, because this is our home and we have to build it together” she explained.

In March, one day before the build, TECHO came to drop the materials in front of the construction, Santos and Michael slept outside to watch out and the rest of us in the kitchen, because we had to take down the old house we had; the next morning the volunteers were there, all energetic and ready to start!

“All of us worked in the construction: Santos, Michael, Tatiana, Lisbeth and I. When it was time for lunch I prepared the food and beverages” Fatima explained.

“What I remember most was the inauguration; everyone shared their feelings about the experience and the family as well, we thank them for coming to help people like us, for remembering us ‘because there are people who maybe doesn’t have what you have’, I said to them; maybe there are people who don’t have these kind of problems but we do, and they volunteer to help without expecting any payment. And that’s what I keep in my heart, I hope they keep helping and these kind of projects keep helping other families in need too” Fatima shared.

The volunteers and the family wrote their wishes for the future on the main beam of the house:

“God, please, give me a little more time here, to keep going on and be able to help my family” Fatima. 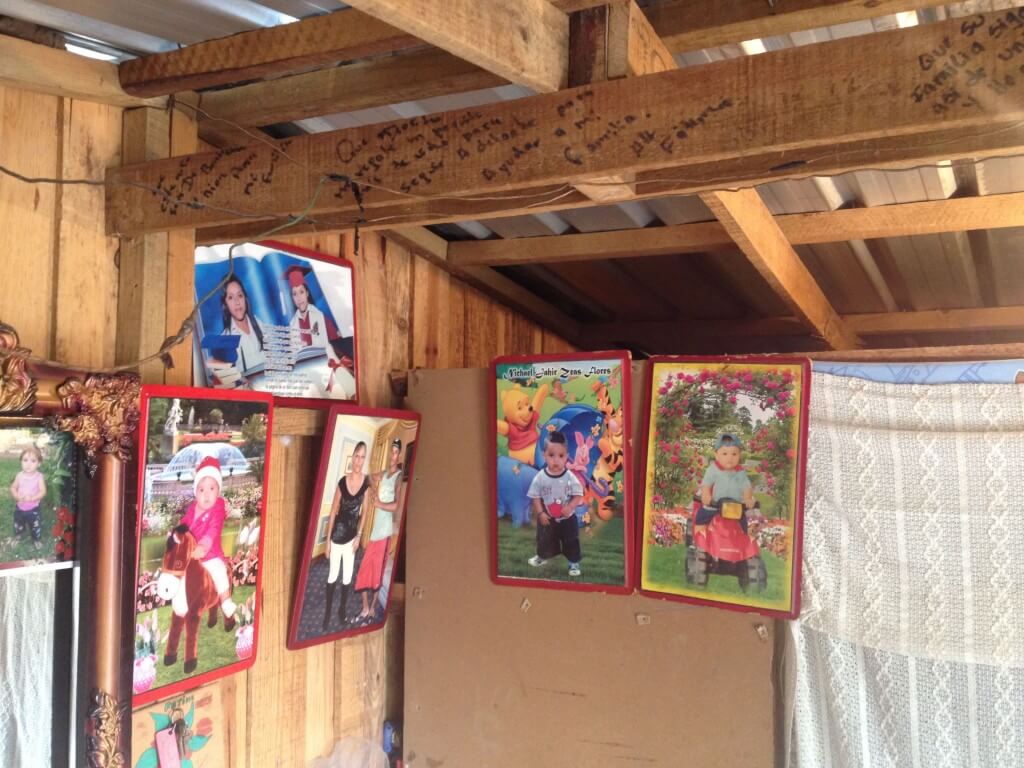 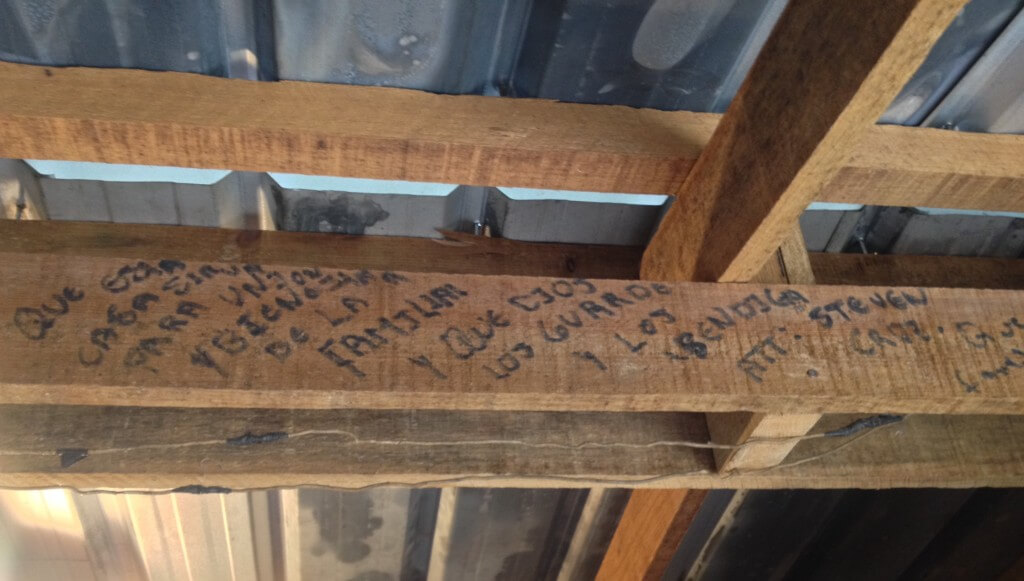 “Thanks God for giving this little house to my mother in law” – Michael. 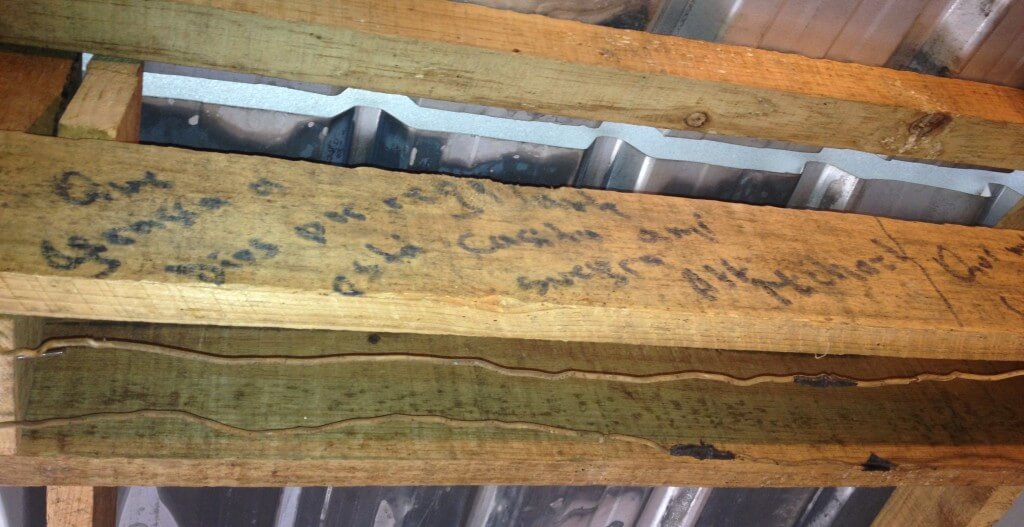 “I remember the volunteers congratulating my mother, saying we were one of the few families they saw who were very united and all of us willing to help to build the house” says Tatiana

Here is Fatima, Tatiana and son with their neighbor Oscar during a visit with Shorty Rossi. 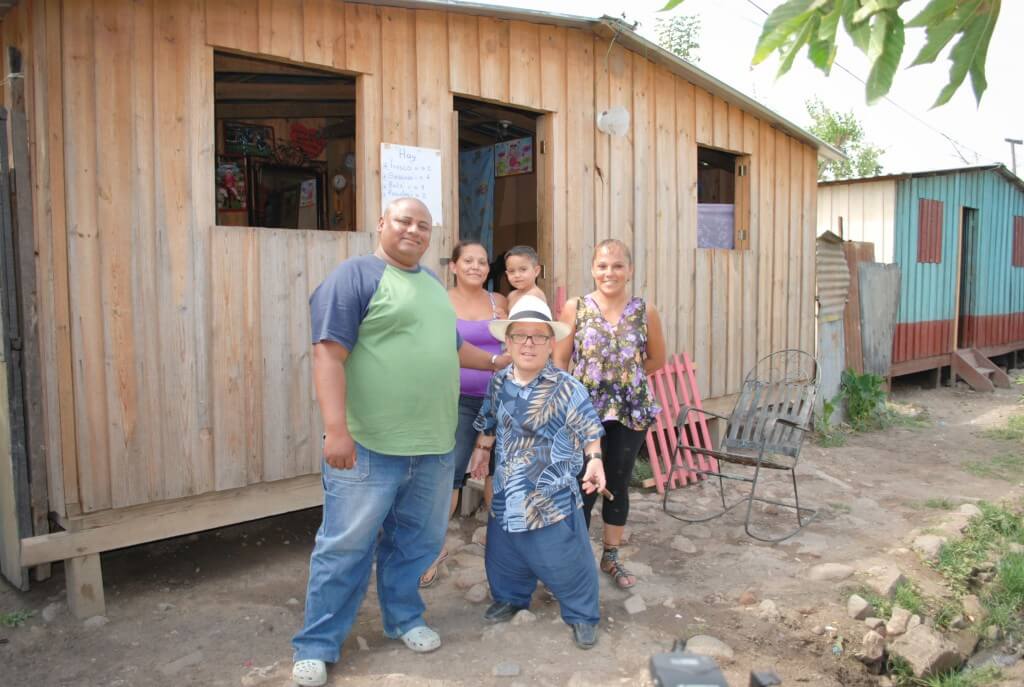 “We live nine people here, but things are way better than before, the kids finally don’t get sick like they used to. The last raining season it was the first one we didn’t suffer about water leaking everywhere, we were all dry and comfortable inside the house” Tatiana shared.

Things started to change for all of them after the construction of the house, Michael found a job on a tobacco factory and started to save all his money; months later he built a small room next to the house and now they have their own space.