Fatima is a single mother who works at home cooking and selling Nacatamales (Typical Nicaraguan food), also she sells Avon products whenever she can. She has three children: Genesis is three years old, Freydin is twelve, and Joseph is seven years old, the two boys are in school and they are good students, says the proud mother.

Fatima gladly shared her story with us:

“Time before I found out about TECHO and they had build this home for me, I had leaking water all over the house, for example by this time of the year – in raining season, it was a suffering for because knowing that it was going to rain and that under my bed it was going to be a flood. Sometimes what I and my children did was looking for bricks to put them on the floor so we could jump from brick to brick to get to the beds, now that I saw the rain coming I didn’t even worried, I’m up here in my house, with a floor, the water can fall now and pass under the house! Before I only wanted to be summer all day and wished raining season didn’t exist, because also in raining season we had all the dirty water from the other properties.

I can’t even explain to you how I feel, I feel great! Happy! I’m up here and I just look down there at the ground, I remember and realized now I’m dry! And my kids are safe from that dirty water. The rain can come and this is the biggest joy that it could ever have happened to me. 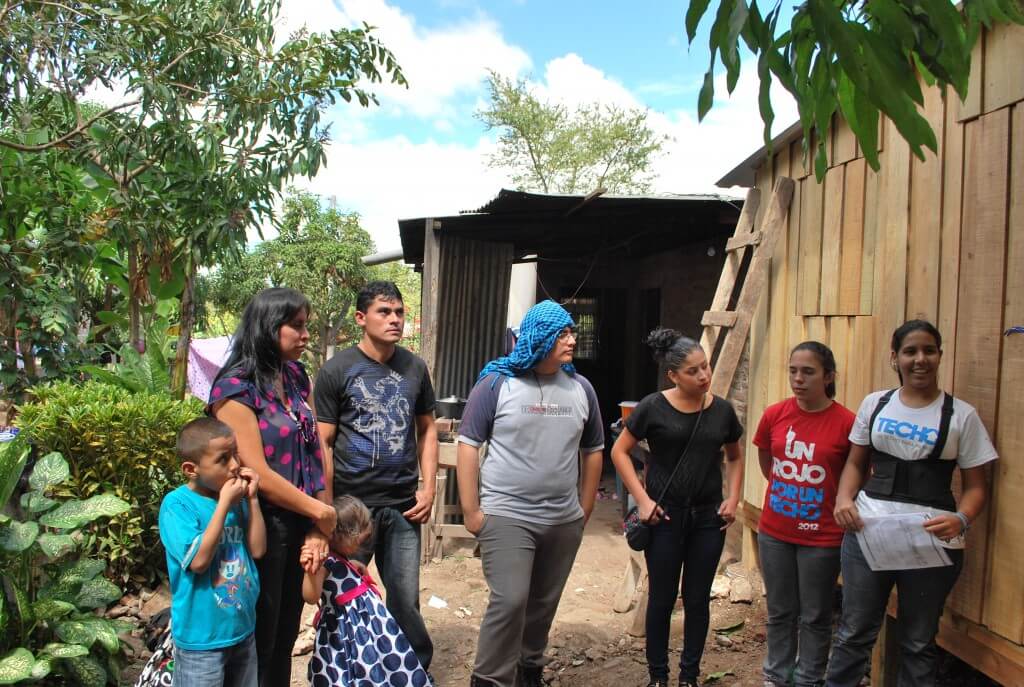 Let me tell you this, my old house was made of metal (Aluminum sheets) – all of it! So when it was summer and with those crazy temperatures we had, it was very hot, hot! At twelve noon it was a hell in here; then, when the night came in early hours of the day the cold came and it was like a fridge. So, it was a crazy life, hot in the day, really at night.

I think the biggest change this has done in my life is this word: Peace. This, like you see me right now, peaceful with my children; being up here, safe with my children that’s the biggest happiness for me. The main issue for me was the dirty water soaking my feet, and all over the house; imaging cooking, trying to do stuff, keeping the children clean, it was awful. We didn’t even get to use flip flops, it was waking up and putting shoes either because of the water or the dirt. Also, the insects where all over here, my kids were getting sick all the time, we were always sweeping the water out but the humidity remained for days after the last rain in the season; the few stuff we had like the bed a small table –made of wood – all it got ruined, we used to put it on bricks also but still, the water ruined everything. 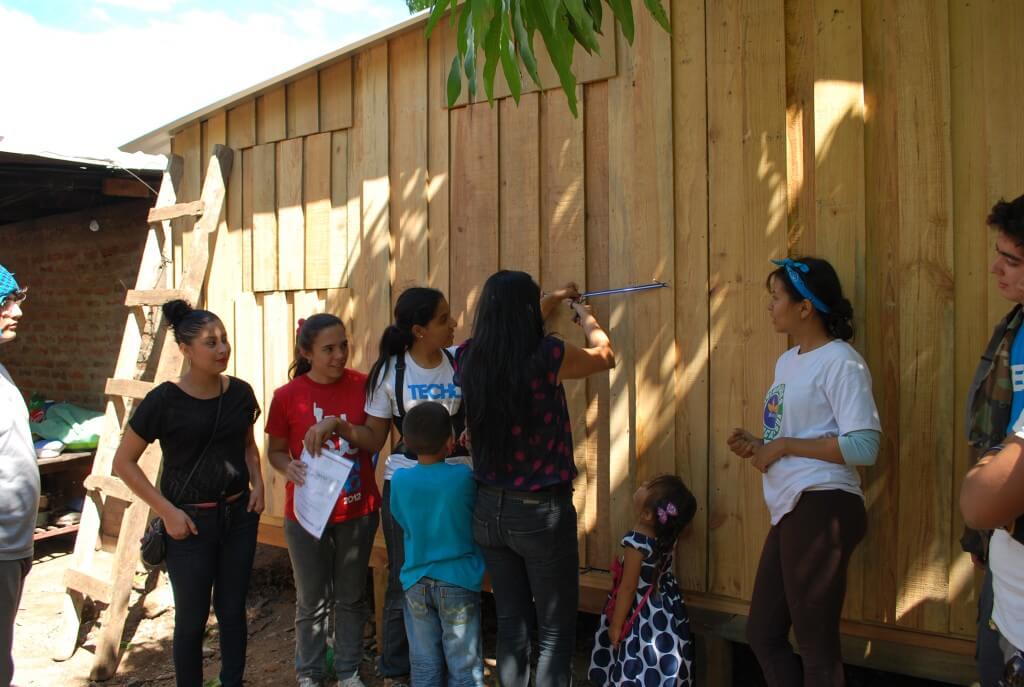 It was a blessing finding out about this project, one day I saw they were building Ericka’s house (a neighbor) and I went there and talked with the girl in charge, I brought her here and she saw all the water in the house, after that they came three times, and until the last time they let me know I was the beneficiary of a house.

They told me about the money and I had to sell more Nacatamales I said! But all the work was worth it. I couldn’t get all the money at once of course, but little by little I did it and as soon as I had it all, I deposited it. 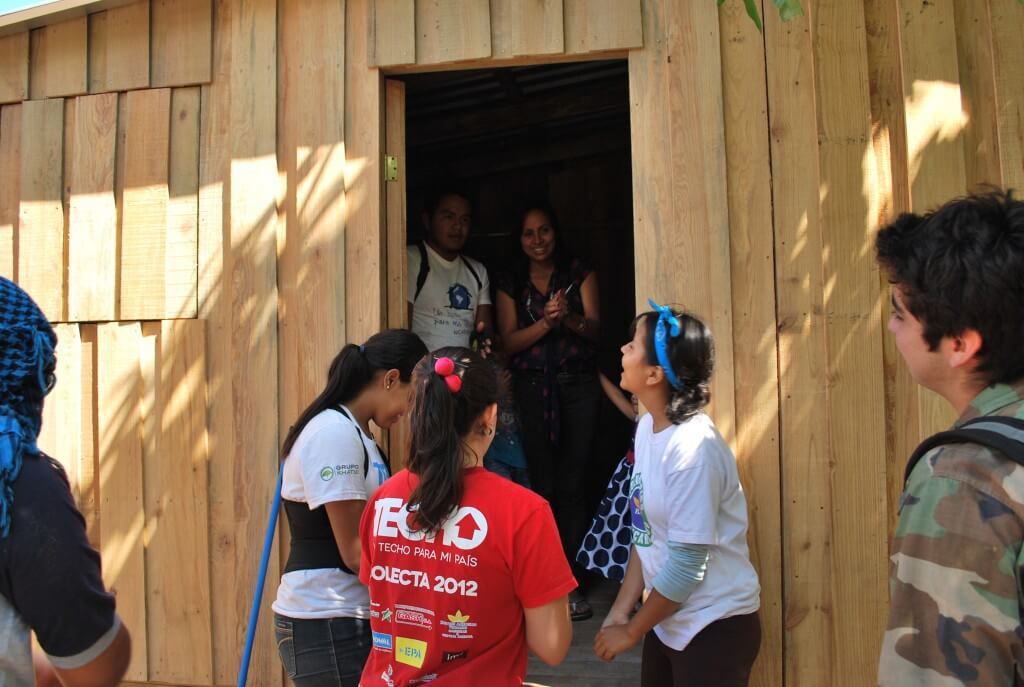 Later on January 2014, a lot of volunteers came here for a weekend and they built my house. The guys were form Managua and some from Drew Estate, they were all very nice. I helped on cooking for them, it was fun because I was giving them a lot food, but they liked it! On the inauguration day they shared their best wishes for me and my family. It was a beautiful day!

Now in our new house we have everything nice and clean, I’m sure my stuff won’t get ruined again; the house is perfect and there is not water leaking. Now, me and my kids live finally at peace and happy!