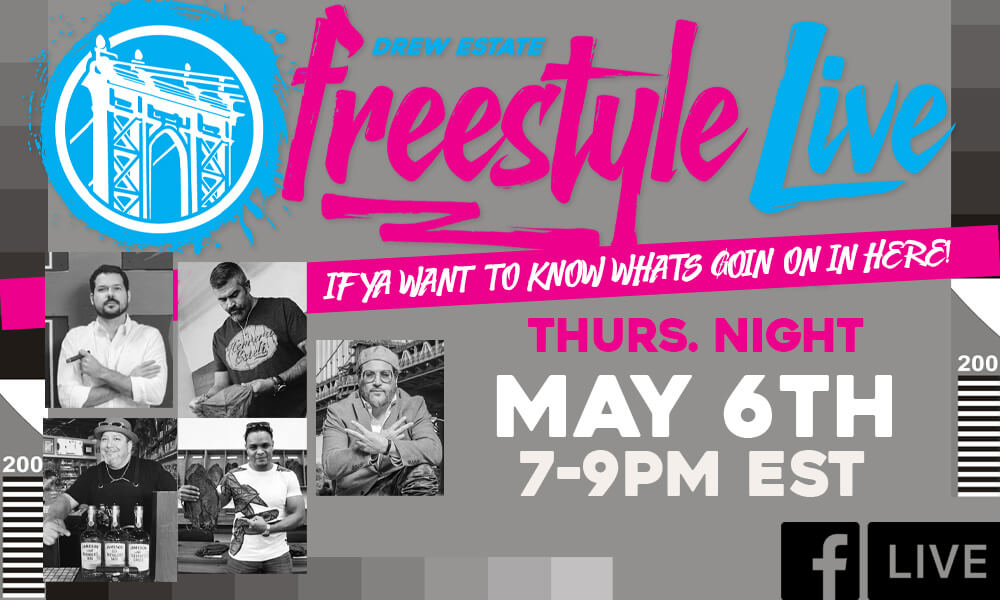 Drew Estate will air Freestyle Live: Special Edition on Thursday, May 6th, on its Facebook Live page (facebook.com/drewestatecigar) at its usual broadcast time of 7-9 p.m. EST, but this episode will be a shocker to both consumers and trade alike, so get ready!

Here’s the scoop … Leading up to the Freestyle Live broadcast, Drew Estate will ship participating retailers across the United States a limited amount of Freestyle Live Event Packs that will include three of a new ultra-premium cigar [WITHOUT BANDS], a travel humidor, a cutter, a lighter and a raffle ticket. The identity of the newly released cigars will remain an air-tight secret right up to the moment that Drew Estate’s Ambassadors reveal their identity during the show. 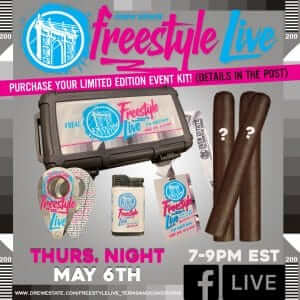 From the Wynwood Safehouse in Miami, JD reveals, “This episode is gonna be a straight gangsta party. In addition to bookending the final night of our new brand media blitz, we’re gonna go absolutely bananas with massive consumer prizes and theatrics galore. But check me here … consumers who were diligent enough to snag a pack from their local bricks-and-mortar will burn the new sticks with the Drew Estate Ambassadors, Sales Team, Executive Team and Nicaragua Front Line Division at the exact same time so we can all enjoy the experience together. At that exact moment, we gonna drop the 411 on this worldwide, globalized sexy beast! I’m gonna be drinkin’ Angels Envy Cask Strength for this one. Joey and Frankie prolly be slurpin’ the Mezcal in those red adobe “cupitos,” while Pedro drinks a few Presidentes, and Willy’s double fisted with two cigars burning at the same time. Hahaha … let’s ride.” 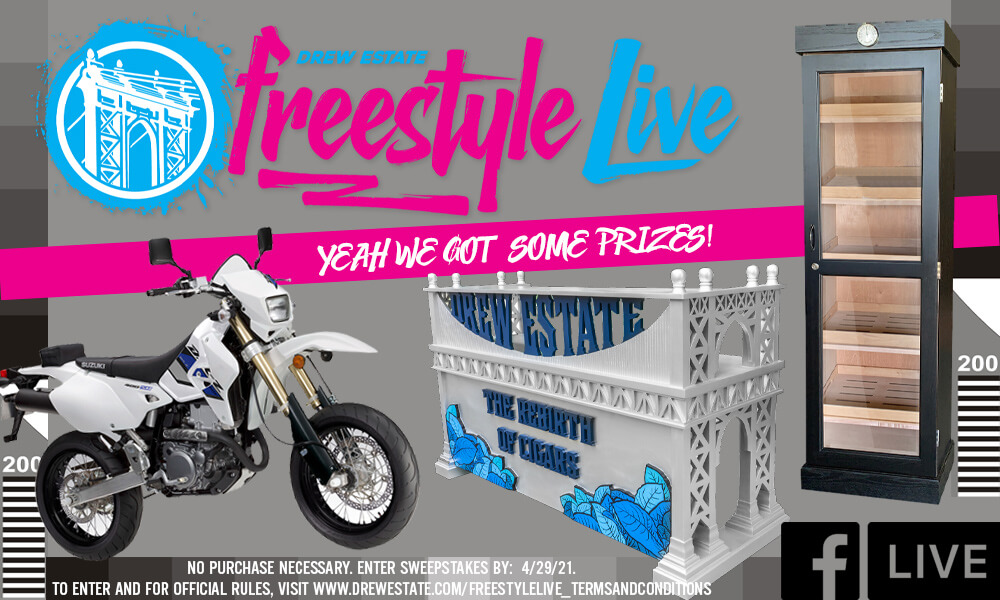 Drew Estate’s Freestyle Live Special Edition Event Packs have an MSRP of $40 … with only 2,300 available for purchase beginning on April 12.

Drew Estate Freestyle Live Special Edition will kick off on Thursday, May 6, at 7 p.m. on facebook.com/drewestatecigar.