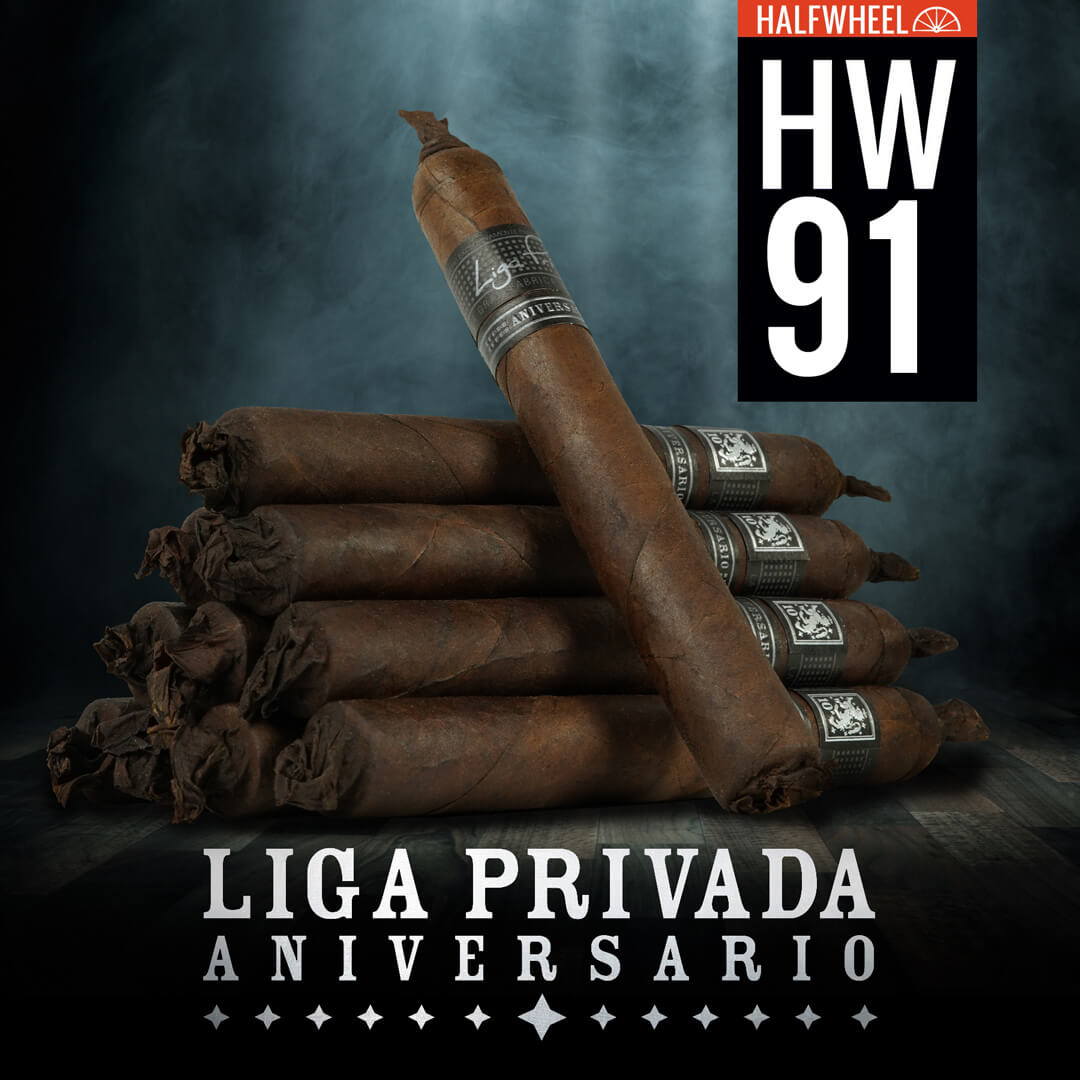 halfwheel Determines Liga Privada 10-Year Aniversario is Worth the Chase With 91 Score!

Our friends at halfwheel have rated the Liga Privada 10-Year Aniversario yesterday, and the score has been tallied with an amazing review and 91 score!

Brooks Whittington of halfwheel notes in his review, ” The Liga Privada 10 Year Aniversario starts off with a bang immediately after being lit with both black pepper on the retrohale and spice on my tounge easily dominating the first few puffs before receding quickly. That allows a combination of dark, bitter chocolate and cloves to become dominant in the profile, with notes of gritty earth, leather, salted peanuts, hay, cedar, popcorn and freshly roasted espresso beans bringing up the rear along with some distinct vanilla bean sweetness on the retrohale. Smoke production is the most I have seen in a cigar in quite some time…

In the past 10 years, Drew Estate has produced some of my favorite cigars of all time through its Liga Privada line, a list that includes the UF-13, Dirty Rat and Velvet Rat. Having said that, I have just not enjoyed as many Liga Privada cigars nearly as much as I have in the past, so I was extremely interested to see how the 10 Aniversario would perform. After smoking three samples, I am very happy to say that the 10 Aniversario is a return to the Liga Privda that I remember: earthy and meaty on the palate but sweet on the retrohale, powerful but balanced with some nice spice and black pepper, flavorful but distinct. There are many cigars on the market today that you have to spend time and effort to search for that may end up being duds, but the Liga Privada 10 Year Aniversario is one of those rare cigars that is well worth the time to expend that effort. ”

Our dedication to collaborate with the most renowned growers in the Connecticut River Valley resulted in the next chapter of Liga, the Liga Privada 10 – Aniversario. This full throttle beast of peppery spice is swathed in a robust Criollo capa from the heart of the Valley, where we grow the mighty leaf that graces Liga Privada. Featuring a San Andres Otapan Negro Último Corte capote that adds razor sharp spice and burn to a core blend of well-aged Nicaraguan and Honduran tripa leaf.

Thank you halfwheel for an amazing review!