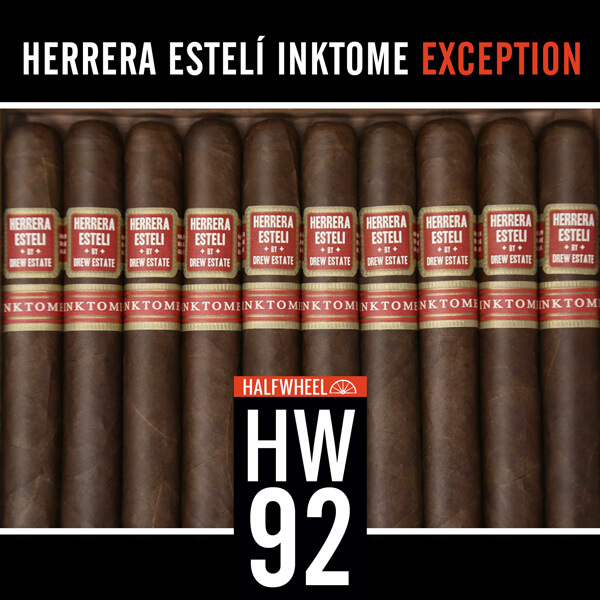 The Herrera Estelí Inktome Exception has been honored with a 92 rating from Halfwheel.com!

Brian Burt of Halfwheel finds, “While this cigar shows a bit of youthful exuberance, it is simply fantastic from start to finish. Balance is never questioned, there are as many upfront flavors as there are subtleties, and for the most part, technical performance is outstanding. While I would have liked a bit more predictable combustion in the first sample and more durable wrappers across the board, there is little I could find fault with the Herrera Estelí Inktome Exception about, and I have to think that as some of the brighter pepper notes settle just a bit, the cigar will hit its zenith and become that much more complex and enjoyable. This is a remarkable cigar at nearly any price, but recognizing that it can be had for just under $8 makes it all the more appealing. Highly, highly recommended.”

This is a tremendous honor for Drew Estate, thank you Halfwheel!