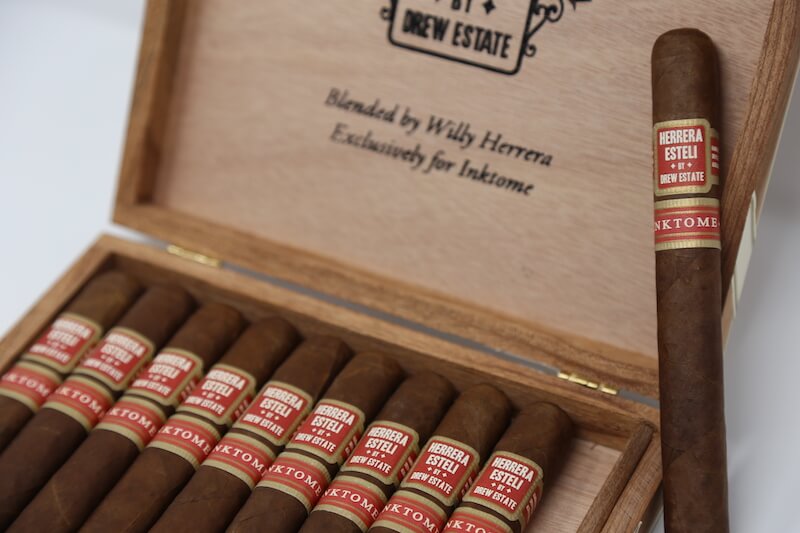 Miami, FL- Drew Estate announces today the launch of the second release of Herrera Estelí Inktome, the Exception. The Herrera Esteli Inktome is a Tienda Exclusiva or shop exclusive for smallbatchcigar.com.

Willy Herrera, Master Blender at Drew Estate, notes, “I truly enjoy working on this project with Andrew as it allows me to bring a unique twist to my Herrera Estelí blend. Now the Inktome Exception smokers will be able to see how small variations of shape can create dynamic shifts in flavor profile.”

Andrew Considine, Head Cigar Smoker of SmallBatchCigar.com, commented on the latest exclusive from Drew Estate: “The Herrera Estelí Inktome Exception is a departure from mundane routines and is the epitome of everything we believe in: providing exceptional experiences every single day. We are excited to continually work with Drew Estate in the development of the Inktome series.”

The limited production of Herrera Esteli Inktome Exception is only 10,000 cigars, with an MSRP of $7.99 per cigar.

Fans of Herrera Estelí are encouraged to download Drew Diplomat the official mobile application of Drew Estate – The Rebirth of Cigars which is now available in the App Store for iPhone®, and iPod Touch® and on Google Play™ for Android™. For more information head to http://drewdiplomat.com