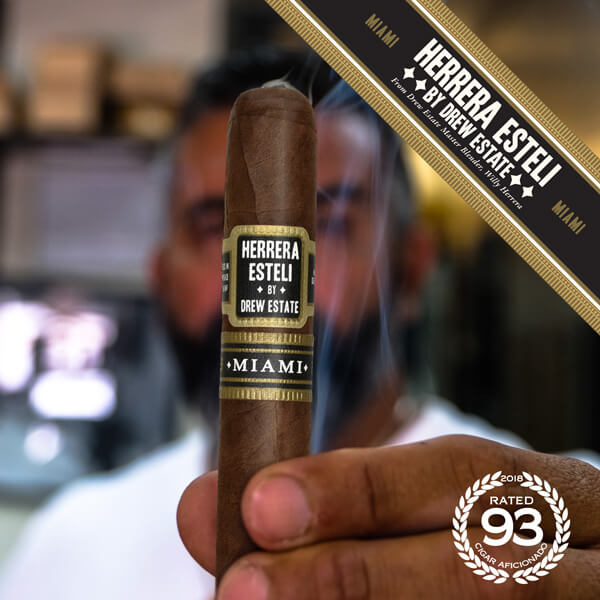 Crafted by Level 9 Cuban Rollers, the complete Herrera Esteli Miami line is expertly rolled with a lavish Ecuadorian Habano Oscuro wrapper over a rich Ecuadorian Sumatran binder with select fillers from the Dominican Republic and Nicaragua. The new look of Herrera Esteli Miami features a black and gold color tone and is available in the following 5 vitolas:

From El Titan de Bronze, Drew Estate Master Blender Willy Herrera notes, “The amount of pride I feel unveiling the full Herrera Esteli Miami line to our most valued retailers is immense. Getting to spend so much time in my family’s factory, El Titan de Bronze, I was able to personally supervise every step of the process to make sure the Miami’s are smoking excellently. I know, I smoked a ton of them!”