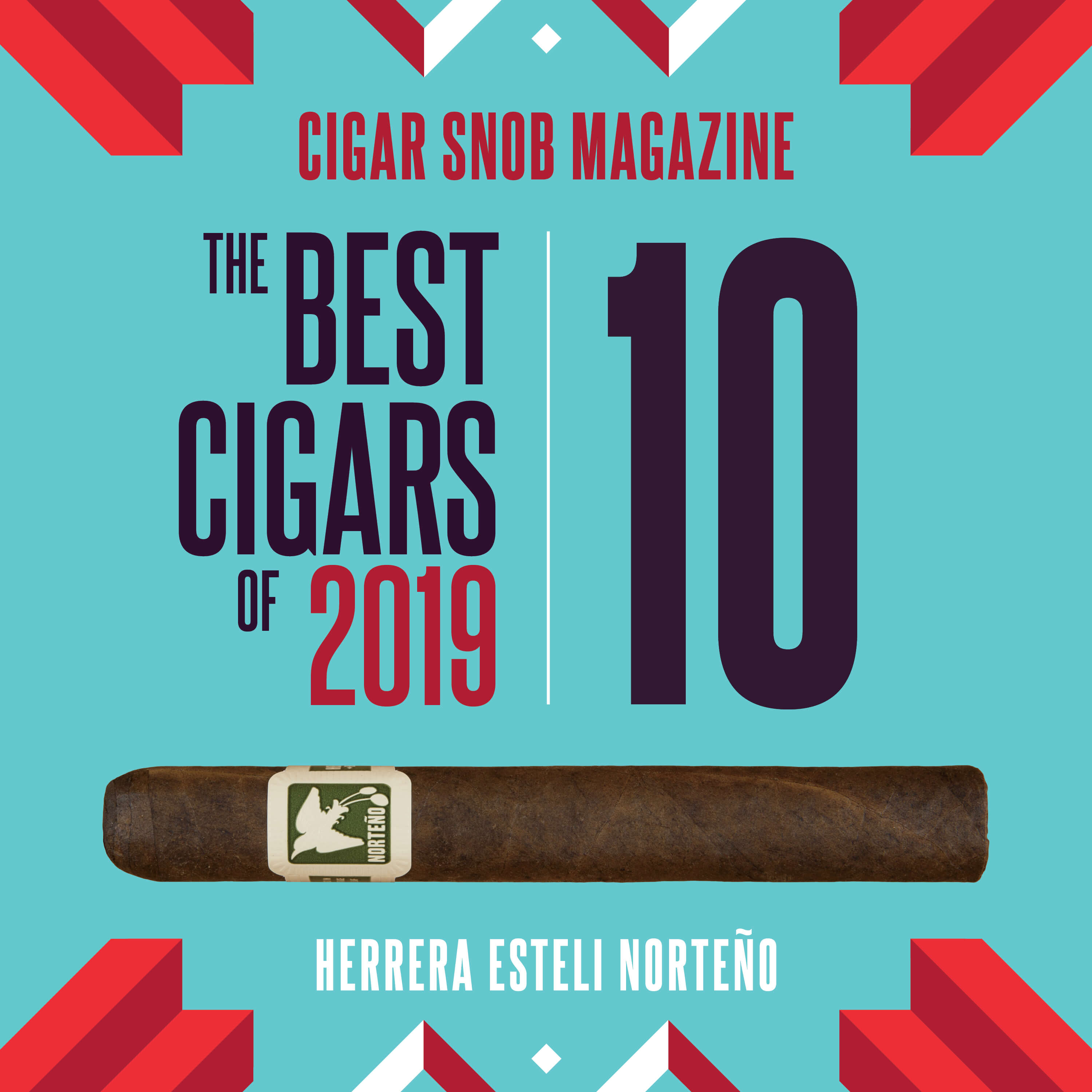 Our friends at Cigar Snob Magazine have released their Top 25 Cigars of 2019, and both Drew Estate and our partners Joya de Nicaragua have made the list!

Coming in at #10 with a 92 rating is the Herrera Esteli Norteño Toro! The Norteño blend showcases extensively aged tobaccos from the Esteli, and Jalapa growing regions of Nicaragua, coupled with a spicy Honduran Binder, and a rich, bold Mexican San Andrés maduro wrapper in the 5 core vitolas.

Next up, landing at #15 is the Joya de Nicaragua Antaño CT with another 92 rating! The Antaño CT, with its Ecuadorian Connecticut Shade wrapper, and Nicaraguan fillers and binder, delivers a medium to full body and strength, with dynamic creaminess and intense spicy notes. Intentionally pungent to showcase the contrasts between the expected subtleties of the CT shade, and the rich and potent flavors of Nicaraguan tobacco.

Thank you to the entire team at Cigar Snob Magazine, both Drew Estate and Joya de Nicaragua are honored!