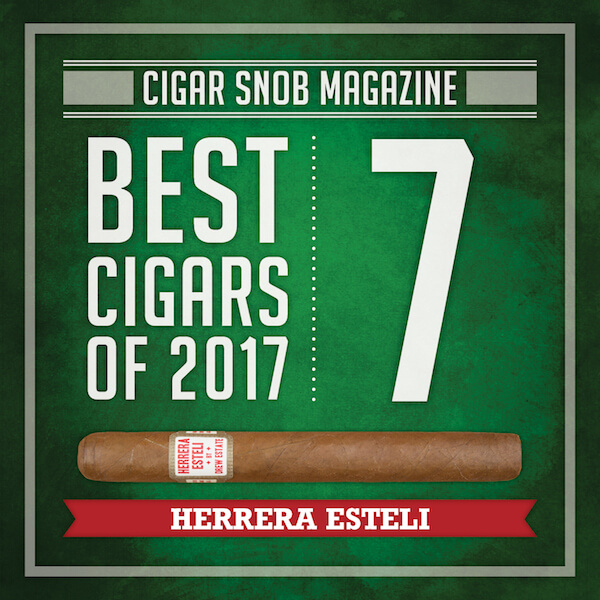 Today Drew Estate was honored by Cigar Snob Magazine as they awarded the Herrera Esteli Lonsdale #7 Cigar of the Year in their top 25 list.

This 93 rated cigar, is the brainchild of Willy Herrera, Master Blender at Drew Estate. He brings an authentic Cuban influence to Drew Estate and the cigar is the definition of Cubanesque. Herrera Esteli is a medium plus blend that is exceptionally creamy with great balance of spice and sweet.

Coming in at #22 the Undercrown Sun Grown also made the top 25 with a 92 rating!

We are honored to make the list, thank you Cigar Snob Magazine!