Drew Estate has some exciting new brands debuting at the 2013 IPCPR tradeshow in Las Vegas, and we want YOU to be able to easily keep up with all of the fresh news. We will be publishing new content before, during, and after the show here on our new site and throughout our social networks. Keep checking back daily for new information about the great new cigars we have coming down the pike.

We will also be giving away some of our new cigars to a select few winners. Share the image below on Facebook, Twitter, or Instagram using the hashtag #DEipcpr to enter. The giveaway will close Friday, July 19th. Must be 21 years or older to enter! 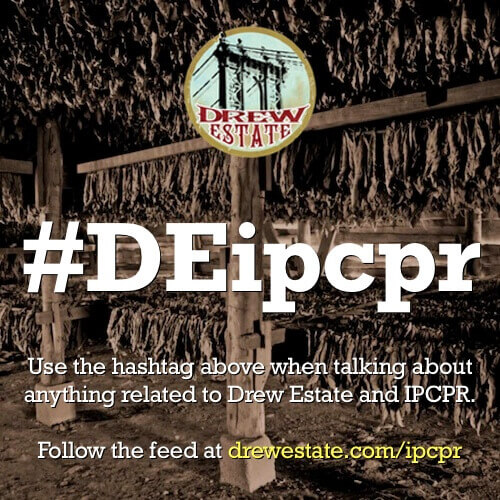 To keep up with all of the new stuff we have going on at Drew Estate, subscribe to our monthly email newsletter. Subscribe to the right!

We interviewed the main man himself, Jonathan Drew. We spoke about a few things, most importantly the new Kentucky Fire Cured line.


We interviewed Dr. Alejandro Martinez Cuenca, former president of Joya de Nicaragua, at our booth at IPCPR 2013. He spoke about the new Antaño 1970 Big Bull 7×60.


We interviewed Willy Herrera, creator of Herrera Esteli, in our booth at IPCPR 2013. Willy talks about the response to the current Herrera Esteli line and about his new maduro. 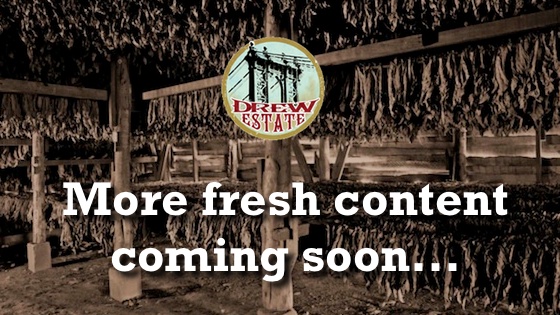 We interviewed “Dirty” Fabien Ziegler about his personal blend, the Natural “NDB”. What’s in it? None of your damn business!


We interviewed the guys behind Cigars For Warriors, a great organization which we at Drew Estate support heavily. We donate thousands of cigars per year to them.


We interview chief blender and tobacco buyer Nicholas Mellilo about our new pipe tobacco blends. Eight new blends, something for everyone! Enjoy them all today!


We hung out with Marvin Samel, co-founder of Drew Estate, at our booth at the IPCPR 2013 Tradeshow in Las Vegas, NV. Marvin talks about the new 6×60 Kuba Grande size.

Nica Rustica is a medium to full strength cigar that is blended to showcase native Nicaraguan tobaccos from Esteli and Jalapa. Genuine Connecticut Broadleaf encases Nica Rustica and imparts a subtle natural tobacco sweetness and spice. 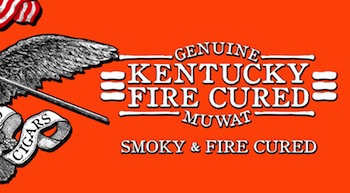 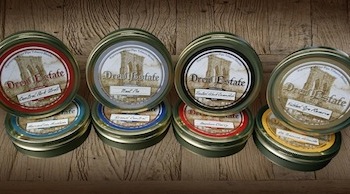 The eight pipe blends are part of what’s known as Drew Estate Classic, the first time the company has used its name so prominently in one of its brands. The lines were blended by company president Michael Cellucci and are being made in Denmark.

Below is a feed for the hashtag #DEipcpr, which we will be using on all of our IPCPR-related content when we post them to our various social networks. If you post anything related to the new brands we have debuting at the tradeshow, please use #DEipcpr as well!