Jerling Zelaya was one of the first beneficiaries from Drew Estate Charities, during our visit to her family she shared her story with us and also explained how changed her life was.

Her family is composed of her husband Jose Daniel Benavides who now works as a janitor at a local university, and their sons Jason and Kendall, Jason loves to paint and now is receiving art classes, and Kendall likes to dance at any opportunity in family reunions, says his mother because he is too shy to admit it. 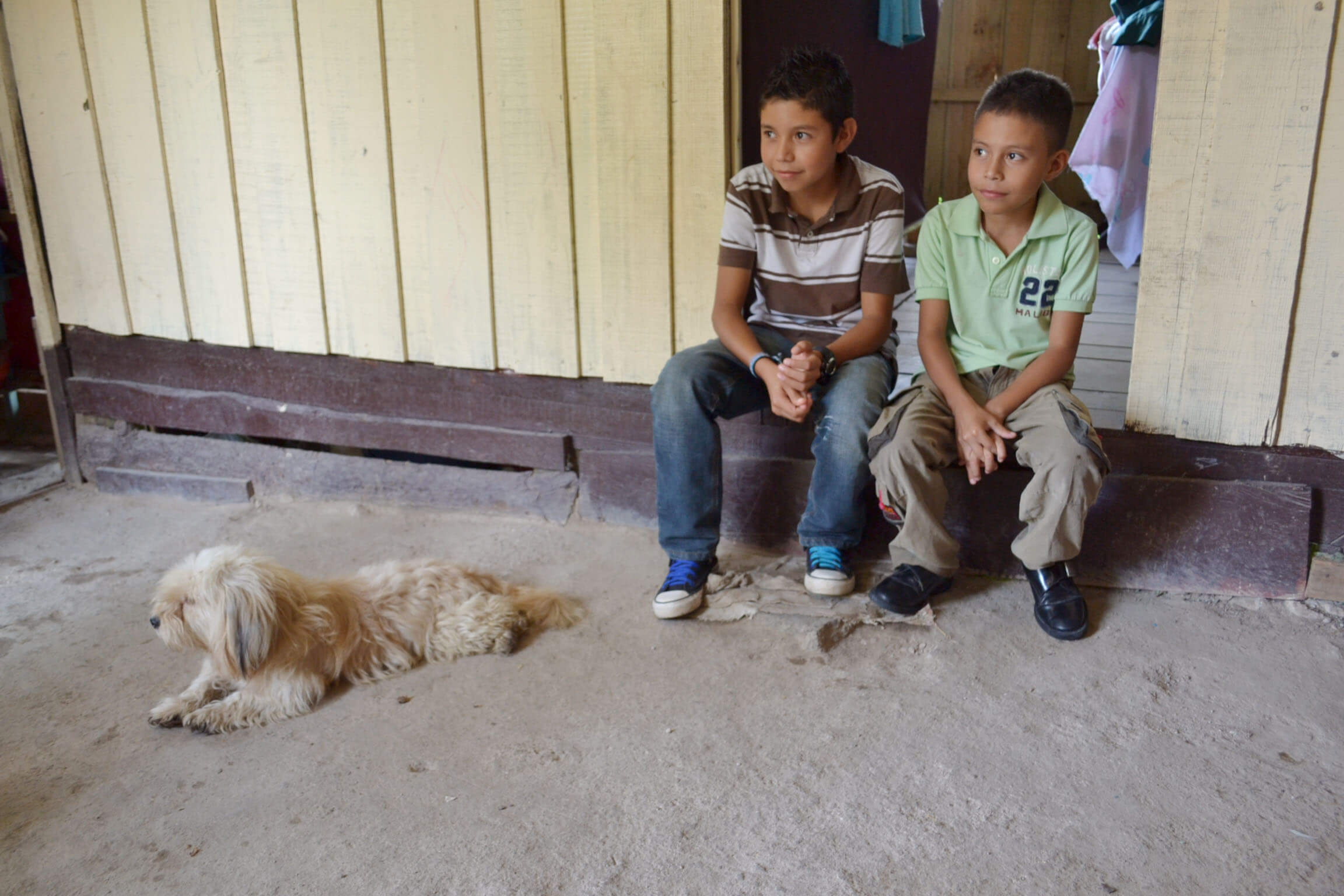 It all started in October 2011, the raining season was very difficult and was making a lot of damages in the neighborhood; Jerling’s house was not the exception, the walls were made of cardboard with some wood a neighbor gave to the them and some plastic to cover the holes in the walls from cold wind. The water came from everywhere leaking in the roof, due the strong wind the small kitchen got destroyed and floor was a pool of mud, that’s when they received the visit of Fabian (the community leader by that time).

Fabian took them to the “Communal House” (a designated place where community leaders and members reunite to talk about their situations and possible solutions). They shared the space with other affected families for almost two months, until the raining season stopped. In the meantime Jerling worked ironing and washing others people’s clothes, during this time she was the only income at home, her husband worked on construction but unfortunately, because of the weather he couldn’t find any available.

Fabian knew all the people around and had a list of families as emergency cases, which was a great help when TECHO visited the community for the first time. They went to see Jerling’s house and confirmed what the leader said, which also put them on the top of the list.

On January 2012, Jerling received TECHO again to start the process, the family was very happy and begun to work together to be able to get the amount of money they needed (Families pay 7% of the total cost of the house). It was hard, but they finally made it and on February 18th they welcomed the volunteers, they were from Estelí, Managua and some from USA. Jerling said she was so happy to help on making lunch and beverages for them. 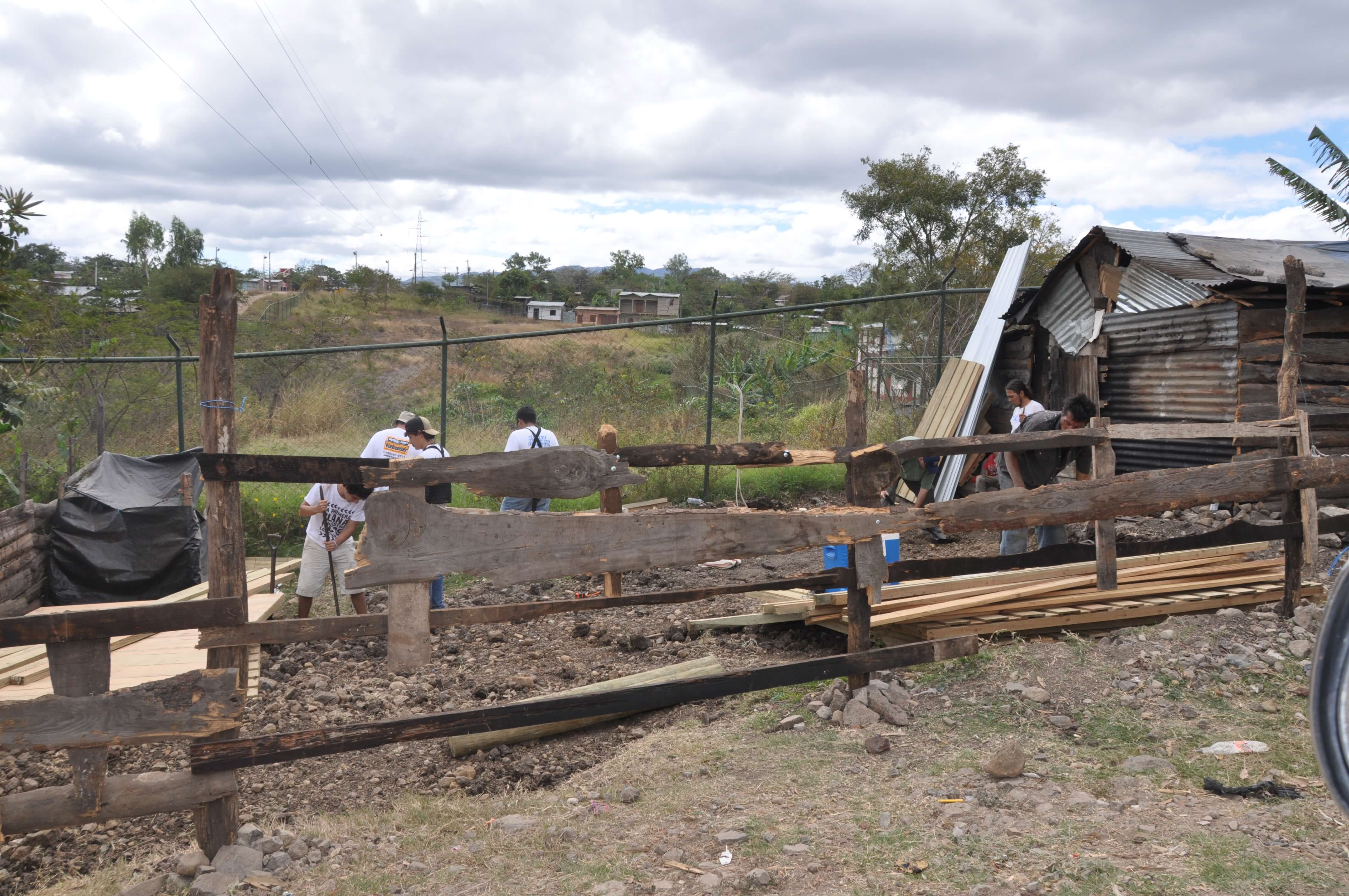 The construction was kind of difficult because of the type of land, but the good news was: It was summer season and the volunteers were hard working people, so they finished the house on time the next day.

Jose Daniel said how grateful he was and on the inauguration of their new home, he shared his feelings towards the people and also all the neighbors who helped, even though they all live in difficult situations, they help each other if they can, he says maybe it is because we all need each other sometimes.

“I can’t begin to explain how this house changed our lives; my husband and I were having financial issues, marriage problems, and almost got divorced. These people came on the exact time because we were on the limit of our patience and no hope, at all” shared Jerling. After we got the house, everything started to change, we fought less and the kids were happy, they slept well and went to school with strength – they wanted to go to school, she says -laughing.

“With my husband’s new job we had enough money to save and started to paint the house, and make some improvements because the land was big and we had enough space to build another room and a small kitchen; We live so happy now.” says Jerling. 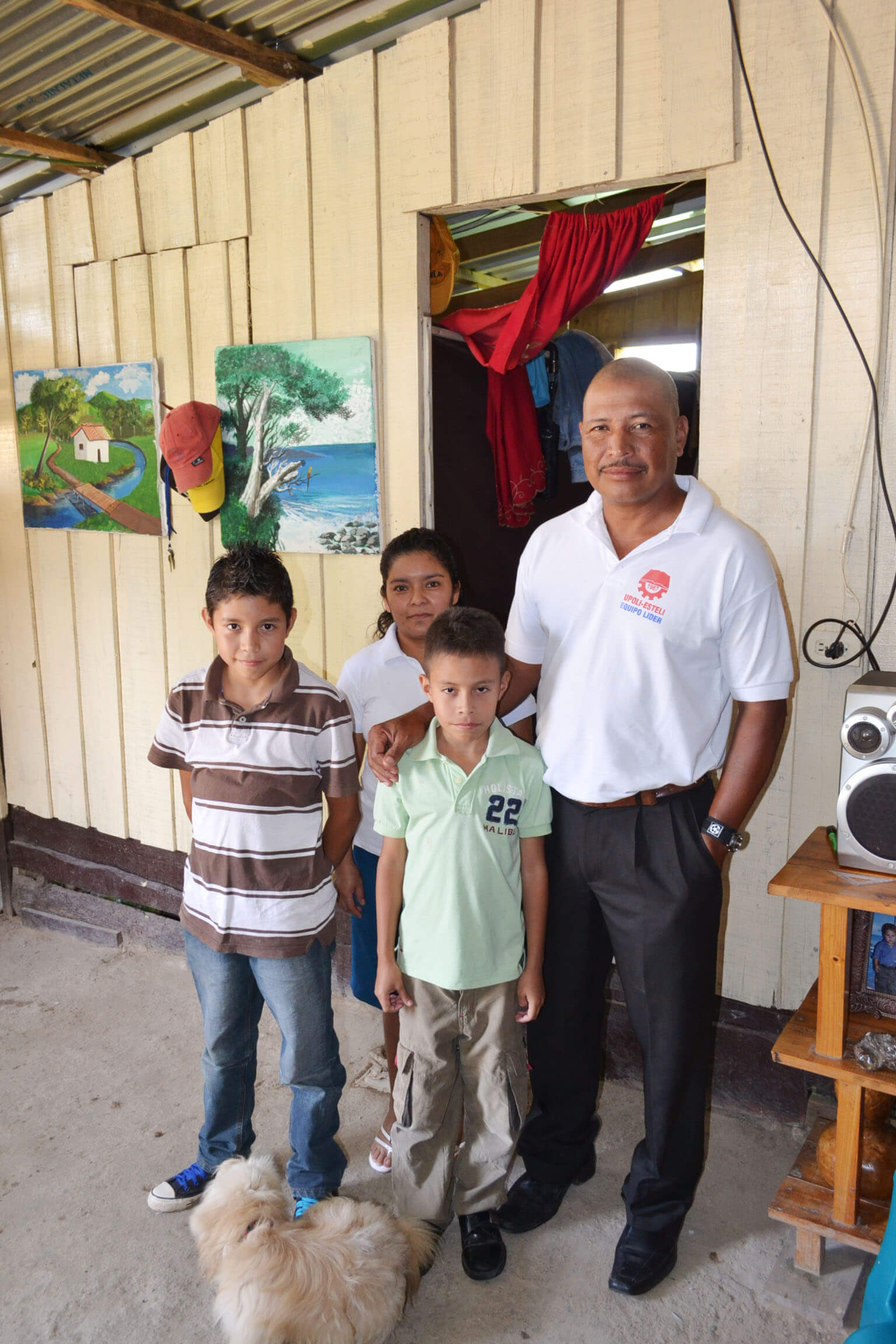 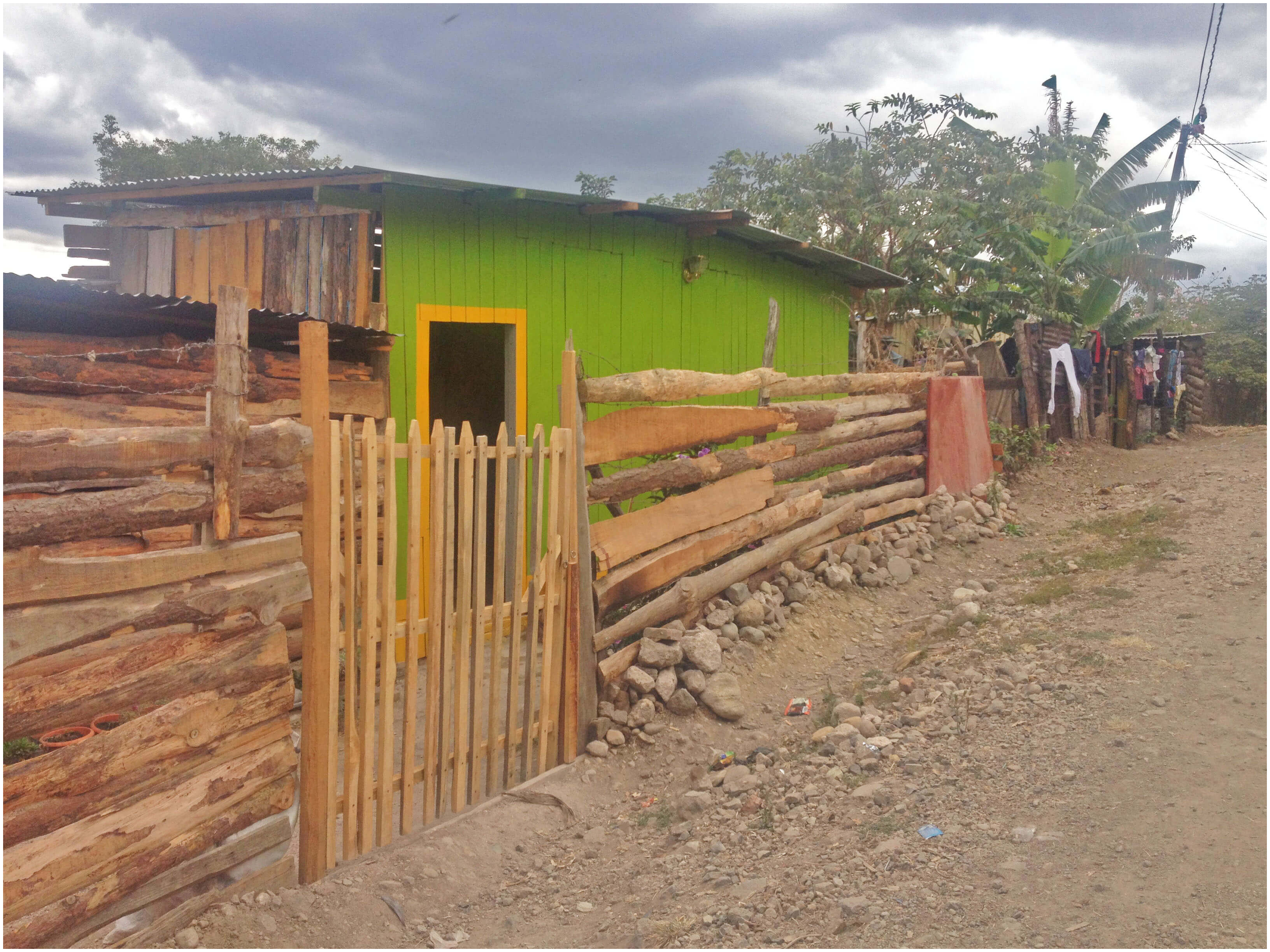 This is how the house looks today, they have a room for the kids and Jason can practice his art in the living room, which he allowed us to take some pictures and says his dream is for one day he could sell his paintings. 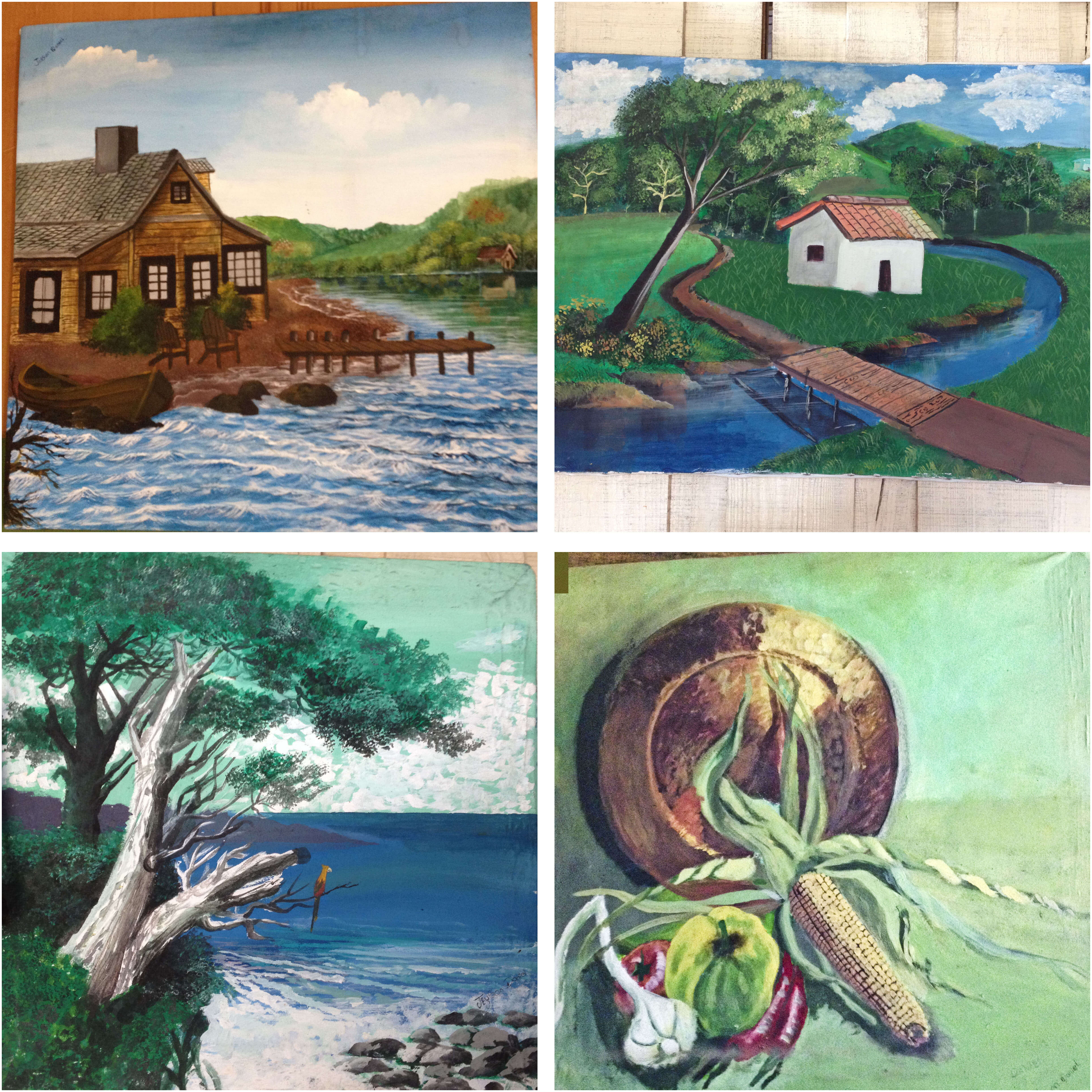 This is one of the many examples of how great you can change lives for families living in slums; how big the change in their quality of life is, and seeing their perseverance is what moves us towards on our vision to create a different reality for the community of Estelí.