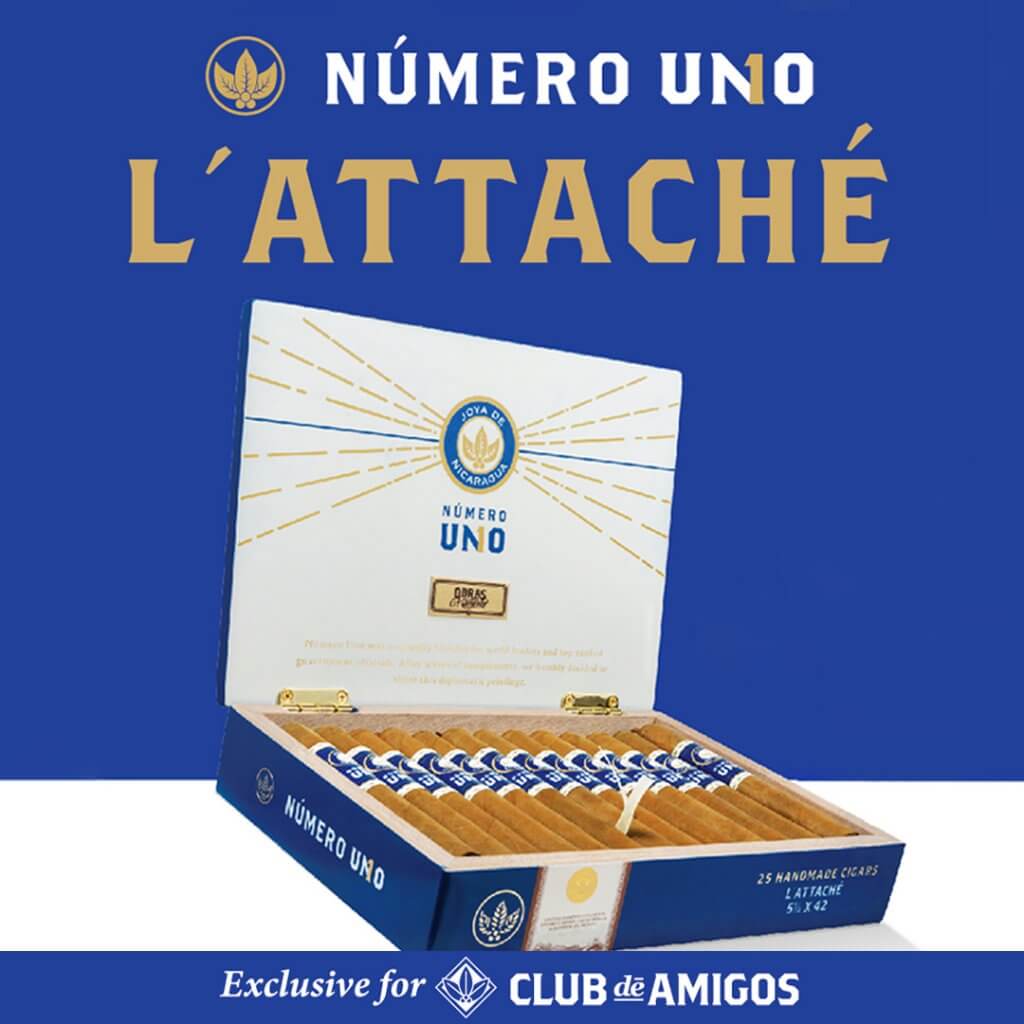 Originally given exclusively to world leaders by Nicaraguan ambassadors on official missions, Joya de Nicaragua’s Número Uno has become a favorite for cigar enthusiasts everywhere since its introduction in the United States in 2019. Número Uno has received numerous accolades, becoming Halfwheel’s top cigar of 2018 and rated the best cigar of 2019 by Cigar Dojo, as well as being the No. 6 cigar in Cigar Aficionado’s Top 25 list for 2020 with a 95-point rating. Número Uno is part of Joya de Nicaragua’s Obras Maestras line. The highly acclaimed Número Uno cigar has mostly been available in two sizes: L’Ambassadeur (6 5/8 x 44, Lancero) and Le Premier (6 7/8 x 48, Churchill), though Joya de Nicaragua made the Número Uno L’Attaché (5 1/2 x 42, Corona) exclusively for an event at Chicago’s Up Down Cigar.

“The last three years have been an amazing journey for Número Uno. When we were thinking what was next for this cigar, we remembered the beautiful smoke experience that this vitola provided and the decision to relaunch it was made” says Daniel Barrios, Joya de Nicaragua’s Global Commercial Manager.

Número Uno cigars feature a smooth, Ecuadorian Connecticut wrapper and Nicaraguan binder and filler tobaccos to create a mellow- to medium-bodied and flavorful smoking experience with lots of rich creaminess.

Reviewing Número Uno L’Attaché for Halfwheel in 2020, Brooks Whittington wrote, “I had just one question going into this review, will this new vitola taste as good—or really, anywhere close to as good—as the original? Having smoked three of them, the answer is yes…”

The first release for members of Club de Amigos, an exclusive community created for Joya de Nicaragua’s top retailers, to increase their knowledge about Joya de Nicaragua and its cigars, and to reward their loyalty with unique benefits, Número Uno L’Attache is now available.

“We have no words to describe the pride that Número Uno has given to Joya de Nicaragua. It feels like this cigar marked a new chapter in our history. Número Uno L’Attaché is the vitola that every cigar aficionado should be smoking this year.” adds Juan Ignacio Martinez, Executive President of Joya de Nicaragua.