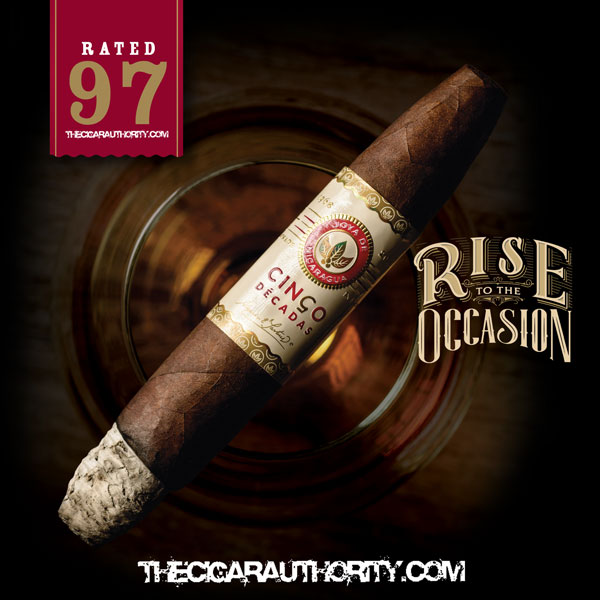 Cinco Decadas is about celebrating being first, being best or just being. It is a testament of the ultra premium quality that characterizes the Joya de Nicaragua family, made exclusively with prime extra-vintage leaves. It carries an immaculate balance accompanied by sweet and spicy notes. Its silky smooth smoke delivers a rich and fulfilling experience. The cigar was made to honor the 50th Anniversary of Joya de Nicaragua, being the first and oldest factory in Nicaragua.

Barry Stein of The Cigar Authority writes, “In the past many companies have released a cigar that was for the celebration of a milestone. Often, these cigars fall flat or miss the mark. The Joya de Nicaragua Cinco Decadas is a cigar that is quite simply put, exceptional. It’s extremely complex and ridiculously smooth. With their 50 year history as the first cigar of Nicaragua they have created cigars that have become the signature of Nicaragua. This cigar is the signature of their history and is a must have for any cigar connoisseur.”

Congratulations to our friends at Joya de Nicaragua and thank you The Cigar Authority for the review!