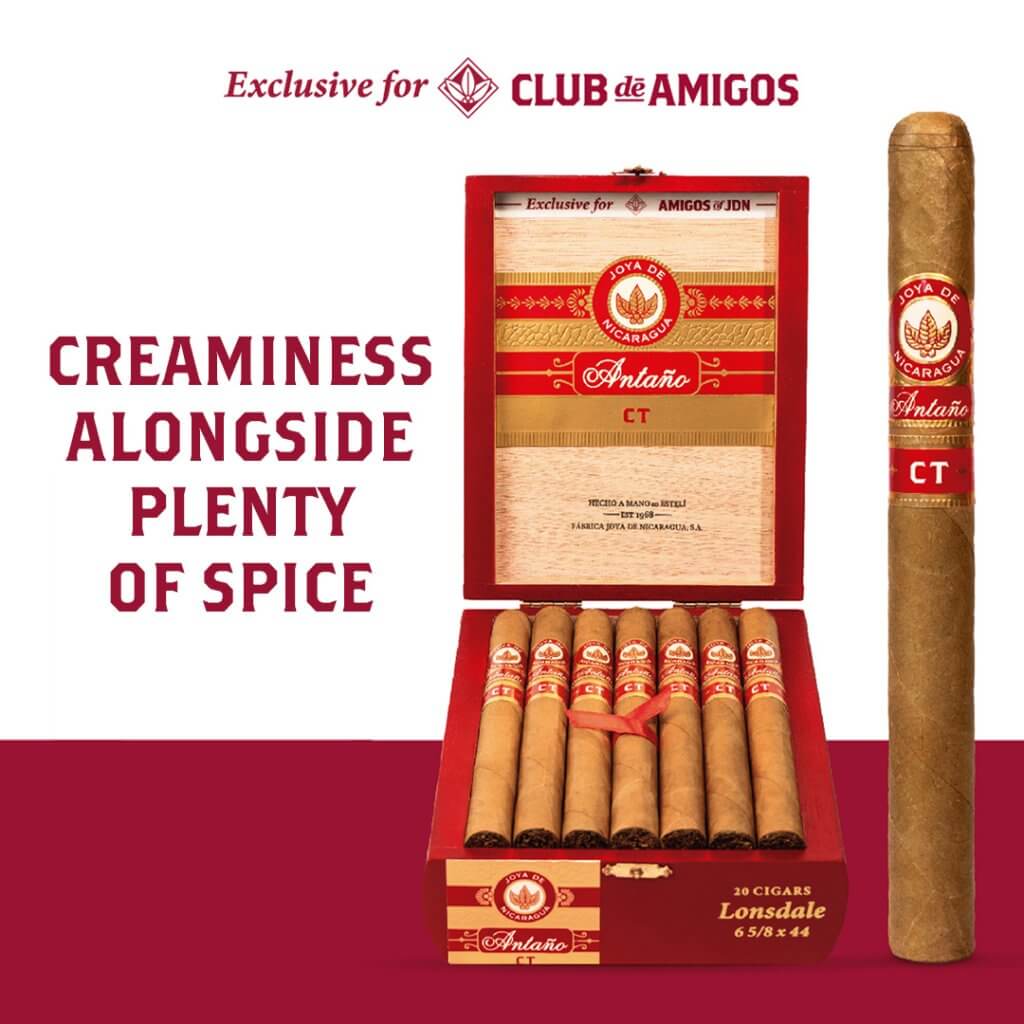 In 2001, Joya de Nicaragua launched Antaño 1970, a Nicaraguan puro that demonstrated the strong character and essence of Nicaraguan tobaccos, and quickly gained acclaim as one of the boldest cigars on the market.

Since then, Antaño has become a favorite for cigar enthusiasts who appreciate its strong, full-bodied character, and Antaño 1970 has become one of Joya de Nicaragua’s best-selling brands around the globe. Joya de Nicaragua has expanded the Antaño brand to include four expressions encompassing more than 20 vitolas—the original Antaño 1970, the super full-bodied Antaño Dark Corojo, the smooth and elegant Antaño Gran Reserva and the creamy Antaño CT.

Originally released in 2019, Antaño CT is Joya de Nicaragua’s award-winning, masterful and paradoxical cigar that defies expectations and has become the perfect smoke for those with defying souls. Pairing a silky smooth Ecuadorian Connecticut Shade wrapper with classic Antaño Nicaraguan binder and filler tobaccos, the medium- to full-body Antano CT delivers the bold characteristics of the original Antaño 1970 with dynamic creaminess and intense spicy notes. Antaño CT is intentionally pungent to showcase the contrasts between the expected subtleties of the Connecticut Shade wrapper and the rich, potent characteristics of Nicaraguan tobacco.

“When we launched Antaño CT, the reaction from cigar aficionados was amazing,” says Daniel Barrios, Joya de Nicaragua’s Global Commercial Manager. “The blend was well-received, just as we expected. Initially, we launched four vitolas, but we knew that it wasn’t going to stop there. That is why we have the pleasure to announce Antaño CT Lonsdale.”