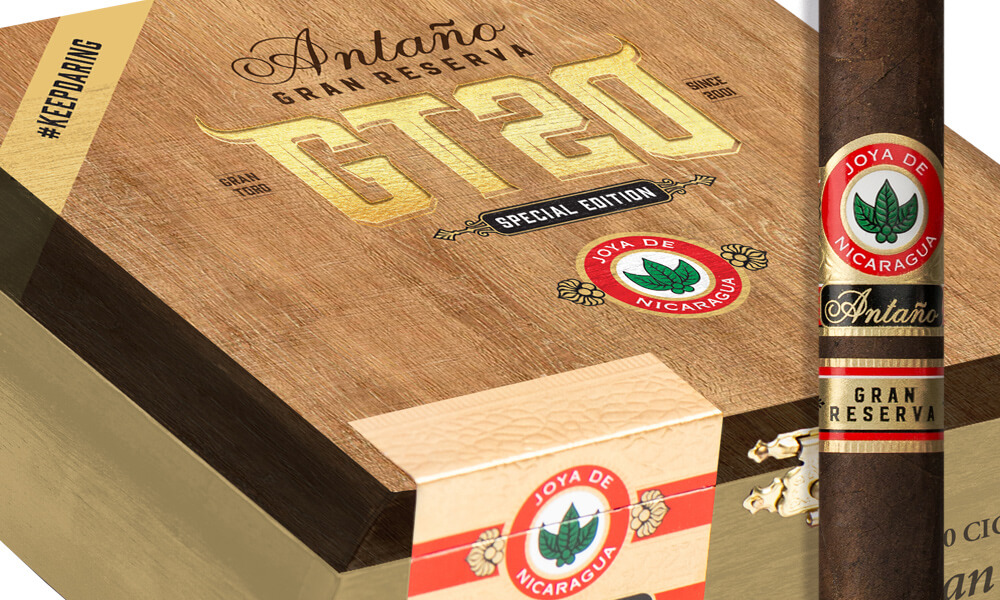 It was 2001 and in the dawn of the new Millennium, the cigar industry was still shaking-off the jabs and uppercuts of the last few years; blows that included natural catastrophes in Nicaragua and the implosion of the cigar bubble worldwide. It was then that Joya de Nicaragua once again  demonstrated its strong character and forged another of its monumental contributions to what would become the undisputable king of the tobacco world: the Nicaraguan cigar. This instance was sparked by the introduction of Antaño, an original Nicaraguan puro that transformed the appreciation and acclaim of Nicaraguan tobaccos forever; a blend that became popularly known as the “The Boldest Cigar out there.”

Twenty years after the initial sweats and excitement during its release at the 2001 RTDA show, the legendary Antaño continues to be a cigar enthusiast’s favorite, driven by its unparalleled boldness. These traits result from Joya De Nicaragua’s doctrinal obsessions with quality and consistency, utilizing for more than two decades, without alteration, the same leaves from the same tobacco varietals grown in the same plots of land in northern Nicaragua; a composition that delivers on that unequivocal character loved by so many. It is for good reason that Antaño has become one of the company’s best-selling brands around the globe.

Today, the Antaño family has expanded to encompass four sub-lines with more than 24 vitolas in total, all distinguished by the authentic Antaño lineage: the original Antaño 1970, the super full-bodied Antaño Dark Corojo, the award winning creamy Antaño CT and the smooth and elegant Antaño Gran Reserva.

“When anybody thinks of Nicaraguan powerhouse cigars, they undoubtedly think of Antaño. This is the cigar on which cigar legends are inspired,” says Dr. Alejandro Martínez Cuenca, Chairman of Joya de Nicaragua and Master Blender of Antaño. “When we first tried the blend in progress, it was a bomb! Everybody in the room became so excited because it was exactly what we wanted: it was full-bodied and really hit your palate in all the places where we wanted it to hit … and we knew it was to become a game changer.”

To continue building on Antaño’s ongoing legacy, Joya de Nicaragua introduces Antaño Gran Reserva GT20, a special edition that highlights only the best of Antaño. “Instead of only celebrating another wonderful occasion, we wanted to focus on forging the thriving future for Antaño by giving our cigar lovers an enhanced experience of Antaño. Thus, the blend selection was intricate, drafting on our more than 53 years of experience and on the best leaves of Nicaraguan tobacco in our bodegas. We chose to do a special version of our Antaño Gran Reserva blend, with all Nicaraguan leaves aged for more than five years. In this way, we have the original tobaccos and the original character, but with a smoother and more complex flavor profile that just upgrades the smoking experience to a whole new level. We guarantee this is the best Antaño you’ll ever smoke; that’s why we call it our GT!,” says Juan Ignacio Martinez, Joya De Nicaragua’s Executive President.

Antaño Gran Reserva GT20 will be formally announced by Juan Martinez and the Drew Estate team during the Freestyle Live:Special Edition event on May 6th at 7pm. We invite cigar lovers around the world to join the online celebration and share their Joya de Nicaragua experience using.

For a full history of Antaño, visit here.

Joya de Nicaragua is a family-owned tobacco grower and cigar factory. Established in 1968, it is the first and most authentic premium handmade cigar manufacturer from Nicaragua. Base in Estelí, many regard Joya De Nicaragua as the patriarch creator of the Nicaraguan cigar industry, and its cigars are sold in more than 55 countries around the world. The company’s commitment to quality along with its skillful and resilient people, have awarded it the industry recognition of Cigar Factory of the Year 2018 &  2019. For more information, please visit. www.joyacigars.com