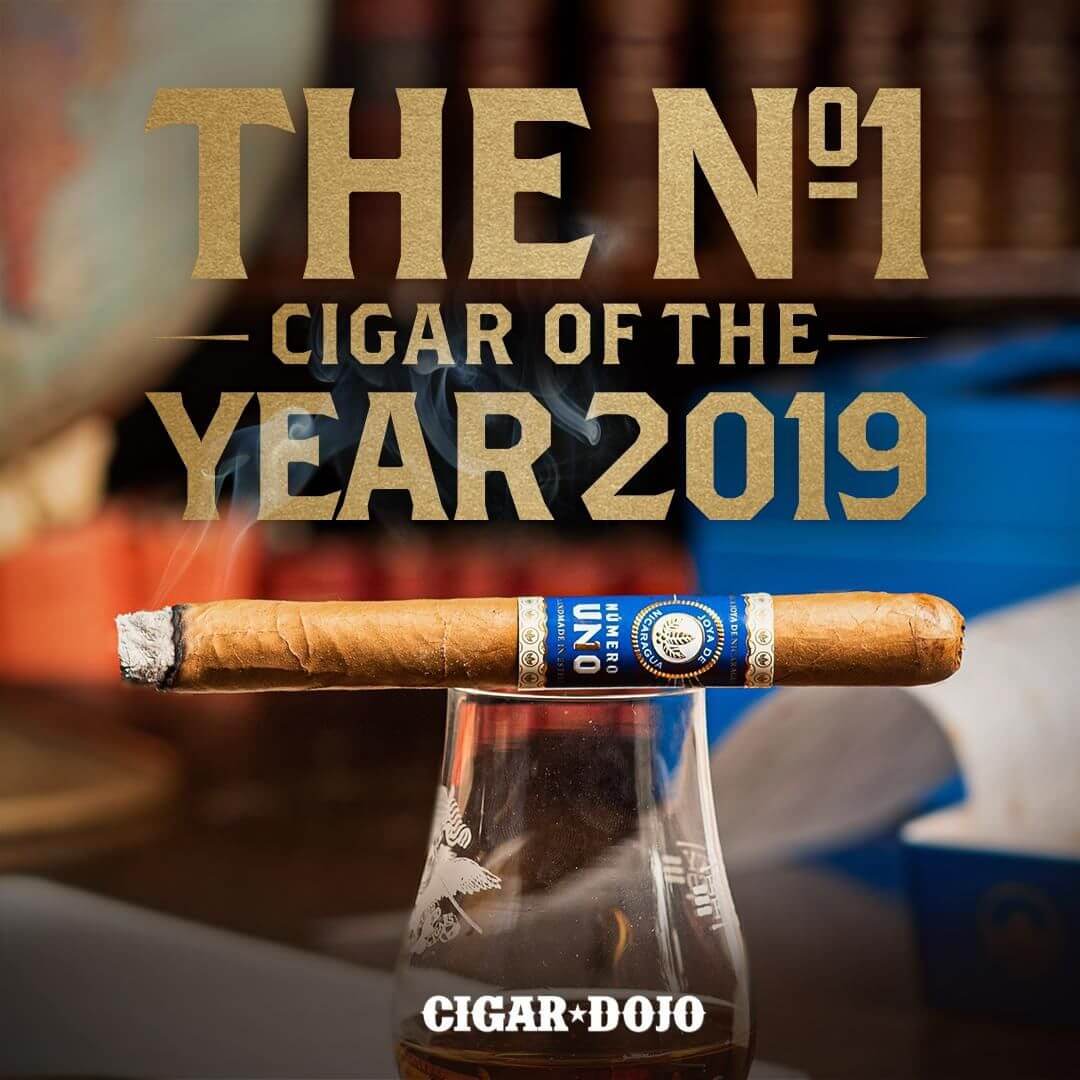 Our friends at Cigar Dojo published their Cigar of the Year list and Joya de Nicaragua’s Numero Uno placed… Number One! Numero Uno is Numero Uno! The annual list also featured La Coalicion our joint project with Crowned Head as the #6 cigar of the year.

Numero Uno is featured in the following vitola, the L’Ambassadeur, a parejo 6 5/8 x 44 tailed Lonsdale. The Numero Uno has a silky and delicate Ecuadorian Connecticut wrapper covering rich Nicaraguan binder and filler tobaccos. Blended to perfection the Numero Uno lives up to its name, with a smooth and refined smoke that is perfect for any time of day.

We want to congratulate our friends at Joya de Nicaragua for Yet another accolade! Add this to their win of Factory of the Year from Halfwheel and the cigar of the year for Antano CT soon they will probably need to build another trophy case down at the factory!

In addition to the Numero Uno we are proud to celebrate the Crowned Heads La Coalicion for coming in as the #6 cigar of the year on Cigar Dojos list.

Made at our very own La Gran Fabrica Drew Estate in Esteli, La Coalicion was a true collaboration between Drew Estate and Crowned Heads. Jon Huber founder of Crowned Heads and our very own Master Blender Willy Herrera worked together to create this line. Wrapped in a dark Connecticut Broadleaf, with a Sumatran filler and binders from Nicaragua and the Dominican La Coalicion comes in 4 sizes (Corona Gorda, Gordito, Siglo and Sublime).

We are so proud of both Numero Uno and La Coalicion! And a big thanks to our friends at Cigar Dojo for the accolades they passed out.