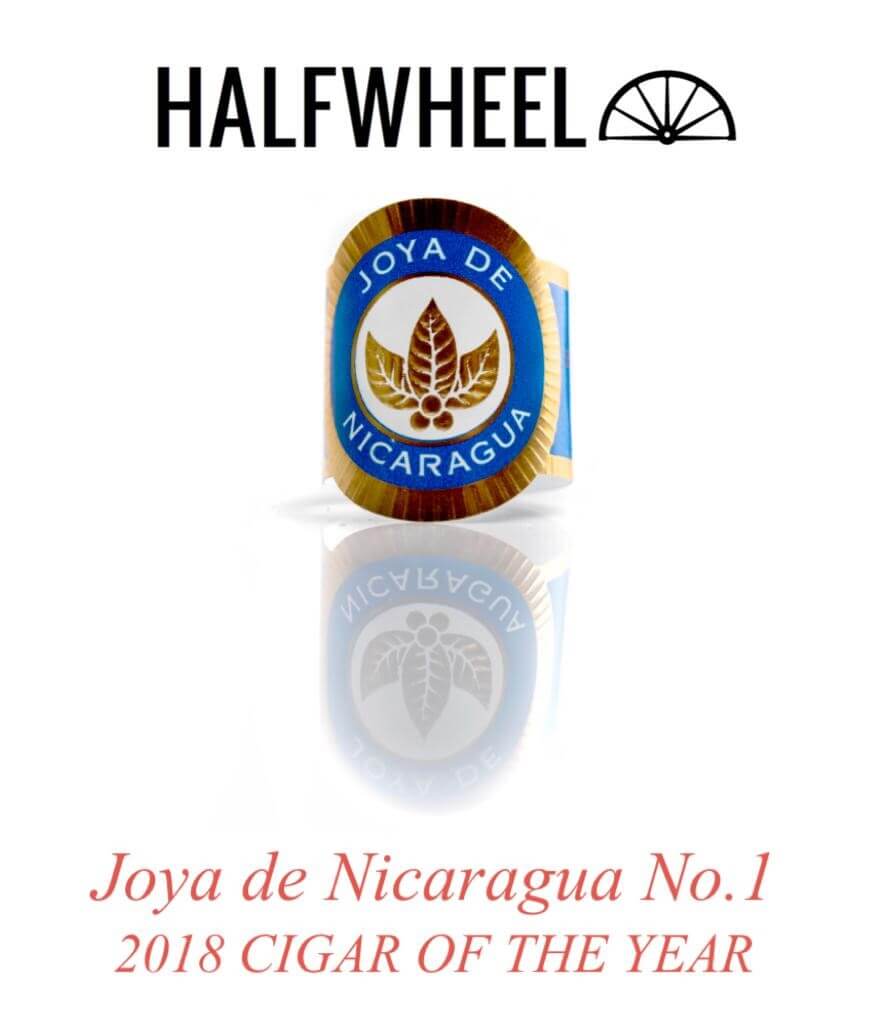 Patrick Lagreid of Halfwheel writes,” While Joya de Nicaragua is well known for its fuller-bodied offerings, the company earns the top spot on our list with elegance, complexity, balance and refinement, while still delivering some of the signature pepper for which many of its other blends are known. It is a true shame that this cigar was so limited in its availability, but for those that got to enjoy it, it may well have been the highlight of the summer, if not the year. Thankfully the Clásico line offers a similar vitola as well as several other sizes to explore.”

Regarding the Herrera Esteli Inktome Exception, “the balanced profile that produced a plethora flavors that worked together to bring this cigar to the number 16 spot on our list.”

Finally, regarding the #17 Cigar of the Year, the Liga Privada No. 9 Corona Viva, Charlie Minato finds, ” it’s a good reminder that over a decade later, Liga Privada can still be one of the best cigars on the market.”

This is a tremendous and humbling honor for both Drew Estate and Joya de Nicaragua! Thank you Halfwheel!