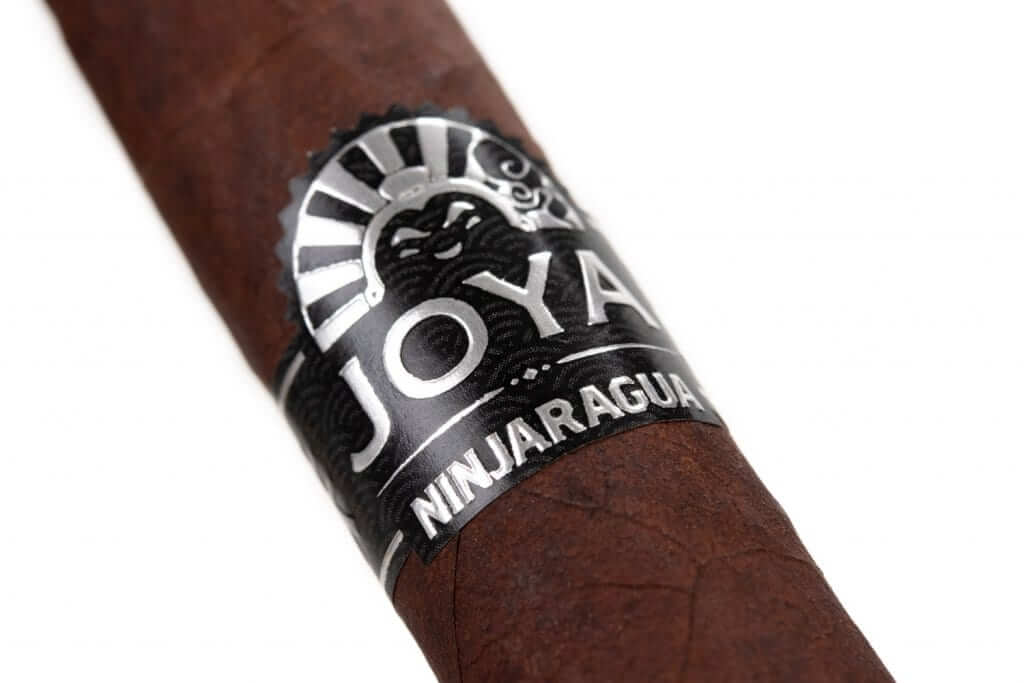 JOYA NINJARAGUA: A BLEND FOR A HIGHER RANK

“Ninjaragua, the legendary status achieved by ninjas when they have become authentic Nicaraguan cigar warriors. To become a Ninjaragua is to achieve a higher-level spiritual state.” Dojoverse Wisdom

Joya Ninjaragua is the premier collaboration that embodies the innovative spirit of two pioneers in the industry that by themselves have ignited popular imagination: Cigar Dojo, the first and largest social cigar app in the world,  that has built strong friendships among cigar lovers around the globe since 2012, and Joya de Nicaragua, the factory that in 1968 ignited the industry in what is now the preferred country of origin for premium handmade cigars smokers in the US. Dojo and JDN have both helped shape the cigar industry, and now have come together to do it once more.

This exclusive collaboration began to be forged in the early years of the Dojo community during Drew Estate’s Cigar Safari down in Nicaragua, and the enlightening visits to the country’s oldest cigar maker and the University of Cigars: Joya de Nicaragua. It was down in Estelí where the core essence of DE, Dojo and JDN began to meld and a new triangular alliance began to blossom, with the two former showing the way to the future of the cigar world, while JDN reaffirmed the authenticity and legacy of cigar craftsmanship.

“I’ve considered myself a Dojonite since early on. I love the community that Sensei and his crew have built and I personally carry their badge often. Now, to be able to share our heritage exclusively with the community makes me feel not only humbled and honored, but also excited to bring a new level of enjoyment of Nicaraguan cigars to the Dojoverse. This is a project of more than two years in the making, a cigar for a higher rank; one that could only be achieved jointly with the Dojo,” said Juan Ignacio Martínez, Executive President of Joya de Nicaragua S.A.

This blend comes in only one vitola, a 6 x 50 toro. Exclusive for the United States, it will be available in 6 count triangular packs, with an MSRP of $8.95 per stick. Each vertex of the triangular pack represents the core of Drew Estate, Joya de Nicaragua and the Dojo.

“Getting a chance to work with Joya de Nicaragua was a bucket-list item for the Dojo team and having a group of Dojo members help with the blend at the factory in Nicaragua makes this a very special release.” – Eric Guttormson, owner of Cigar Dojo

The cigars will be sold exclusively through Smoke Inn Cigars on Dec. 4th at 12pm (EST). Pricing has been set at $53.70 MSRP per box ($8.95/cigar), with the affordable starting point intended to encourage multiple box purchases that take advantage of the triangular boxes’ unique stacking capabilities. Ninjaragua will be formally launched through an online event with Master Sensei, Abe Dababneh, and Juan Ignacio Martínez at 7pm (EST). During the event, special giveaways will be made available for customers, and a very special raffle will be announced, stay tuned for more details.

The company’s commitment to quality, along with its skillful and resilient people, have been rewarded with the industry recognition of Cigar Factory of the Year 2018 & 2019.