JOYA NINJARAGUA: THE CIGAR THAT NO ONE DEFEATED 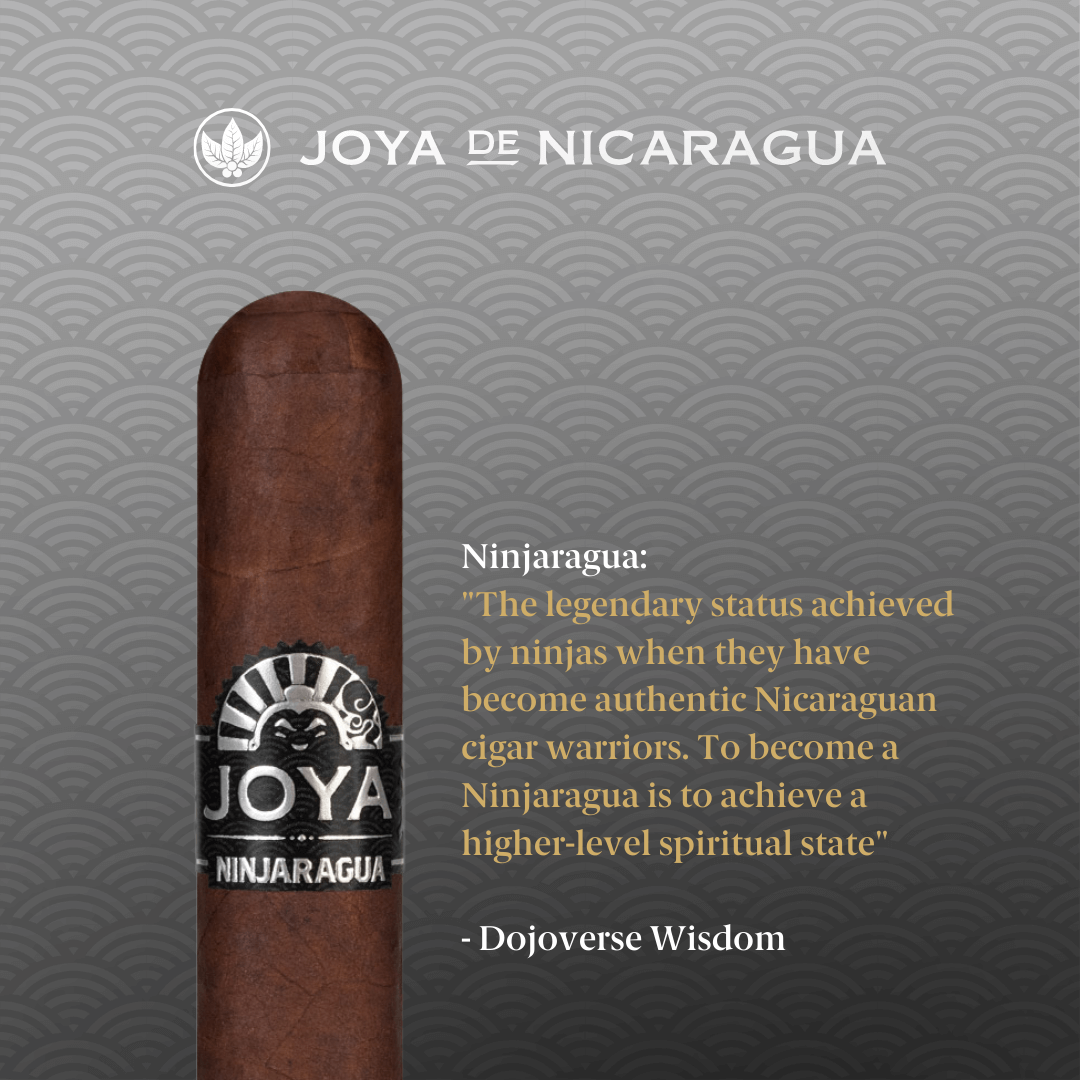 Joya Ninjaragua embodies the innovative spirit of two pioneers in the tobacco industry, who by themselves have ignited popular imagination: Cigar Dojo, the first and largest social cigar app in the world, which has built strong friendships among cigar lovers around the globe since 2012; and Joya de Nicaragua (JDN), the factory that in 1968 ignited the cigar industry in Estelí, Nicaragua, now known as the tobacco capital of the world. Cigar Dojo and JDN have both helped shape the cigar industry, and for the second time, they have come together to do it once more.

This exclusive collaboration began to be forged in the early years of the Cigar Dojo community during a Drew Estate Cigar Safari down in Nicaragua, and the enlightening visits to the country’s oldest cigar maker and the University of Cigars: Joya de Nicaragua. It was down in Estelí where the core essence of Drew Estate, Cigar Dojo and JDN began to meld and a new triangular alliance blossomed, with Drew Estate and Cigar Dojo showing the way to the future of the cigar world, while JDN reaffirmed the authenticity and legacy of cigar craftsmanship.

“The reaction from the smokers when we launched Joya Ninjaragua for the first time was record-breaking. We knew we had to make a second batch in the future. It was too good not to remake it.” says Daniel Barrios, Joya de Nicaragua’s Global Commercial Manager.

This blend comes in only one vitola, a 6 x 50 Toro. Exclusive for the United States, it will be available in 6-count triangular packs, with an MSRP of $8.95 per stick. Each corner of the triangular pack represents the core of Drew Estate, Joya de Nicaragua and the Dojo.

Joya Ninjaragua has a Nicaraguan Habano Criollo wrapper and Nicaraguan binder and filler tobaccos. This very limited edition of only 550 packs will be exclusively available at Smoke Inn, beginning on April 15th, 2022.

It will formally be announced at an online event with our amigos from Kiss My Ash on Saturday, April 9th. During the event, special giveaways will be made available for customers, and a very special raffle will be announced, stay tuned for more details.