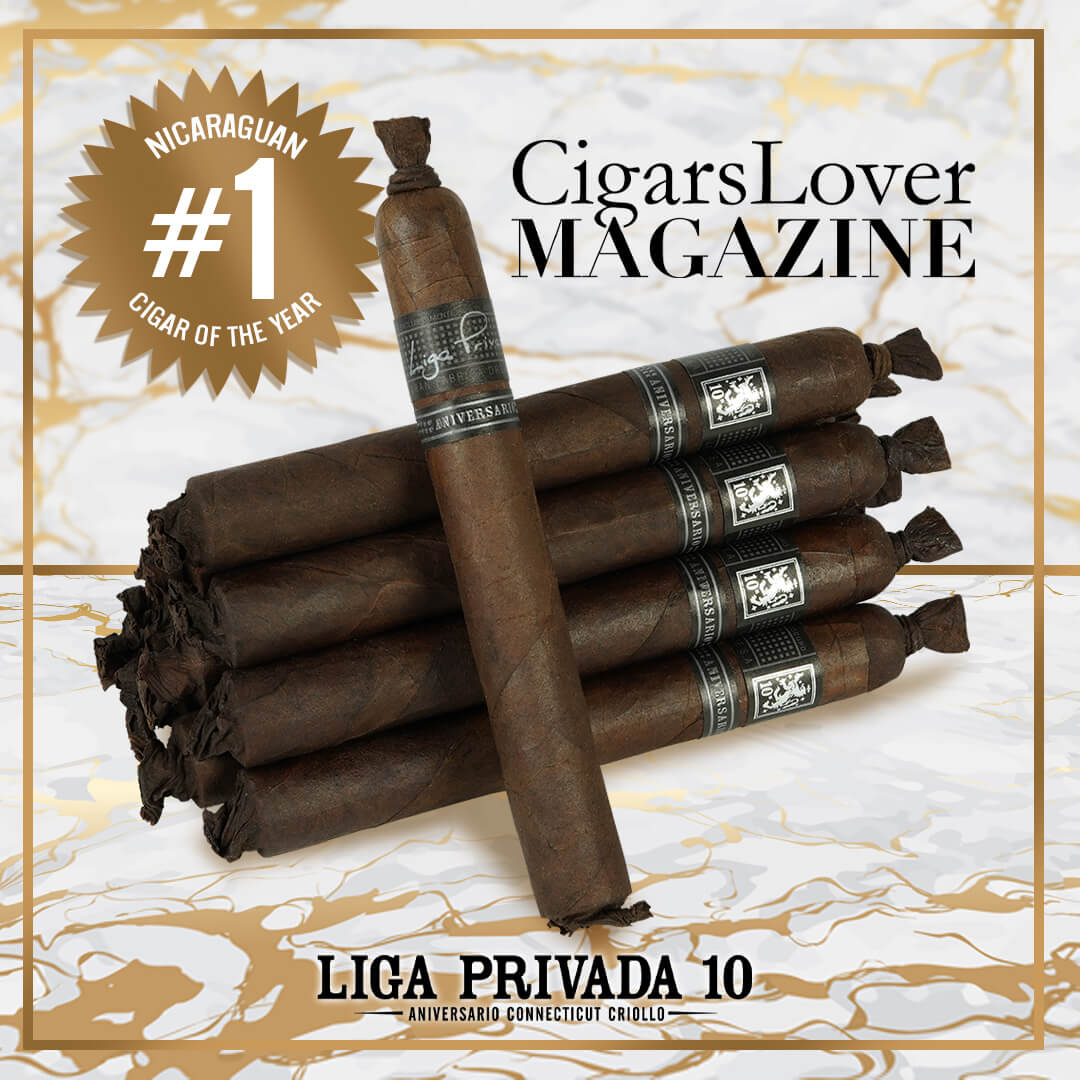 A blast of spicy notes is followed by notes of wood, earth and leather. Then a vast range of spices, among which nutmeg and cinnamon. In the second half, chili peaks, roasted notes and cocoa.”

Our dedication to collaborate with the most renowned growers in the Connecticut River Valley resulted in the next chapter of Liga, the Liga Privada 10 – Year Aniversario. This full throttle beast of peppery spice is swathed in a robust Criollo capa from the heart of the Valley, where we grow the mighty leaf that graces Liga Privada. Featuring a San Andres Otapan Negro Último Corte capote that adds razor sharp spice and burn to a core blend of well-aged Nicaraguan and Honduran tripa leaf.

Regarding the Joya de Nicaragua Antano CT, Cigarslover rated the cigar at 93 and notes, “The CT line was introduced earlier this year and combines the body of the Antaño line, which is the strongest in Joya de Nicaragua’s portfolio, together with the sweetness of the Connecticut Shade wrapper. Intense and masterfully balanced cigar. The characteristics of the Connecticut wrapper are supported by a blend that is nothing short of explosive.

It releases white pepper, vegetal notes and floral hints. Then earth and leather, enriched by mineral nuances and intense aromas of pan brioches. The finish is a spice bomb, that closes the smoke in a satisfying way.”