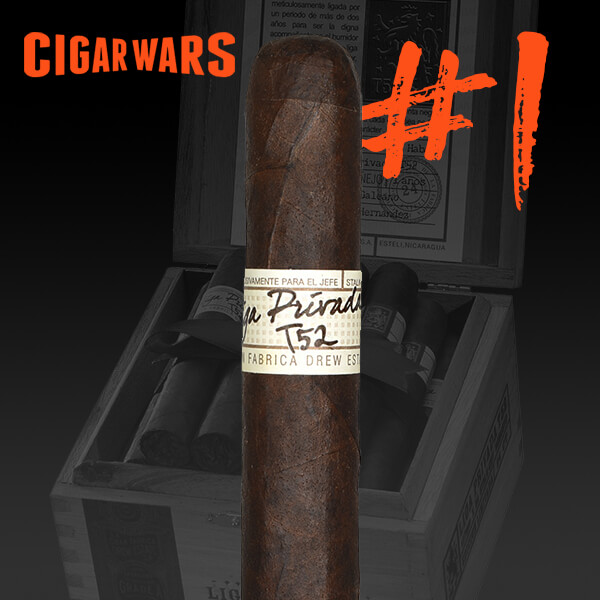 This week after many hard fought battles, Liga Privada T52 emerges victorious landing #1 on Cigar Dojo’s Cigar Wars as voted by all of #DojoNation.

As noted on CigarWars.com, “Cigar Wars was created to give cigar lovers a quick and fun way to rank and rate cigars. The idea for Cigar Wars started a few years ago when Master Sensei from the Cigar Dojo would often post an image of two cigars accompanied by the simple question “If these two cigars got in a fight who would win?”.”

The Liga Privada T52 was meticulously blended over a period of two years to be a worthy humidor companion to our much heralded Liga Privada No. 9 recipe. With notes of black pepper and spice, it is our choice when desiring a stronger, more robust smoke. Like its predecessor, it is a complex marriage of seven distinct aged tobaccos handcrafted by only our absolute best torcedors. Each cigar is guaranteed to be flawless in construction, flavor and character…without exception.

Cigar Dojo’s Master Sensei had this to say, “It’s no easy task to end up number one on the Cigar Wars weekly leaderboard which are generated from the 10’s of thousands of votes placed each week. Drew Estate’s Liga Privada T52 jumped a whopping 43 positions to take last week’s top spot edging out a field of incredible cigars.”

To all the voters on CigarWars and all of #DojoNation, you rock! Keep voting for Drew Estate on CigarWars.net.