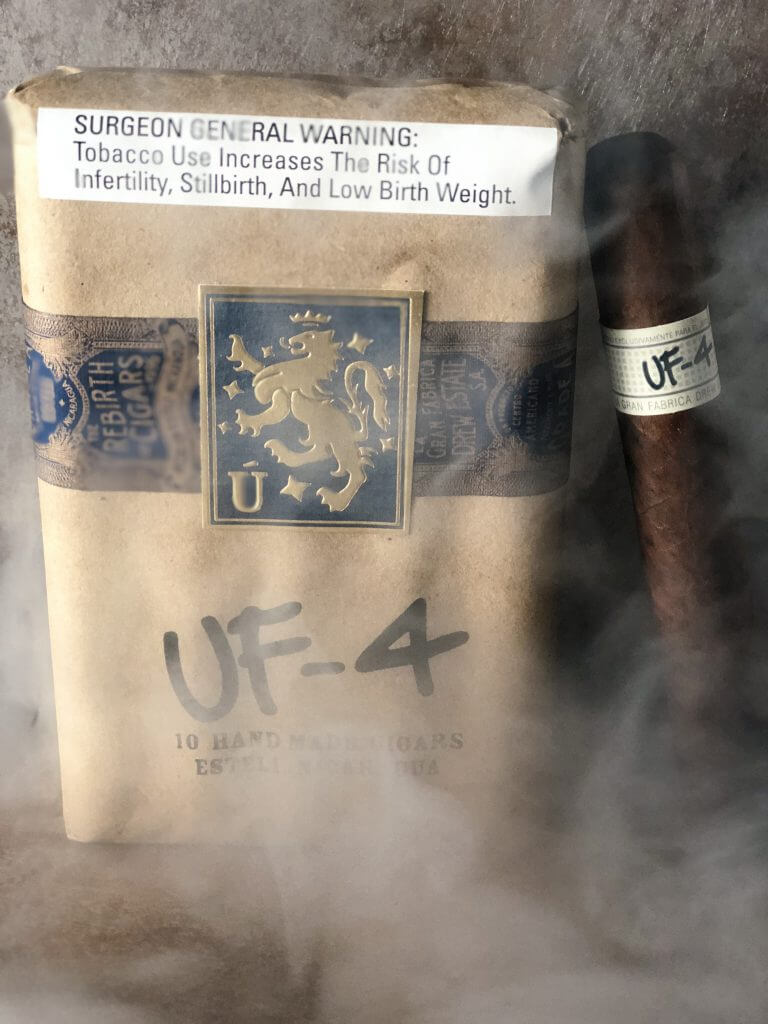 The Liga Privada Unico UF-4 features a lush Connecticut Habano wrapper, Brazillian binder and fillers from Honduras and Nicaragua; all combining into a rich and powerful experience. UF-4 is based on original test blend of the Liga Privada T-52 that was not chosen for production, yet it remains Jonathan Drew’s favorite variant of the blend. The UF-4 was introduced in 2010 and is released annually every October as a Casa de Montecristo exclusive.

“The Liga Privida UF4 has an epic history, beginning with the onset of the Liga Privada movement. At the crossroads of Liga 9 and T52, there was a blend that we called the JD4 because it was my favorite. We kept making small batch after small batch of them and smoking them ourselves at the office and in Nicaragua. Then we released JD4 as a yearly commemorative with Casa in Chicago, but I changed the name to MF4. After Pepin changed his company name to My Father Cigars, we changed the name for the third (and probably final time) to Liga Privada UF-4. I’m proud to continue the legacy of this commemorative blend with Casa de Montecrsito exclusively. It’s juicy and fun.”

Fans of Liga Privada Unico UF-4 are encouraged to download Drew Diplomat the official mobile application of Drew Estate – The Rebirth of Cigars which is now available in the App Store for iPhone®, and iPod Touch® and on Google Play™ for Android™. For more information head to http://drewdiplomat.com

Drew Diplomat: This Weeks Prize Winners 10/27
A Brief History of Tobacco in Louisiana