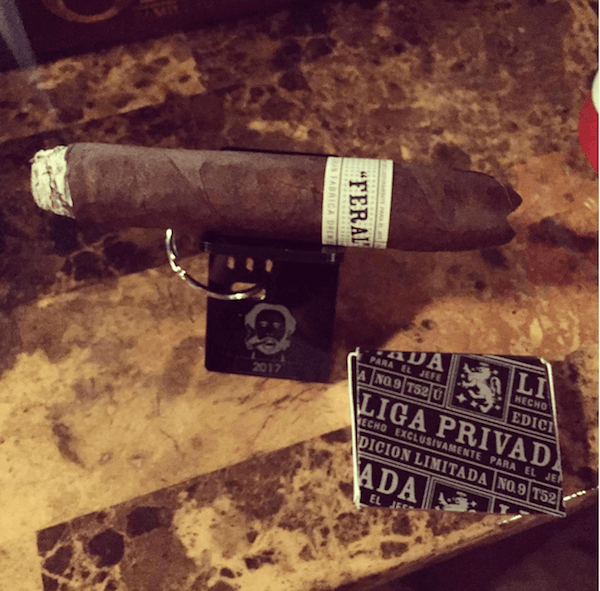 Well everyone it has been an awesome week watching everyone post themselves smoking their rare and aged Liga Privada cigars. We even joined in on the action and lit up a Liga Privada Unico Bashert! Now we ran this contest because Drew Estate cigars are meant to be enjoyed! Sure we keep them for our collections, but at the end of the day a cigar is meant to be smoked. Now we want to congratulate our winner of the Liga Privada Crystal Ashtray and Liga Privada S.T. Dupont @krdshrk on Instagram with his picture above! Keep an eye out for more upcoming contests and always be sure to log your cigars on Drew Diplomat for awesome Subculture Studios prizes!