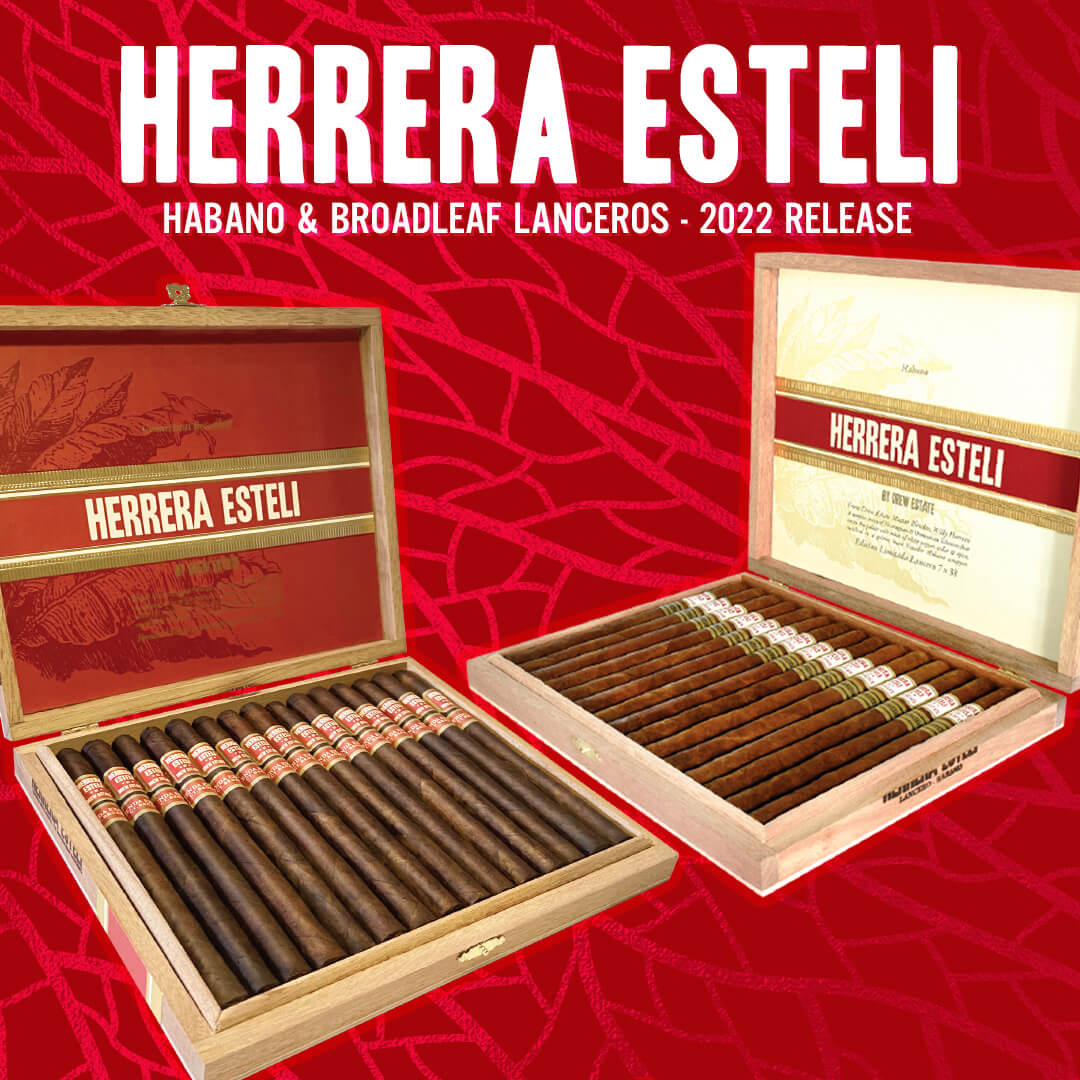 Only four bunchero-rollera teams at La Gran Fabrica Drew Estate are qualified to craft the Lancero size (7 x 38), which is notoriously difficult to make because its narrow ring gauge can restrict the cigar’s draw. Many experienced cigar lovers around the world appreciate the immense skill and dexterous hands required to handcraft the Lancero shape and they also appreciate a Lancero’s tendency to emphasize the strength and flavor characteristics of the wrapper, due to the smaller ratio between wrapper to filler leaves in a Lancero’s blend.

“The Lancero is generally my favorite size, but that’s especially true for the Herrera Estelí Habano and Herrera Estelí Connecticut Broadleaf cigars,” comments Drew Estate Master Blender Willy Herrera. “Both blends are made from wrapper leaves that are rich and bold. The Lancero size allows the smoking characteristics of those beautiful leaves—especially their nuances—to truly grab your attention.”

Medium-bodied with sweet, spicy and cedar wood notes, the Herrera Estelí Habano Lancero is made using a savory Ecuadorian Habano wrapper, Honduran Habano binder and Nicaraguan filler tobaccos. Spicy, elegant and smooth, the Herrera Estelí Connecticut Broadleaf Lancero is composed of an extraordinary higher priming of Connecticut Broadleaf wrapper that Drew Estate reserves for use in only this cigar, blended with a luscious Brazilian Mata Fina binder and opulent Nicaraguan filler tobaccos.

“Lanceros are slender and elegant cigars that present big challenges to cigarmakers,” says Jonathan Drew, Drew Estate’s Founder and President. “These spectacular skinnies are pure phat-on-flavor!!! Our most devoted cigar nerds are gonna be amped when they spark ‘em up. They are truly elegant, like our Master Blender himself. Phenomenal work product from Willy and the team!!!”