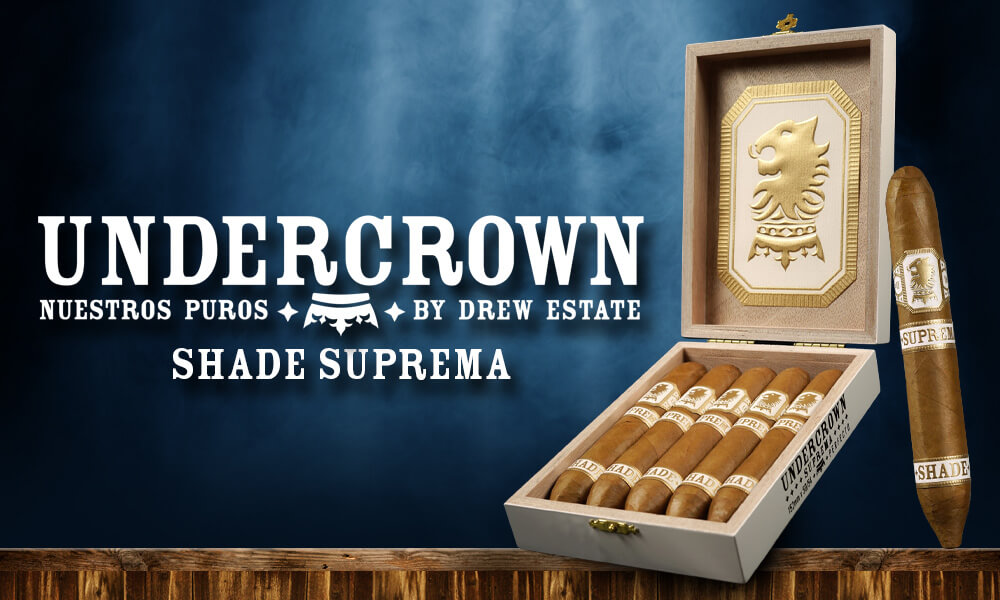 The Limited Edition Undercrown Shade SUPREMA is a 6 x 50-54 perfecto wrapped in a creamy Ecuadorian Connecticut Shade leaf, with rich Sumatran binder and filler leaves of Dominican Criollo 98, Nicaraguan Corojo, and Nicaragua Criollo. The limited vitola presents a bolder profile on the palate compared to core sizes while remaining a smooth smoking experience.

From the Wynwood Safehouse, Jonathan Drew President and Founder of Drew Estate highlights, “Since the release of Undercrown Shade in 2015, it has been a staple in humidors nationwide. We knew it was the right time to release the first Limited Edition for Undercrown Shade, and it’s packaged beautifully in a clean white box. These things are kicking like Judo, Bruce Lee lefts and rights, jabs to the mid-section. These won’t last!”

From the Drew Estate offices, Factory Spokesman Pedro Gomez notes, “Man, when Willy Herrera handed me this stick I immediately knew it was something special bro. Let me tell you something, when I lit this up with my morning cafe I knew I needed more, the creamy bold flavor coming off this SUPREMA is just supreme. Every Undercrown Shade fan needs to smoke this cigar. I’m telling you something.”

The Undercrown Shade SUPREMA is a 6 x 50-54 perfecto, packaged in a 5-count box with an MSRP of $47.99 and will be shipping in September.

For full coverage of Undercrown Shade SUPREMA and all of Drew Estate’s IPCPR national releases check out our 2019 #DEIPCPR promotion at www.drewestate.com/IPCPR. If you are attending IPCPR stop by for a smoke at the Drew Estate Booth (Booth #3213), and a crafted ACID cocktail under the Water Tower.