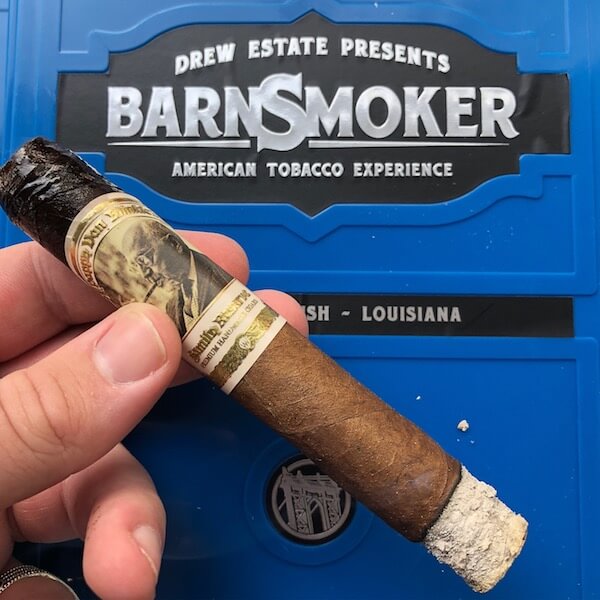 On Saturday November 4th, the St. James Parish opened up their community to Drew Estate and over 350 attendees for the first ever Louisiana Barn Smoker! This region is known throughout the world as the capital of Perique Tobacco. Drew Estate partnered with Mark Ryan, owner of L.A. Poche, to revolutionize the age-old process of Barrel Fermentation but with our Dark Fire Cured Tobacco from Kentucky. This tobacco is highlighted on the Pappy Van Winkle Barrel Fermented cigar which was the main highlight of the event.

On hand at the event were Carrie and Louise Van Winkle, daughters of Julian Van Winkle, who run www.pappyco.com the exclusive retailers of the Pappy Van Winkle Barrel Fermented. 3 years ago after an introduction to Jonathan Drew via a mutual friend, the two teams came together to bring the quality and uniqueness of Pappy Van Winkle to the cigar world. Jonathan brilliantly knew of the barrel fermentation process in Louisiana and wanted to combine it with dark fired tobacco from the heart of bourbon country. Attendees got to hear this story and watch as tobacco was fermenting live in the barrels. The flavor and aroma coming from this tobacco is unlike any other and is what makes the Pappy Van Winkle Barrel Fermented truly special.

Once everyone had completed the tour of the farm, more cigars were lit and the party was rocking! Cigars for Warriors was selling raffling tickets for some beautiful pieces of Subculture Studios art including 2 Mega Standing Ashtrays! Together with Drew Estate, CFW raised over $12,000 in donations to help pay for shipping cigars to soldiers overseas.

We would like to thank everyone who attended the first Louisiana Barn Smoker, and we can’t wait to come back next year! Thank you to Mark Ryan for being a gracious and informative host. Thank you to Pappyco.com for coming out and sharing your story with all our fans, if you have not yet tried the Pappy Van Winkle Barrel Fermented you are missing out on something special. Finally, a thank you to the amazing community of St. James Parish for welcoming our crazy group with open arms and treating us like family. We are partners in this American Tobacco Experience! 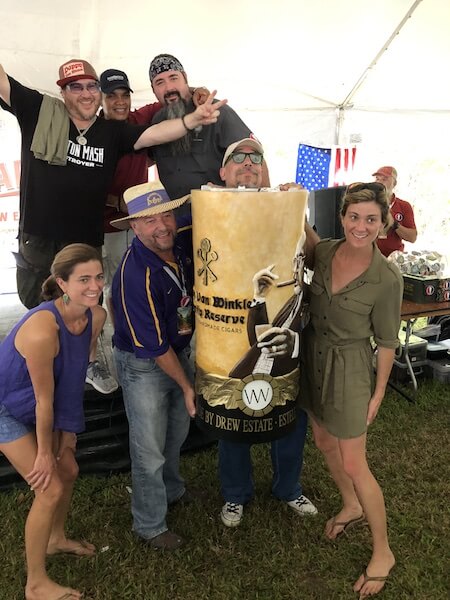 Click here to see pictures of the Louisiana Barn Smoker!