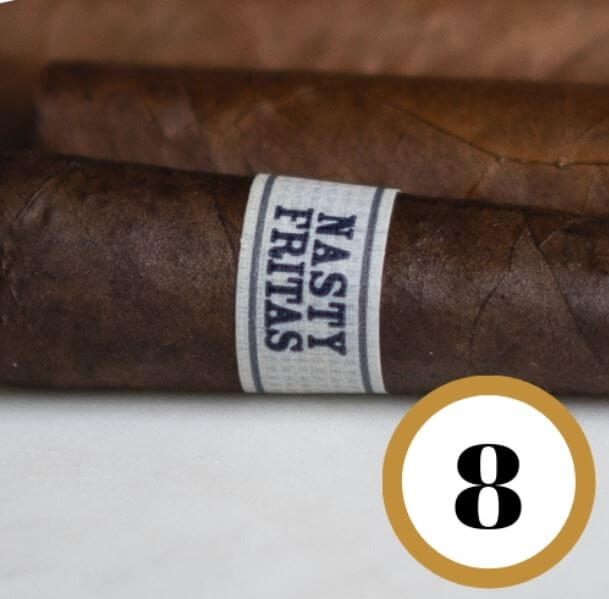 FineTobaccoNYC writes, ” Nasty in name only, this Drew Estate blend punches well above its weight class, and not only in strength. Although quirky in presentation, the closed foot and deeply tapered format create a thoroughly entertaining and enjoyable smoke. This should be a humidor mainstay for short-cigar smokers everywhere. ”

The Nasty Fritas utilizes a Connecticut Broadleaf Oscuro wrapper and a plantation grown Brazilian Mata Fina binder over Nicaraguan and Honduran fillers. Like the Papas Fritas, the Nasty Fritas filler tobacco incorporates left over tobacco leaves that are short cut through the manufacture of Liga Privada No. 9 and Liga Privada T52 cigars.

Regarding the Cinco Decades, they note, ” Joya de Nicaragua prove in Cinco Decadas that they know how to celebrate a half century of craftsmanship. The Cinco Decadas fires on all cylinders, with the Diadema format adding shape and dimension to an already expansive flavor profile. ”

Thank you FineTobaccoNYC, we appreciate and are honored by your rating!