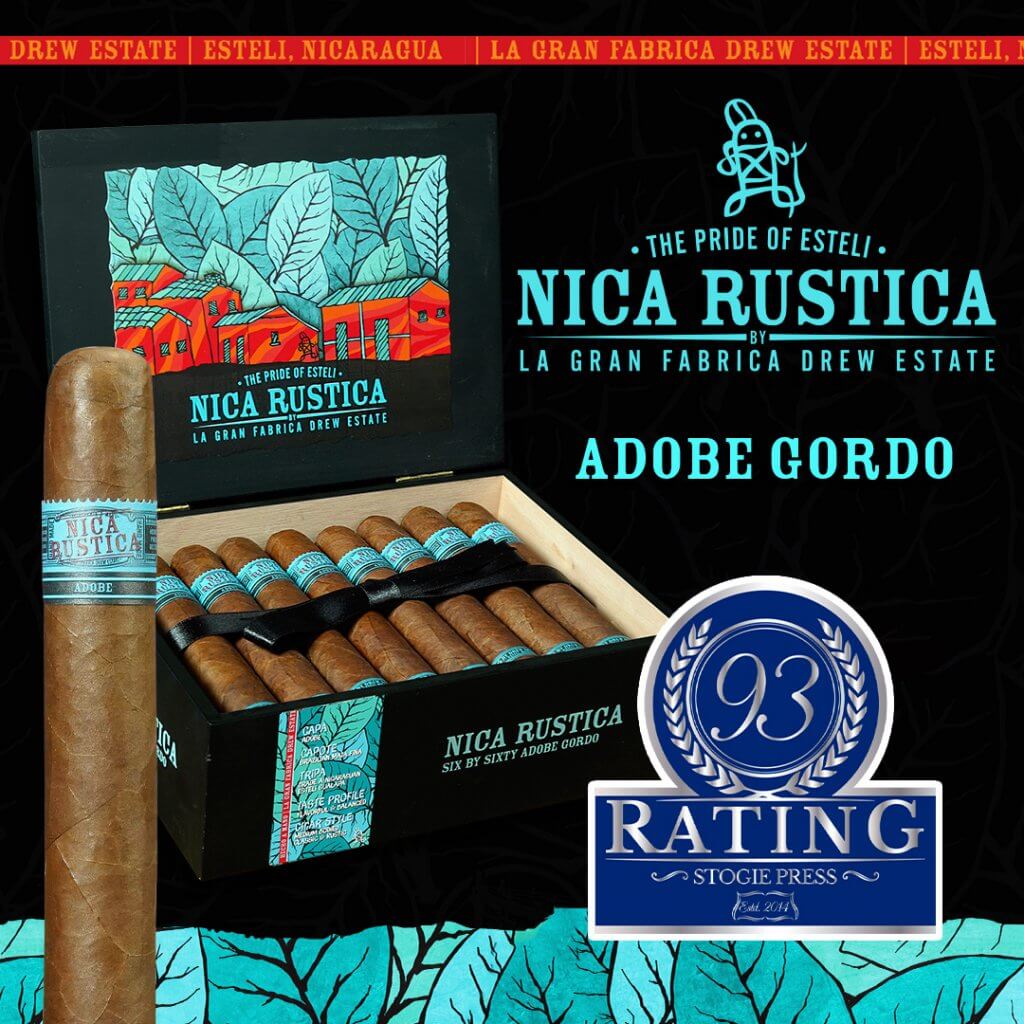 Our friend Boston Jimmie the proprietor of StogiePress.com took our newest offering the Nica Rustica Adobe for a spin and liked what he smoked giving it a stellar 93 rating. Many thanks to Boston Jimmie for the review! If you would like to read the full review head to https://stogiepress.com/cigar-review-drew-estate-nica-rustica-adobe-gordo-rated-93/

Nica Rustica Adobe was initially released as a mystery cigar on Freestyle Live in May of 2022. Nica Rustica Adobe represents the city and people of Esteli, the blend is an Ecuadorian habano with a Brazillian Mata Fina Binder and filler tobacco from Nicaragua. It is available in three sizes (Robusto, Toro and Gordo) and is shipping now.

Here are some excerpts from the review: “The Nica Rustica Adobe has a medium to dark brown wrapper which I would describe as milk chocolate brown. The cigar and it brethren vitolas are well packed and demonstrated no soft spots along the barrel. There is mild sheen to the wrapper leaf and very few noticeable veins. The wrapper is satin smooth to the touch and a well applied double cap finishes the presentation.”

Freestyle Live: Special Edition is back this month on 9/28 where we are unveiling an entire new brand! We are excited to bring the packs back and have a monster sweepstakes included. For more details and to pick up a pack of your own head to drewestate.com/freestylelive2022.