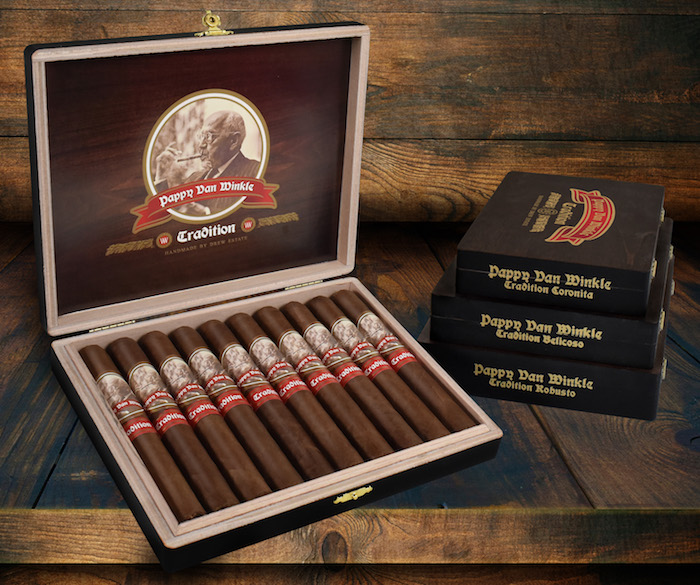 The Pappy Van Winkle Tradition Churchill has been awarded a 92 rating by Cigar Aficionado in their latest issue of Cigar Insider, with the Robusto Grande receiving a 91 rating.

Cigar Aficionado notes the profile of the Pappy Van Winkle Tradition as “rich and spicy from the start, this cigar’s opulent draw shows big notes of almonds, caramel and wood. The coffee-bean nish is long and rich.” 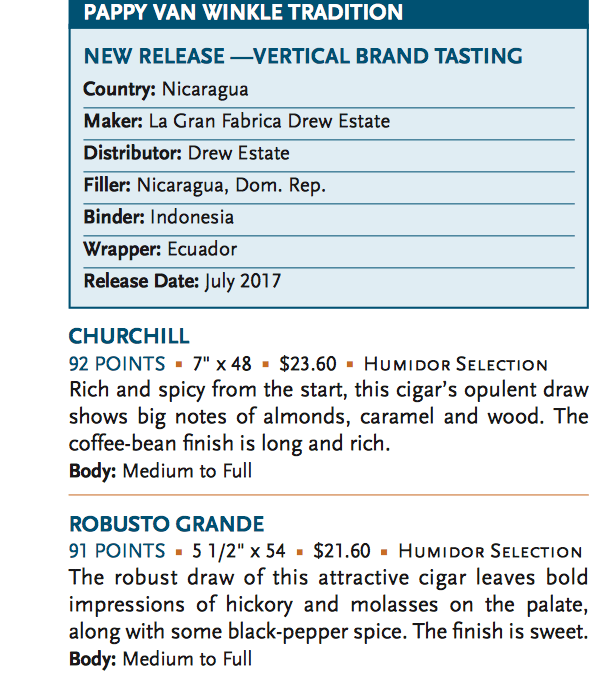