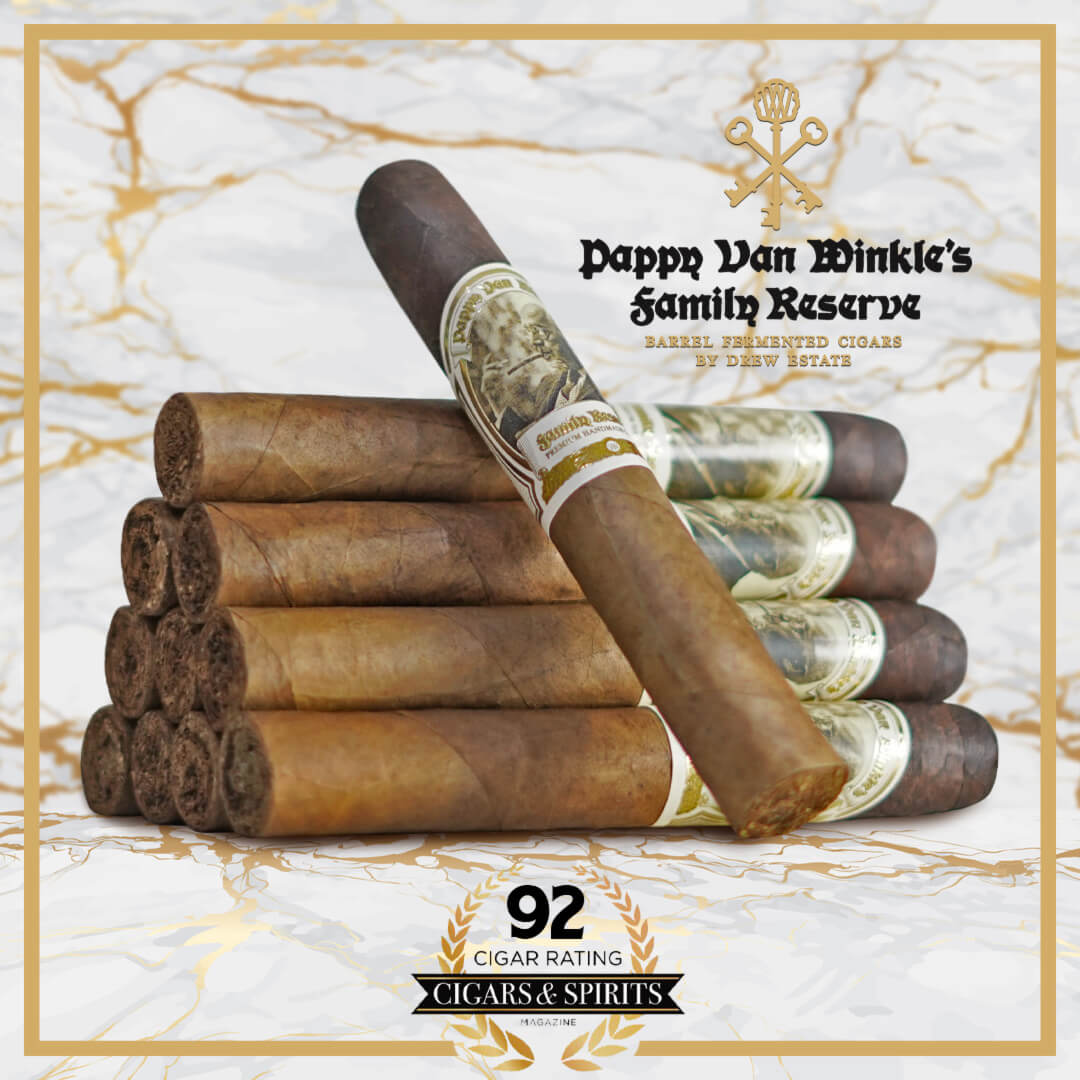 In their latest holiday edition, the team at Cigars & Spirits Magazine have rated the Pappy Van Winkle’s Family Reserve Barrel Fermented Churchill with a stellar 92 rating.

The Pappy Van Winkle Barrel Fermented cigar is a long-filler, premium cigar rolled in limited quantities at La Gran Fabrica Drew Estate in Estelí, Nicaragua. Deep barrel fermentation is the key process that makes this expression vastly different from anything on the market. Hand selected leaves from Kentucky are packed into small torquettes (or bundles of tobacco), which are then loaded strategically into oak bourbon barrels. Water is then added, while immense pressure is applied to the torquettes via railroad jacks. The tobacco is removed 2-3 times per year, shaken out, then repacked. The total process of fermentation takes 12-18 months, leaving a truly unique flavor profile and aroma.

This historic cigar features a barrel fermented “tapa Negra” wrapper over a Mexican San Andres base wrapper, as well as aged Nicaraguan filler tobaccos, personally selected by Jonathan Drew. PVW Barrel Fermented is presented in hand-crafted boxes of 10, sold in brick and mortar stores exclusively by Drew Diplomat Retailers, as well as online through pappyco.com, in the following vitolas: Robusto (5 ¼” x 52), Toro (6 x 52) and Churchill (7 x 48).

The team at Cigars & Spirits Magazine found the 92 rated Churchill to be, “a medium cigar with some bite, it’s well rounded and delivers a mix of mocha and cedar. It has a Bourbon sweetness, some charred wood, sugar cane and caramel with mocha notes featuring both chocolate, coffee and cedar spiciness on the finish.”

Thank you, Cigars & Spirits Magazine, we are honored by your tremendous rating on our latest national release!