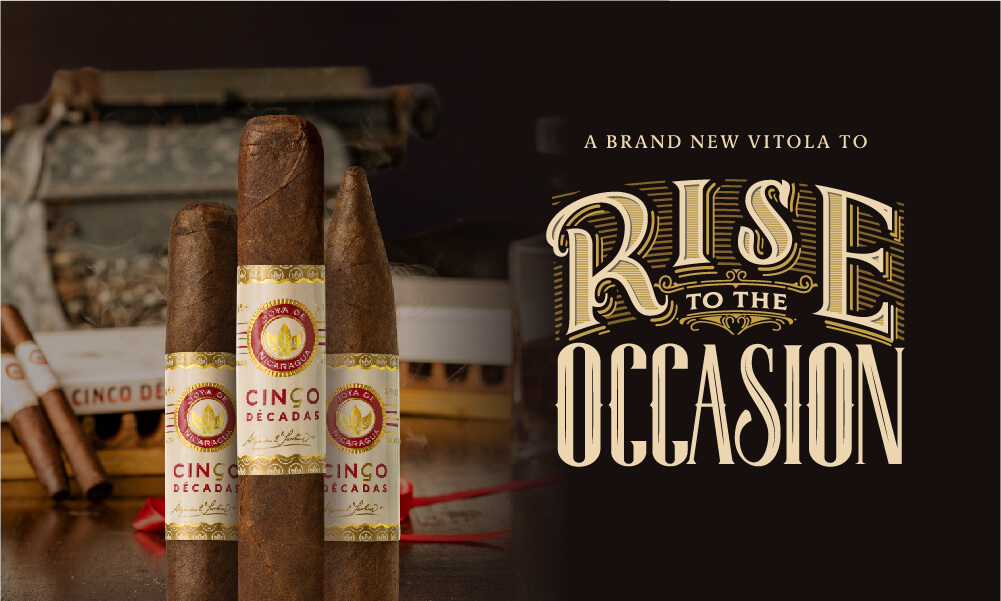 Paying tribute to the visionary businessmen that started all. Introducing Cinco Décadas Fundador: the smoke to rise to the occasion

In 2018, Joya de Nicaragua celebrated its 50th anniversary by sharing with consumers around the world the best cigar that has ever come out of its factory: Cinco Décadas.  From the very first day the company’s strength has lied in its people, who have always been committed to achieving the highest levels of excellence.  Today we pay tribute to the visionaries that ignited the Nicaraguan cigar industry,  Juan Francisco Bermejo and Simón Camacho.  Now, the finest blend of Cinco Decades honors their lofty standard, therefore we named it Fundador.

“When we conceived the concept of the brand, we decided that every year until the next big anniversary, we would nationally release a size that would pay tribute to key characters that shaped the story of our company, and thus, today we commemorate the vision of two immigrant businessmen that transformed our country” said Dr. Alejandro Martinez Cuenca, Chairman and Owner of Joya de Nicaragua.

Cinco Décadas, with a perfect construction, is a cigar of unparalleled elegance. Made exclusively with our prime extra-vintage leaves taken from our most exclusive collection of tobaccos, it carries an immaculate balance accompanied by a luxurious complexity of sweet and spicy flavors. Its silky-smooth smoke delivers a rich and fulfilling experience.

“This stunning cigar comes in a 6 x 54 soft pressed format that will captivate you the moment you light it” extolled Dr. Martínez Cuenca.  This Gran Toro comes in a 10ct box with an MSRP of $20 per stick, and will only be available at selected retailers around the world. In the United States it is a DDRP Exclusive product, that will be shipping as of July 2019.

Cinco Décadas Fundador will be showcased this June at the 87th IPCPR Convention and Trade Show in Las Vegas for all US retailers, and at Intertabac in Dortmund in September.  We invite all to rise to the occasion and pay tribute to those who made it possible for us to enjoy Nicaraguan cigars around the world, and to already expect next year’s commemoration to other protagonists of the story of The Most Nicaraguan Cigar.