Miami, FL – Drew Estate announced today that they would begin offering their Liga Privada Papas Fritas cigar in a newly designed 50-count box. These new boxes will replace the 4-count tins / 28-count boxes that the Papas Fritas line is currently offered in and will, as a result, reduce the single cigar retail price to $5.25 MSRP from it’s current price of $6.40.

When reached for comment, Drew Estate President Michael Cellucci stated that, “Papas Fritas has been a good choice for any Liga Privada fan looking for a short smoke. We needed something for fans of Papas Fritas who already had plenty of tins and wanted a better value, so now we’re offering the cigar with no tin. The tins will now become a collector’s item and the Papas Fritas will be a little more budget friendly. It’s a win-win.”

Please email jbrooke (at) drewestate (dot) com with any questions.

Founded in New York City in 1996, Drew Estate has become one of the fastest growing tobacco companies in the world. Under their mantra “The Rebirth of Cigars”TM, Drew Estate has led The “Boutique Cigar” movement by innovating new elements to the tobacco industry with their unique tobaccos and blending styles that have attracted new and traditional cigar enthusiasts. In their Gran Fabrica Drew Estate, the Nicaraguan headquarters, Drew Estate produces a variety of brands such as ACID, Herrera Estelí, Kentucky Fired Cured, Liga Privada, MUWAT, Natural by Drew Estate, Nica Rustica, Nirvana, Tabak Especial, UnderCrown, and Java by Drew Estate. 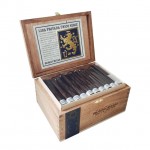 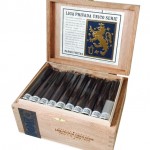 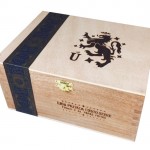