Miami, FL – Drew Estate announced today that they would be launching a new line extension to their Undercrown line – “Undercrown Shade”, a Connecticut Shade- wrapped cigar brand that will join the original San Andres-wrapped line. The new “Undercrown Shade” brand will be displayed in Drew Estate’s booth (Booth #15407) at the 2015 IPCPR Tradeshow in New Orleans, Louisiana.

“Undercrown Shade” marks the first release blended by Drew Estate Master Blender Willy Herrera not to fall under the Herrera Estelí brand family. Herrera’s continued involvement in blending and brand development within Drew Estate is evident with this new blend, as Herrera worked extensively with the Undercrown roller team who blended the original Undercrown line to develop this new Connecticut blend.

When asked about the new cigar, Willy Herrera stated that, “since day one, Drew Estate has demonstrated that no premium cigar company better understands its team, and that the heart of the company is the production floor and factory. This is why I chose to work closely with the rollers responsible for the original Undercrown blend, and challenged them to create a Connecticut blend that would satisfy my palate. It was a long road, taking more than a year to develop. In the end, it was a very rewarding process, as finding a Connecticut blend to fit my palate wasn’t easy. We finally found a marriage of Drew Estate’s unique tobaccos that we believe is really special, and we’re excited to share the new blend with everyone at the IPCPR show.”

The final blend is medium-bodied, lush & ultra-smooth, flavors that only a shade grown wrapper can deliver. And so it is with great bravado that we share “Undercrown Shade”, and the continuing story from our factory floor.

Founded in New York City in 1996, Drew Estate has become one of the fastest growing tobacco companies in the world. Under their mantra “The Rebirth of Cigars” ® , Drew Estate has led the “Boutique Cigar” movement by innovating new elements to the tobacco industry with their unique tobaccos and blending styles that have attracted new and traditional cigar enthusiasts. In their Gran Fabrica Drew Estate, the Nicaraguan headquarters, Drew Estate produces a variety of brands such as ACID, Herrera Estelí, Herrera Estelí Norteño, Kentucky Fired Cured, Liga Privada, MUWAT, Natural by Drew Estate, Nica Rustica, Nirvana, Pappy Van Winkle Barrel Fermented Cigars, Tabak Especial, Undercrown, and Java by Drew Estate.

To learn more about the new Undercrown Shade and all of Drew Estate’s 2015 IPCPR releases, visit: https://drewestate.com/ipcpr 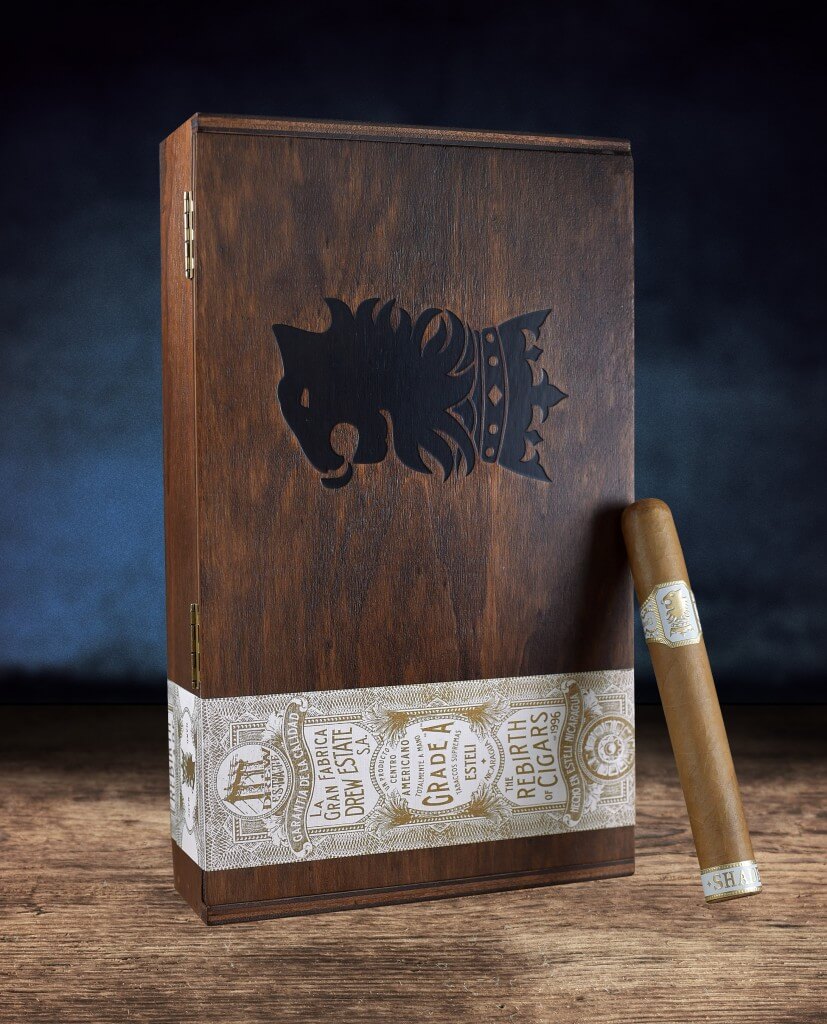