I met them all and one of the girls assigned Tito (TECHO volunteer); I explained my situation to him, he said “If you want, we can go see your house now” and I brought him here.

He saw my old house, it was made of plastic, some pieces of zinc sheets we found and cardboard, he started writing in a paper. I explained that we are eight people: Manuel my husband, José my brother, my daughters Carmen and Alba, and my four grand-children. He said “Doña Rosa, this is not 100% sure, I’m not promising anything, but I will do everything I can to help you”.

I prayed and went to church everyday to ask God for my little house, it was a great sacrifice to get this house, you know, so I thank God first for giving us this opportunity.

TECHO guys came to visit me like four times, then we had meetings, after that we had workshops, in the workshops we talked about what were our needs and what we would like to have. I explained to them that I was not wishing big things; with my little house was enough, maybe in the future I could fix the kitchen, because we have it outside and it works with wood, but mostly my house, that was all.

They also explained we needed to pay an amount of money, so when we had half of the money, I told Manuel ‘We need to save more! we are not going to spend all the money on food, it will be just four weeks to get all the $ and we’ll deposit it’; my daughters told me not to worry, they would help too, but I told them that it wasn’t necessary, they had kids and were single moms. Manuel and I would get it’, so little by little we did it and went to the bank to deposit all of it’.

Days later TECHO called to let us know they were going to build our house in two weeks; after that I felt less worried, because before I was feeling tired and sad, I started thinking that it was very difficult; it’s been forty-seven years living in other people’s house, it was too much! A lot of neighbors had fixed their houses and now they are not flooding in mud, only my house was made of cardboard. Thanks God, I have rested well since I got my house on time, I was also worried because raining season is coming.

After the workshops I also learnt to save money, so when I can get C$ 5.00 or C$10.00 Córdobas ($0.25-$0.50 dollars), I sent my grandchild to church to give it as an offering. I’m still waiting for someday have enough money to make a whole Vigil (Christian- religious ritual) to thank God for this amazing blessing and invite my friends/neighbors to celebrate with me. 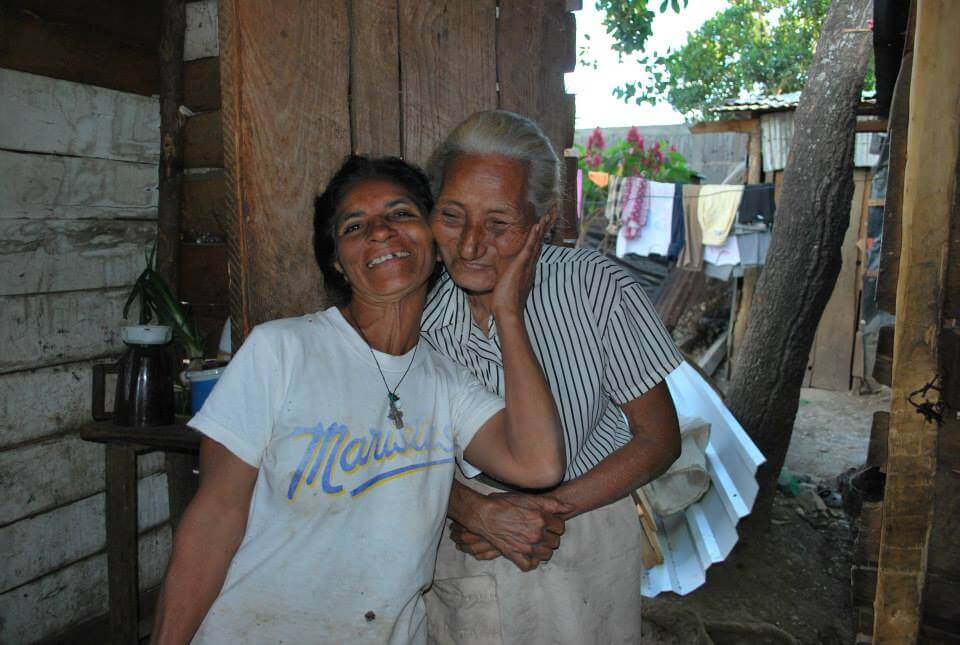 A couple of days before the construction, they let me know we had to go where they had the materials and bring them here; but there was no one with me, everybody was working! The neighbors usually get together to read the bible in front, so they came to me and asked what was going on and I explained to them, that’s when all of them went with me to bring them, it was late night when we finished but I was ready for the building on Saturday.

The construction was good, my brother and two neighbors helped the volunteers to build it. I took care of making lunch for them. They were very nice with us and they were from different places. On Sunday afternoon, the house was finished and we were so happy!” 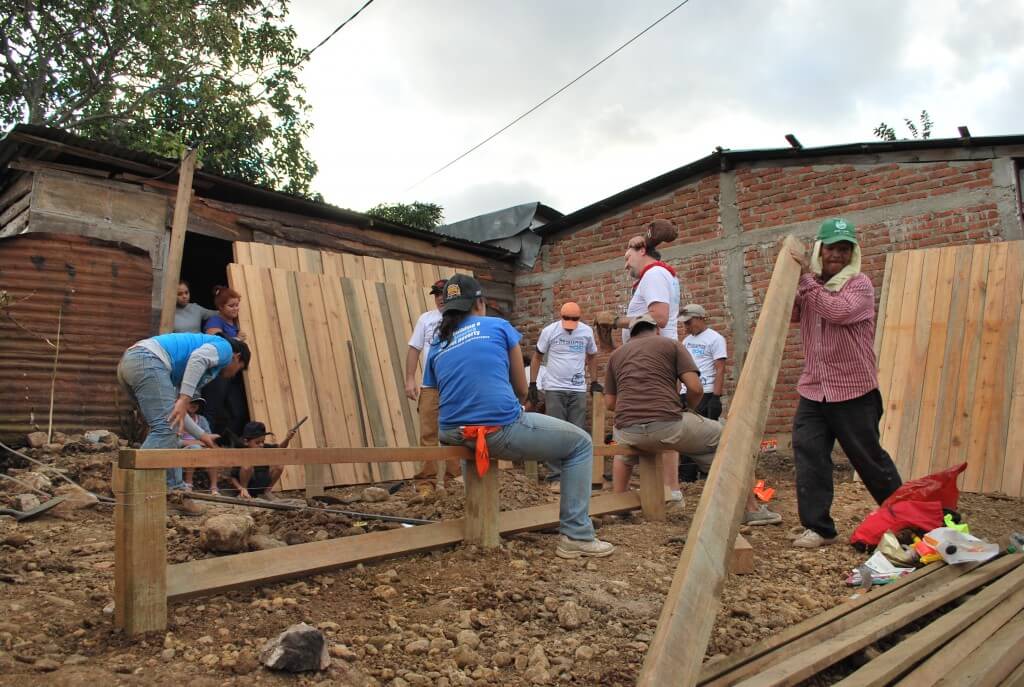 Rosa Argentina and family now live more comfortable and secure. In the last visit with them, they explained how everything was getting better; her husband was getting more jobs in construction and her brother at cutting grass at farms.

They also have started to save money to fix the old house with better materials so they will have more space for everyone. 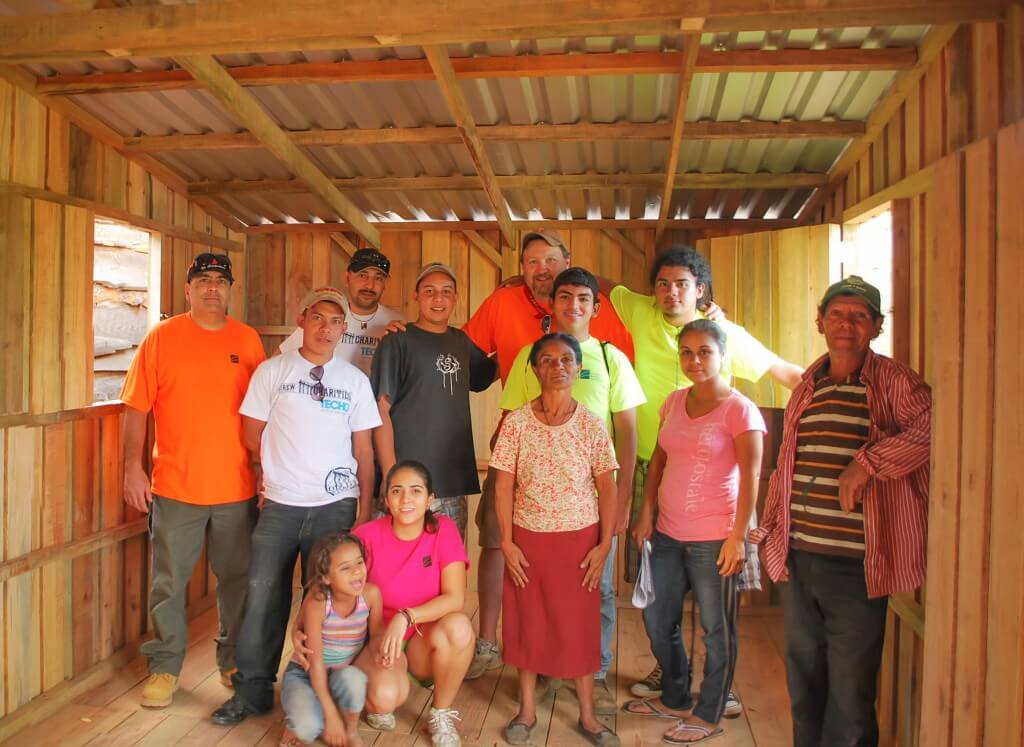